Knesset members from Habayit Hayehudi and Likud (government coalition parties) on Wednesday tabled a bill that would legalize Jewish outposts built on privately owned Palestinian land in the West Bank.

According to Haaretz, “It is still not clear whether the bill will receive the support of attorney general Avichai Mandelblit, who ruled that a previous bill on the subject was unconstitutional and would not stand up to the scrutiny of the high court of justice.”

Moreover, if the bill was passed, it would only apply to illegal outposts that the government was involved in establishing, such as the highly contentious outpost of Amona, whose residents face a high court eviction order, which must be enforced by December 25.
28 oct 2016
Israel sanctions “carrot and stick policy” against West Bankers

The Israeli security cabinet recently decided in a secret meeting to pursue a carrot and stick plan, which was proposed by Israeli war minister Avigdor Lieberman, against the Palestinians in the West Bank.

According to Lieberman’s carrot and stick plan, severe punitive measures would be taken against residents of any Palestinian area in the West Bank if any one of them launched attacks against Israelis, while those prepared to live peacefully with Jewish settlers would receive privileges and construction permits.

The security cabinet decision, the first of its kind, was kept under wraps to avoid protest from Jewish communities in the region because it will give the Palestinians a chance to build homes in Area C of the West Bank, according to a Haaretz report Thursday. The decision was made on October 5.
23 oct 2016
Coalition chairman's bill to ban Israelis from speaking at international agencies 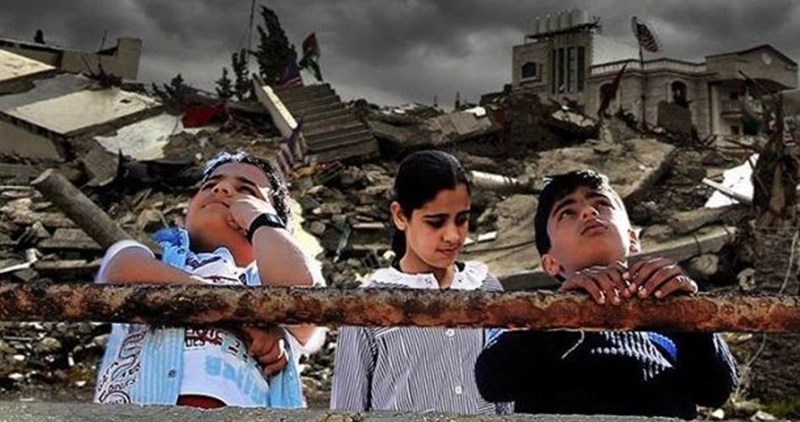 MK David Bitan is seeking to prevent Israelis from addressing international bodies like the UN and imposing sanctions on those who do, claiming that limiting the venues for free expression does not limit the freedom of expression.

MK David Bitan is seeking to prevent Israelis from addressing international bodies like the UN and imposing sanctions on those who do, claiming that limiting the venues for free expression does not limit the freedom of expression.

Bitan, trained as a lawyer, announced on Friday that he is considering revoking the citizenship of B'Tselem Executive Director Hagai El-Ad, following his speech last week before the UN Security Council in which he attacked Israeli policy and called on the council to take immediate action to end the occupation.

The MK emphasized that there is no current legal precedent to revoke El-Ad's citizenship, but added, "There is a legal way that I'm still looking into. I'll tell you bluntly, if I were the Interior Minister I would revoke his citizenship."

The bill, when it is presented to the Knesset, is likely to be controversial even inside the coalition itself. Bitan claims that it would not be a blow to freedom of expression, as opinions would be permitted at any other forum.

Members of the opposition has already condemned the bill. Yoel Hasson (Zionist Union) said on Friday evening, "David Bitan's laws will bring international sanctions on Israel. Likud MKs play around with wacky and marginal bills, most of which are bad jokes—parliamentary farces. But Bitan advocates dangerous legislation that will undermine the democratic foundations of Israel and will result in sanctions and hostility from the free world towards it. It is unfortunate that we don't have a responsible prime minister who knows how to deal with the insanity seizing our government."
14 oct 2016
Netanyahu to delay Amona evacuation for six months

Israeli premier Benjamin Netanyahu decided in a meeting on Thursday with some of his right-wing ministers to ask the high court of justice for a six-month delay in evacuating the illegal West Bank outpost of Amona.

According to Israel’s Channel 10, the decision to appeal to the court was made after education minister Naftali Bennett, who heads the Bayit Yehudi party, threatened Netanyahu that his party would leave the coalition if the evacuation of Amona was not postponed or canceled.

Netanyahu then met with Bennett, justice minister Ayelet Shaked (Bayit Yehudi), war minister Avigdor Lieberman and other senior government officials in order to find a solution to Amona, which was built in 1995 on Palestinian-owned land east of Ramallah.

The government now plans to let Amona stay on the same hilltop but not at its current location. The goal is to make every effort to relocate it to a nearby annexed plot of Palestinian land.

Israel's deputy attorney general has rejected a petition filed by a Palestinian family from al-Issawiya district in east Jerusalem against the police's decision to end their investigation into a shooting incident that rendered its son badly wounded.

According to Haaretz newspaper on Tuesday, a police unit assigned to investigate the incident did not question anyone from the police about the shooting of 12-year-old Ahmed Abu Hems and decided recently to close the case.

Abu Hems suffered a serious brain damage when an Israeli policeman fired randomly sponge-tipped bullets last January during skirmishes in Issawiya. One of those bullets penetrated his head.

Eyewitnesses affirmed the boy was not participating in the events at the time. He was caught up in clashes between Palestinian young people and Israeli policemen while en route to see his sister.

Ahmed is among many Palestinians wounded by a new type of anti-riot bullet that the Israeli police started using about two years ago, rights groups say.

While it is not designed to be lethal, the new sponge-tipped bullet (model 4557) has the ability to inflict heavy physical damage that can lead to death according to the severity of injury. The Israeli police regularly use such bullets during clashes with Palestinians, mainly in east Jerusalem.
22 sept 2016
Palestinians raise objections over Israel’s land misappropriation

Israel is considering classifying 39 Palestinian land lots as absentees property as part of its intents to expand the Amona outpost.

A couple of weeks earlier, Palestinians from nearby towns filed similar objections and provided pictures proving that the land lots were cultivated by Palestinians after and prior to 1967.

According to the Hebrew daily Haaretz, the Israeli government's legal adviser has been seeking a way to declare the lands as absentee property abandoned by its owners in 1967.

The Amona illegal settlement outpost is built on Palestinian private lands. Israeli residents of the outpost and 25 MKs and ministers from the Likud party called for the enactment of a law legitimizing the settlement units built on those lands.
20 sept 2016
Dayan calls for not suing soldiers over killing Palestinians

Former deputy chief of the Israeli army Uzi Dayan has called for not condemning or holding trials for soldiers who kill potential attackers or wounded Palestinians posing no threat to Israeli lives.

Dayan made these remarks on Monday at the Jaffa military court in defense of Elor Azaria, the soldier who is charged with manslaughter in the killing of a wounded Palestinian attacker in al-Khalil city last March, according to Israel's Channel 2.

The army official affirmed that he allowed soldiers during his years of service to kill Palestinians whether they were dangerous or not, and did not ask the military police to investigate killing incidents.

Azaria was caught on video shooting in cold blood a wounded Palestinian in the head as he was lying on the ground in al-Khalil on March 24.
16 sept 2016
Abu Khdeir family appeals to ICC

Two years after their son's gruesome murder, the family of slain Muhammad Abu Khdeir announced their intent to appeal to the International Criminal Court (ICC) to sue the Israeli criminals for burning their son alive.

Earlier, the family appealed to the Israeli High Court to demolish the homes of the Israeli perpetrators in an attempt to force the Israeli occupation authorities to treat Israeli criminals and Palestinian anti-occupation attackers with the same measures.

16-year-old Muhammad Abu Khdeir was kidnapped by Israeli settler gangs a couple of years ago from the Shu’fat refugee camp, in northern Occupied Jerusalem, and was burned to death.

His father Hussein Abu Khdeir said in case his appeals are turned down by the Israeli court, he will sue the Israeli criminals at the ICC.

Hussein Abu Khdeir slammed the Israeli prosecution for rejecting the family’s appeals to demolish the homes of the three Israeli terrorists who kidnapped and burned his son alive.

Days after the sentencing of the main suspect, Ben David, in May 2016, Abu Khdeir appealed to the then war minister Moshe Yaalon to demand the demolition of the homes of all three Israeli perpetrators so as to reduce the phenomenon of terrorism against innocent Palestinians.

The court decision falls in line with a similar decision announced by the former Israeli war minister who declined to demolish the homes of the Israeli assailants, saying the case of Israeli extremism was exceptional and did not enjoy support of Israeli society.

By contrast, demolishing homes of Palestinian assailants served as a deterrent because anti-occupation acts are widely supported by Palestinian society, according to the minister.

Observes said Israeli terrorism has been on the rise and requires harsher tactics, naming a 2015 attack by Israeli arsonists on the Dawabsheh family home in the Palestinian village of Duma, which killed an 18-month toddler and his parents.