The Palestinian Detainees’ Committee have reported, Saturday, that ten detainees have died in Israeli prisons since the year 2010, and that the total number of detainees who died in prison, due to various reasons, including torture and medical neglect, since the year 1967 has arrived to 210.

The Committee stated that the latest casualty was detainee Mohammad Amer al-Jallad, 24, from Tulkarem in the northern part of the occupied West Bank, who died on February 10th, 2017, at an Israeli hospital.

Israeli soldiers shot and seriously injured him, on November 9, 2016, after claiming that he attempted to stab them at the roadblock, and was moved to the Intensive Care Unit at Beilinson Israeli hospital, suffering gunshot wounds to the chest, but remained in a critical condition until his death.

The Detainees’ Committee stated that 58 Palestinian detainees have died due to medical neglect by the Israeli Prison Authority, and most of them were only moved to hospitals after their health conditions became terminal.

It added that 71 Palestinian detainees died while being tortured during interrogation, 7 died after being beaten or shot while in prison, and 74 were executed by the arresting officers, under various allegations.

There are also hundreds of freed detainees who died shortly after their release, as they suffered various serious illnesses while in prison, and never received the adequate and specialized medical attention.

One of them is Na’im Shawamra, from Doura town, in the southern West Bank district of Hebron who died on August 06, 2016.

The Committee sated that Israel’s prisons, detention and interrogation centers became places “where death and its seeds are planted in the detainees’ bodies,” and added that 10 Palestinian detainees have died in Israeli prisons since the year 2010.

“This is a very serious issue; what is happening is a war crime, a premeditated crime against humanity” the Committee stated in its report. 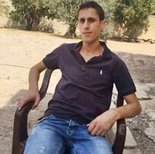 Head of the the PA committee for prisoners’ affairs Issa Qaraqe affirmed in a brief statement issued Friday afternoon the death of the injured prisoner Mohamed Jalad.

Jalad was arrested in Nov. 2016 after being seriously injured by Israeli forces for an alleged stabbing attack near Hawara checkpoint, Qaraqe pointed out.

Qaraqe has previously warned more than once of Jalad’s serious health condition.

A Palestinian held in Israeli custody succumbed to his wounds on Friday after being shot by Israeli forces in Nov. for allegedly attempting to carry out a stabbing attack.

Issa Qaraqe, the head of the Palestinian Committee of Prisoners’ Affairs, told Ma’an that 24-year-old Muhammad al-Jallad (also reported as Muhammad Amr) died in Israeli custody while at the Beilinson Hospital in the city of Petah Tikva in central Israel.

Al-Jallad was shot by Israeli forces on Nov. 9, 2016 at the Huwwara military checkpoint in the southern part of the occupied West Bank district of Nablus, Qaraqe said.

Israeli authorities claimed that al-Jallad had attempted to stab an Israeli soldier with a screwdriver before Israeli forces opened live fire on him.

According to Qaraqe, Israeli forces took al-Jallad into custody at the time and transported him to Beilinson hospital for treatment.

Qaraqe added that al-Jallad had also suffered from lymphoma.

Al-Jallad became the ninth Palestinian to be killed by Israeli forces this year, with 112 Palestinians killed in 2016, according to Ma’an documentation.

Israel has come under repeated criticism for using lethal force on Palestinians when they pose no harm or they could be detained through nonlethal means, with the PLO labeling the deaths "extrajudicial executions."

Local sources identified the prisoner as Mohamed Nabeel Buseila, 17, who was jailed for long time under criminal charges.

The prisoner was transferred to hospital late yesterday after suffering sharp pains where he was proclaimed dead.

Buseila’s family called for an independent probe, describing the circumstances of his death as "mysterious."
26 dec 2016
Elderly Syrian Detainee From Golan Dies In Israeli Prison

The head of the Palestinian Detainees’ Committee Issa Qaraqe stated that an elderly Syrian detainee from the Israeli occupied Syrian Golan Heights, died in detention under circumstances that remain unclear due to lack of information from the Israeli side.

Qaraqe stated that the detainee, identified as As’ad al-Wali, 70, was serving an eight-month sentence, after an Israeli court “convicted him of building a home without a permit.”

The Detainees’ Committee said the al-Wali is from Masada town, in the Golan, and that his body was delivered to his family at the Safed Hospital. His funeral and burial ceremony will be held, Monday, in Masada.

It is worth mentioning that al-Wali is a well-known leader and figure of the national movement in the occupied Golan Heights, and was imprisoned by Israeli in the seventies of last century.

Prisoner Asaad al-Wali, from the occupied Golan Heights, died inside an Israeli jail on Sunday while he was serving an eight-month sentence.

According to local sources, al-Wali’s family received the dead body from Safad hospital without mentioning the death cause.

The casualty, a tutor, is an active anti-occupation campaigner in the Golan Heights. He was arrested in the 1970’s and kicked out of his work on charges of involvement in anti-occupation activism.
27 sept 2016
Qaraqe: Israeli jails turned into death camps

Head of the Palestinian committee for prisoners’ affairs Issa Qaraqe said Tuesday that Israeli prisons have turned into death camps for Palestinian prisoners.

Qaraqe pointed out that nine Palestinian prisoners died since 2000 due to the Israeli deliberate medical negligence.

He blamed the Israeli authorities for Yasser Hamdouni’s death, which he said was a result of their deliberate medical negligence.

Hamdouni had earlier sent a letter in 2015, in which he launched a cry for help as his health situation had greatly worsened due to the Israeli systematic and deliberate medical negligence.

Qaraqe held the Israeli prison authorities responsible for Hamdouni’s death, saying the casualty was not treated for the critical cardiovascular disorders he had been suffering from despite his frequent cries for help.

He called on PA chairman Mahmoud Abbas to prosecute Israel at the International Criminal Court over its deliberate medical negligence policy. He also called on the United Nations to form an investigatory committee to check on the sick prisoners’ detention conditions.
Cadaver of Palestinian victim of medical neglect released from Israeli jail

The Detainees and Ex-Detainees Affairs Commission said on Monday that the Israeli occupation authorities returned the body of Yasser Hamdouni, who was killed by preplanned medical neglect in an Israeli jail.

This came after the body of Hamdouni, who died at the Ramla prison hospital on Sunday, underwent forensic examination at Abu Kabir Forensic Institute in Tel Aviv in the presence of two Palestinian medical practitioners.

The commission blamed the Israeli authorities for Hamdouni’s death, which it said was a result of their deliberate medical negligence.

A preliminary Israeli autopsy has claimed the cause of death of 40-year-old Hamdouni was cardiomegaly, a condition in which the heart is enlarged and can lead to sudden cardiac death. Initial reports indicated the prisoner had died of either a stroke or a heart attack.

The Commission said that the autopsy of Hamdouni’s body was carried out in the Abu Kabir Forensic Institute in Tel Aviv with the participation of two Palestinian doctors -- Ashraf al-Qadi and Rayan Ali. Two lawyers from the Committee, Iyad Misk and Karim Ajwa, also attended autopsy.

The commission held the Israeli prison authorities responsible for Hamdouni’s death, saying the casualty was not treated for the critical cardiovascular disorders he had been suffering despite his frequent cries for help.

According to the Palestinian prisoners’ solidarity network Samidoun, during his internment inside Israel’s Nafha prison, Hamdouni had also gone on hunger strike in protest at his medical neglect solitary confinement.

He finally underwent a cardiac catheterization surgery in Israel’s Afoula hospital in January 2015 but remained in a serious health condition as a result of inadequate medical follow-up.

Shortly after the autopsy, Israeli ambulances carrying Hamdouni’s body headed to the Jalama military checkpoint to hand it over to the Palestinian authorities.

Qadri Kabeesa, a relative of Hamdouni, called on the Palestinian masses to join the funeral, set to be held sometime on Tuesday.

The Palestinian Prisoners Society said Hamdouni succumbed to a stroke caught in the Ramon jail moments after he was transferred to the Israeli Soroka Hospital.

A native of the village of Yaabad, in the northern occupied West Bank district of Jenin, Hamdouni was arrested by the Israeli occupation army in June, 2003.

The detainee had been serving a life sentence in Israeli lock-ups before he was announced dead on Sunday morning.
Autopsy: Palestinian Detainee Died of Heart Condition, Following Longstanding Neglect by Doctors

An autopsy has confirmed that the cause of death for 41-year-old Palestinian prisoner Yasser Thiab Hamdouni, who died in Israeli custody Sunday morning, was cardiomegaly, a condition in which the heart is enlarged, and can lead to sudden death.

A statement from the Palestinian Committee of Prisoners’ Affairs, released on Monday, announced the cause of death following the autopsy. Initial reports indicated the prisoner had died of either a stroke or of a heart attack.

The committee said that the autopsy of Hamdouni’s body was carried out in the Abu Kabir Forensic Institute, in Tel Aviv, with the participation of two Palestinian doctors — Ashraf al-Qadi and Rayan Ali — as was ordered by the Israeli central court the day prior.

According to Maan News Agency, two lawyers from the committee, Iyad Misk and Karim Ajwa, also attended autopsy. Hamdouni’s body is, reportedly, to be returned to his family on Monday. He is from the village of Yaabad, in the northern occupied West Bank district of Jenin.

The committee’s statement reiterated the accusation that Hamdouni faced deliberate medical negligence by Israeli prison authorities and doctors, who were aware of the fact that he had been suffering from a number of health issues, including shortness of breath, heart problems, and ear pains.

He was severely beaten by prison guards in 2003, after his imprisonment in June of that year, and had since been taken to the al-Ramla prison clinic a number of times, after his health deteriorated, where lawyers and prisoners’ rights groups familiar with the case said he was routinely denied adequate treatment.

He finally underwent cardiac catheterization surgery in Israel’s Afula hospital, in January of 2015, and continued to remain in serious health condition after being denied the necessary medical checkups, and was only provided anticoagulant medication as treatment.

According to the Palestinian prisoners’ solidarity network Samidoun, during his internment inside Israel’s Nafha prison, Hamdouni had also gone on hunger strike in protest of his medical neglect and was being held in isolation. Hamas spokesman Abd al-Rahman Shadid said, in a statement on Sunday, that Hamdouni’s death “showcased the Israeli occupation’s cruel brutality,” affirming that no Palestinian prisoner held in Israeli prisons or jails was safe.

Hamas spokesman Sami Abu Zuhri, meanwhile, urged the international community to “quit dealing in double standards and hold the (Israeli) occupation responsible for the violations and neglect of Palestinian prisoners who suffer in Israeli jails.”

Palestinians detained by Israel also announced, Sunday, a three-day hunger strike in protest and mourning following the news of Hamdouni’s death. The Committee of Prisoners’ Affairs reported that Israeli prison forces had raided a number of sections in Nafha prison and assaulted Palestinian prisoners, following a protest by the detainees over Hamdouni’s death.

According to the Palestinian Prisoner’s Society (PPS), a total of 208 Palestinians have died in Israeli prisons since 1967, with another eight dying shortly after being released, due to medical negligence while in Israeli custody.

In August, a number of Palestinian rights organizations established a committee to follow the cases of Palestinians in poor health being held in Israeli prisons.
The organizations’ officials said that more than 700 Palestinian prisoners were suffering due to poor medical access, 150 of whom reportedly in serious health conditions requiring “immediate medical intervention.”