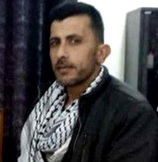 The Palestinian Prisoner Society said Friday that hunger striking prisoner Sami Janazra was transferred anew to Soroka hospital in Beersheba after a serious decline in his health condition.

Janazra, a 43-year-old citizen from al-Fawwar refugee camp in al-Khalil, has been on hunger strike for 59 days in protest at his detention administratively since November 15, 2015.

He started his hunger strike on March 3, 2016 in al-Negev jail before he was transferred to several other jails and finally to Ela prison.