Israeli soldiers shot and detained a Palestinian near the separation barrier in the north of the West Bank in addition to detaining 10 others in raids at their homes, today said the Palestinian Prisoner Society (PPS).

It said the soldiers shot and injured Adnan Maali from the northern West Bank city of Jenin and detained him while near the separation barrier in Tulkarm. video

Another person was detained from Bartaa, near Jenin.

Soldiers also detained three other young Palestinians ranging in age between 18 and 21 years from Shweikeh neighborhood in the northern West Bank city of Tulkarm and later released the 18-year-old.

In the south of the West Bank, soldiers detained a 34-year-old resident of Bethlehem.

Two others were detained, said the PPS, one in Ramallah and the second in Jericho.

Israeli occupation forces on Wednesday evening arrested three Palestinian youths after severely beating them in the Old City of Jerusalem.

The same sources said that the three detainees suffered wounds as they were violently beaten by the IOF soldiers before they were dragged out of the area.
Four Palestinians kidnaped by IOF in W. Bank and J’lem

According to local sources in Jerusalem, Israeli police forces kidnaped Mohamed Attoun, the young son of MP Ahmed Attoun, from his home in the holy city.

In al-Khalil, the IOF kidnaped a young man identified as Mohamed Aslimia from his home in Idhna town.

In a separate incident, the Israeli police prevented a Jerusalemite Musaherati called Areen al-Za’anin from doing his job and waking up the residents for the Sahur meal before the dawn call to prayer.

Local sources said that police officers threatened to arrest and fine Za’anin if he left his home after midnight to wake up the local residents for the Sahur meal.
Three Palestinian women in Damon jail deprived of contacting families
There are 41 Palestinian women, including 17 mothers, being held in Israeli jails.
Israeli police prevent Ramadan musaharati from doing his job in East Jerusalem neighborhoods

Israeli police prevented this morning the Ramadan musaharati, the person who wakes people up before dawn to eat in order to start the day-long fast, from doing his traditional job and threatened to arrest him, according to witnesses.

They said that police stopped the musaharati Areen Zaaneen in Wadi al-Joz neighbourhood of occupied East Jerusalem and ordered him to stop doing what he has been doing for years during the fast month of Ramadan.

Zaaneen was told that he would be arrested and fined if he is found again walking the Jerusalem streets before dawn.

The musaharati is one of the oldest Ramadan traditions. It is the name given to the person who walks and beats a drum in residential areas to wake up people before dawn to eat their sohoor meal before they begin their fast. video video
Four Palestinian prisoners complete 17 years in Israeli jails for resisting the occupation
28 apr 2020
Suspected Palestinian assailant shot in central Israel town

Israeli police shot and injured a Palestinian purportedly for carrying out a stabbing attack in Kfar Saba town, northeast of Tel Aviv, in central Israel.

Israeli media reported that police opened fire on a 19-year-old Palestinian, identified as a resident of the West Bank city of Tulkarem, “incapacitated” and detained him for stabbing an Israeli woman  at a bus stop in Kfar Saba.

The woman, 62, was rushed to a hospital, where she was reported as conscious and in a moderate condition, while the condition of the suspected assailant, who was detained for questioning, was reported as moderate. video

The circumstances surrounding the suspected stabbing attack remain unclear, and largely based on the Israeli version of events.

The present-day Israeli Jewish settlement of Kfar Saba lies just southwest of Kafr Saba, a Palestinian village that was depopulated during the course of ethnic cleansing and establishment of Israel in 1948.
After a night of clashes in an East Jerusalem neighborhood, Israel detains 5 Palestinians

Israel detained this morning five Palestinian residents of Issawiyeh, a neighborhood in occupied East Jerusalem, following a night of clashes between its residents and Israeli forces, according to local sources.

They said Israeli forces raided the neighborhood at night and clashed with residents. There were no reports of injuries.

The forces returned to the neighborhood in the early morning hours today and detained five young residents believed involved in the clashes, said the sources. video

The five were taken to the Israeli Russian Compound interrogation center.
27 apr 2020
Israeli Troops Abduct a Palestinian Youth from Bethlehem

Local media sources and witnesses said that Israeli soldiers broke into and vandalized the home of Laith Youman, 19, before they abducted him.

The sources, on Alsaf Street, noted that the Israeli troops stormed the street, before they invaded the Youman family home.

Currently, Israel holds around 5,000 Palestinian prisoners, inside more than 20 Israeli detention centers and facilities in Israel and the West Bank.

The detainees include the elderly, patients with chronic disease, women and children under the age of 18.
IOF kidnaps Palestinian lawyer at checkpoint in Ramallah 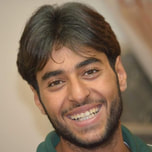 Israeli occupation forces (IOF) on Monday arrested a Palestinian lawyer at a checkpoint near Beit El settlement in the West Bank district of Ramallah.

Local sources reported that IOF soldiers stationed at a military checkpoint north of al-Bireh City stopped lawyer Amr al-Sal’ous and forced him out of his car.