Israeli soldiers abducted, Tuesday, five students of Birzeit University, including three females, in the Ramallah and al-Biereh District, while protesting near the Ofer Israeli prison, and violently assaulted them.

The students were participating in a massive nonviolent procession held in solidarity with Palestinian detainees holding hunger strikes in Israeli prisons, including the former head of the Students’ Council in the University, journalist Mohammad al-Qeeq, and Jamal Abu al-Leil.

The soldiers also fired many gas bombs, concussion grenades and rubber-coated steel bullets on the protesting students, causing many to suffer the severe effects of teargas inhalation.Israeli soldiers abducted, Tuesday, five students of Birzeit University, including three females, in the Ramallah and al-Biereh District, while protesting near the Ofer Israeli prison, and violently assaulted them.

The students were participating in a massive nonviolent procession held in solidarity with Palestinian detainees holding hunger strikes in Israeli prisons, including the former head of the Students’ Council in the University, journalist Mohammad al-Qeeq, and Jamal Abu al-Leil.

The soldiers also fired many gas bombs, concussion grenades and rubber-coated steel bullets on the protesting students, causing many to suffer the severe effects of teargas inhalation.
High Court to prosecute officer for allegedly urinating on prisoner

The High Court demands that the Israel Police's Internal Affairs division prosecute the unnamed officer for allegedly urinating on a Palestinian prisoner in 2007.

The High Court partially approved a petition Tuesday from a Palestinian detainee requesting that the Department of Internal Police Investigations (DIPI) prosecute an officer the detainee alleges urinated on him in 2007.

The petition was filed by a Palestinian detainee who alleges that he was physically and sexually abused while being held at a Ma'ale Adumim police station in November 2007.

The DIPI investigated the allegations and eventually closed the case after coming to the conclusion that "the evidence did not present a reasonable chance of conviction." As a result, the detainee turned to the High Court.

The High Court accepted the majority of DIPI's findings in regard to the Palestinian's claim, but reversed the decision related to the specific act described by the man.

Judges noted that, "during the plaintiff's interrogation and that of his cousin who was arrested with him, both men complained—without knowing they were being recorded—that 'the smell of the urine is disgusting, it's killing us. At least I didn't have to drink it. They piss in a bag and then put it on your head.'"

The officer in question denied the allegations, but later admitted to some of them after having been led to believe that his DNA was found on the detainees clothing.

According to the officer, the Palestinian was handcuffed and blindfolded after using the bathroom himself. The police officer asked the man to stand aside so that he too may urinate.

"I ordered him to kneel so I could detain him if necessary," said the officer. He went on to say that the Palestinian made a sudden movement and as a result, "turned toward the prisoner while still urinating and most likely splashed some on him, while is perhaps the reason his DNA was found on his clothes."

When asked why he did not report the event, the officer replied that he was embarrassed.

The High Court nevertheless ordered the DIPI to prosecute the officer.
Minors, girls among 7 arrests reported in West Bank 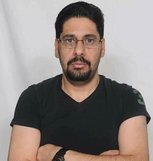 Ghaith has been denied medical treatment in Israeli jails although he suffers heart disease, the family said.

While in detention, he had a stroke three years ago and underwent an open-heart surgery.

Ghaith, a father of two children, was subjected to deliberate medical negligence in Israeli jails which led to serious deterioration in his health condition.
IOF arrests Palestinian, destroys flagpole in Nablus

The clashes broke out when Israeli forces violently stormed the town amid heavy firing of teargas bombs and live ammunition and removed a Palestinian flagpole, local sources revealed.

The Israeli forces have repeatedly stormed Sebastiya’s archaeological sites and blown up the Palestinian flagpole set up in the area.

The flagpole was destroyed seven times over the past two months.
2 Palestinian brothers enter 26th year in Israeli jails

In march 2014, the Israeli prison authorities reneged on their promises to release the two brothers as part of the fourth prisoner batch expected to be freed at the time.

Ibrahim, aged 51, and Mohamed, 48, are both natives of al-Musheirefa town, in 1948 Occupied Palestine. Both were arrested by the Israeli police on February 26, 1992, and sentenced to life.
Israeli soldier wounded in West Bank shooting

An Israeli soldier last night was injured in a shooting attack near the illegal settlement of Efrat between Bethlehem and al-Khalil in the occupied West Bank.

Local sources said that Palestinian gunmen, believed to be from the resistance, opened fire towards a group of soldiers near the settlement and wounded one of them.

They added that the soldier was evacuated by an Israeli ambulance, while the Israeli army launched a manhunt for the shooters.

They also said that four Palestinians were kidnapped from their homes during the Israeli campaign in nearby areas.
Israeli court sentences Palestinian young woman to 16 years in prison

Abu Aida, a Palestinian citizen of Israel and resident of the town of Kafr Kasim, was charged for attempted murder in April 2016.

Earlier this month, Israeli soldier Elor Azaria was sentenced to a year and a half in prison for deliberately shooting and killing a wounded Palestinian youth in al-Khalil in March 2016, prompting rights groups to denounce the lenient sentence as proof of Israel's "active devaluation of human life, especially the lives of Palestinians."
Two Women Injured By Israeli Army Fire, North Of Jerusalem

Israeli soldiers shot and injured, on Monday afternoon, two Palestinian women, one of them in her sixties, at the Qalandia terminal north of occupied East Jerusalem, and abducted the younger woman.

The Palestinian Health Ministry said in a brief statement that the soldiers shot a young woman, who remained unidentified until the time of this report, with live rounds, and took her to an unknown destination.

It added that another woman, identified as Khadija Khalaf Sarameeh, 65, was moved to a hospital, after the soldiers fired a concussion grenade at her, causing various burns and cuts.

The army closed the roadblock from both directions, while Israeli police issued a statement alleging that the young woman was shot after failing to heed to the soldiers’ demands, who “ordered her to stop.”

Following the shooting, dozens of soldiers were deployed in the area, amidst escalation tension, and prevented the Palestinians from crossing.

The attack came shortly after the soldiers shot and injured an elderly Palestinian man, identified as Hussein Hasan Qawareeq, 72, at the Huwwara military roadblock, south of Nablus, in the northern part of the occupied West Bank.

Earlier on Tuesday, the soldiers invaded Beit Fajjar town, south of Bethlehem in the occupied West Bank, and abducted a Palestinian, identified as Mohammad Hamdi Taqatqa, 30, after breaking into his home and violently searching it.
Prisoner Mutair halts hunger strike after pledge to release him soon

Palestinian prisoner Ra’ed Mutair on Monday suspended his hunger strike after officers from the Israeli prison authority promised to release him on April 15.

According to the Palestinian Prisoner Society and the Commission of Detainees’ and Ex-Detainees’ affairs, Mutair staged a hunger strike for 12 days in protest at his detention administratively, with no indictment or trial.

The prison authority also transferred the prisoner from his isolation cell in Ashkelon jail to Negev jail with other detainees as part of the agreement with him.

Prisoner Mutair, a 47-year-old resident of Qalandiya refugee camp in Occupied Jerusalem, started his hunger strike on February 16. He was arrested on April 12, 2016.