The Palestinian prisoner Sami al-Janazra has been going on hunger strike for 31 consecutive days in protest at the illegal administrative detention in Israeli jails.

Palestinian Prisoner Society said on Tuesday that detainee Janazra, 44, of al-Fuwar refugee camp in al-Khalil, was brought to the visitation on a wheelchair as he has could not walk due to deterioration of his health condition after the long hunger strike.

The lawyer of the society, who managed to visit him in Ramleh prison clinic, said that he is suffering from permanent dizziness, weight loss, low blood pressure and heartbeats in addition to muscle pain and headache.

Prisoner Janazra has been arrested since December 12, 2017. He had previously been detained for five times in one of which he waged a 70-day hunger strike.
Israeli court sentences Palestinian prisoner to 17 years

Israeli military court of Ofer on Tuesday placed a sentence of imprisonment to 17 years on prisoner Mohammad al-Shalalda, from Sair town north of al-Khalil city in the southern West Bank.

Israeli 0404 website stated that IOF soldiers arrested the three men after they had managed to cross the security fence, and pointed out that they were unarmed.
Israeli police ban 5 guards from entering Al-Aqsa Mosque

Israeli police Tuesday banned five guards of Al-Aqsa Mosque from entering the holy site for varying periods of time ranging between a month and six months.

The ban targeted five guards after being investigated by the police and no grounds for the ban were provided so far.
5 Aqsa guards to be brought before Israeli court 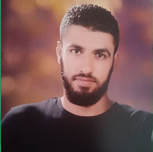 Five Muslim guards at holy al-Aqsa Mosque are expected be brought before an Israeli court in Occupied Jerusalem in the next few hours.

Director of al-Aqsa Mosque, Sheikh Omar al-Kiswani, denounced “the preplanned targeting” of al-Aqsa’s supervision staff and incessant crackdowns, including abductions, movement restrictions, and work bans, perpetrated by the Israeli occupation forces and authorities against them.

Earlier in the day, some 135 Israeli settlers, escorted by intelligence officers and policemen, broke into holy al-Aqsa Mosque via the Maghareba Gate.
Mainly Children, Army Abducts Nine Palestinians In Jerusalem

Israeli soldiers abducted, on Monday evening and on Tuesday at dawn, nine Palestinians, mainly children, from their homes in various parts of occupied East Jerusalem. The army also injured several Palestinians near Qalqilia.

Media sources in Jerusalem said the soldiers invaded, on Tuesday at dawn, Silwan town, south of the Al-Aqsa Mosque, searched homes and abducted a child, identified as Mohammad Samer Sarhan, 14.

They added that the soldiers also invaded homes in the al-‘Isawiya town, and abducted two young men, identified as Mohammad Soheib Moheisin, and Husam Sameeh Oleyyan.

It added that the soldiers also abducted Rashid Resheq, 19, and Khaled as-Sokhon, in al-Wad Street, and Abdullah al-Jolani, from Aqbat as-Saraya, in the Old City of Jerusalem.

In addition, several army jeeps invaded Jayyous town, northeast of the northern West Bank city of Qalqilia, especially the Schools Street and the Eastern Neighborhood, and fired many gas bombs and concussion grenades at locals who protested the invasion.

The soldiers also installed a military roadblock near the main entrance of Jayyous, on the Tulkarem-Qalqilia road, before stopping and searching dozens of cars, and interrogated many Palestinians while inspecting their ID cards.
Israeli Soldiers Abduct Three Palestinians In Hebron And Qalqilia

It added that the two Palestinians were summoned for interrogation in Etzion military base and security center, north of Hebron, and were taken prisoner after heading there.

Furthermore, the soldiers installed roadblocks on roads leading to the northern part of Hebron city, and the main entrance of Sa’ir town, northeast of Hebron, before stopping and searching dozens of cars, and interrogated many Palestinians while inspecting their ID cards.

Israeli soldiers abducted, on Tuesday at dawn, the Dean of Students of Bethlehem University from his home in the Saff Street, in the center of Bethlehem city.

The Palestinian Prisoners’ Society (PPS) said the soldiers stormed and ransacked the home of Mahmud Mohammad Hammad, 47, and abducted him.

It added that the soldiers also invaded Beit Sahour city, Hindaza and Janata area, east of the city, and searched several homes.

In related news, the soldiers invaded the al-Basateen Street, in the northern West Bank city of Jenin, and demolished the family home of detainee Ahmad al-Qonba’.

According to local sources, Israeli soldiers closed off al-Basateen neighborhood in Jenin and ordered Palestinian families to evacuate their homes pending the demolition of al-Kunbur’s family home.

Fierce clashes flared up shortly after the occupation soldiers rolled into the area and targeted Palestinian anti-occupation youth with teargas canisters, resulting in several suffocation cases.

Shortly before the demolition process, the Israeli military forced journalists out of the area at gunpoint, turning the neighborhood into a military barrack.

The demolition order was issued on charges that al-Kunba’ took part in an anti-occupation attack carried out by slain Ahmed Jarrar and which left an extremist Israeli rabbi dead.
23 apr 2018
Israeli Soldiers Injure Dozens Near Jerusalem

Media sources in Abu Dis said the soldiers attacked dozens of Palestinians who protested the invasion into the Schools’ Street, and around the Al-Quds University.

The army fired many live rounds, rubber-coated steel bullets and gas bombs at the protesters, wounding many, including some who were shot with live rounds, and causing scores to suffer the effects of teargas inhalation.

The invasion was the second in less than 24 hours, after the soldiers invaded the town, and fired dozens of concussion grenades, gas bombs and live rounds at local youngsters, who hurled stones at them.

Many Palestinians were injured, some with live rounds.

In related news, the soldiers abducted, on Monday evening, a young man, identified as Rashid Resheq, after invading and searching his home in the Old City of Jerusalem, and took him to an interrogation facility.
Israeli Soldiers Injure One Palestinian, Abduct Four Teenagers, In Central Gaza

Israeli soldiers shot, on Monday evening, one Palestinian east of Khan Younis, in the southern part of the Gaza Strip, and abducted four teenage boys, east of the al-Boreij refugee camp, in central Gaza.

Media sources said the soldiers, stationed across the border fence, east of Khuza’a town, east of Khan Younis, shot a young man with live fire, before he was rushed by local medics to a Palestinian hospital.

In related news, the soldiers abducted four teenage boys, east of the al-Boreij refugee camp, reportedly after they crossed the border fence.

It is worth mentioning that the army pushed more soldiers, and armored vehicles across the border fence.
Rights group: Palestinians subjected to harsh torture in Israeli jails

A human rights group has raised alarm bells over the psycho-physical torture tactics perpetrated against Palestinian detainees in Israeli dungeons.

Lawyer Ma’moun al-Hasheem, from the Palestinian Prisoner’s Society (PPS), quoted 21-year-old prisoner Wesam Rabii, held in al-Mascoubiya detention center, as stating that he has been made to endure harsh torture at the hands of the Israeli investigators.

Rabii spoke out against the long and exhausting investigation procedures, which lasted for 48 hours during the first days of his detention. As a result, the detainee has spent sleepless nights.

Rabii added that he has been subjected to heavy beating while being handcuffed.

The Lawyer further quoted Rabii as stating that he had undergone a mental breakdown and was transferred to an isolated cell.

He had also been forced to lie on the ground while being chained hand and feet for over five hours.

Rabii had gone through a two-day hunger strike to protest such abject detention conditions.

Rabii was kidnapped by the Israeli occupation forces on March 30, 2018. An Israeli court ruled for extending his remand for three times. A fourth hearing is expected to be held on Monday to decide on his case.

90% of Palestinians incarcerated in Israeli lock-ups have been enduring psycho-physical torture during the detention and investigation phases.
Israel issues 338 administrative detention orders

Israeli authorities have issued 338 administrative detention orders since the beginning of 2018, the Palestinian Center for Prisoners’ Studies said on Monday.

The center pointed out that from among the 338 orders, 222 were renewals of detentions of prisoners already held by the occupation.

However, 116 orders were issued against Palestinians detained for the first time or re-detained.

Israel’s widely condemned policy of administrative detention allows internment without charge or trial in maximum six-month long renewable intervals based on undisclosed evidence that even a detainee’s lawyer is barred from viewing.

A new batch of Gaza’s families were allowed access out of the Israeli-blockaded Gaza Strip at daybreak Monday to visit their relatives in Israeli prisons.

Nearly 250 Palestinian detainees are locked up in Ramon jail, established in 2006 near the Nafha desert prison.

Over 7,000 Palestinian prisoners are locked up in Israeli penitentiaries, including 300 Gazans. 214 detainees died as a result of preplanned medical neglect in Israeli dungeons.
Updated: Israeli Soldiers Abduct Twenty-Three Palestinians In The West Bank

Israeli soldiers abducted, on Monday at dawn, at least twenty-three Palestinians from their homes in several parts of the occupied West Bank, including nine who were abducted in Jerusalem.

The Jenin office of the Palestinian Prisoners’ Society (PPS), in northern West Bank, said the soldiers stormed and ransacked many homes in the governorate, and abducted five Palestinians, including two siblings who are also former political prisoners.

In Qalqilia, also in northern West Bank, the soldiers abducted two young men, in their twenties, from their homes in the city.

Furthermore, the soldiers invaded Qarawat Bani Hassan town, west of Salfit in northwestern West Bank, and abducted Adnan Mer’ey, 21, after storming his home and searching it.

In Hebron, in the southern part of the West Bank, the soldiers invaded Halhoul town, north of the city, searched many homes and abducted Mamdouh Hasan Abu Asba, 25. Mohammad Adnan al-Baba, Ali Sobhi al-Baba, 30, and his brother Mahmoud.

In addition, the soldiers invaded the towns of Ethna, Halhoul, Doura and Yatta, and many neighborhoods in Hebron city, before installing roadblocks, stopping and searching dozens of cars, and interrogated many Palestinians while inspecting their ID cards.

On Monday morning, the soldiers invaded the Schools Street and the areas around the al-Quds University in Abu Dis town, southeast of Jerusalem, and injured several Palestinians with live fire and rubber-coated steel bullets, in addition to causing many to suffer the effects of teargas inhalation, after the locals protested the invasion.

In related news, Israeli army bulldozers invaded Palestinian lands, north of Beit Lahia town, in the northern part of the Gaza Strip, and uprooted sections near the border fence, in addition to installing sand hills.
Page:  8 - 7 - 6 - 5 - 4 - 3 - 2 - 1
Powered by