Her detention was first extended for 24 hours and then for another five days as she faces extensive interrogation at the hands of occupation forces.

They also confiscated the family’s phones and computers and are allegedly accusing her of “incitement” for posting about politics and about the killing of her son on social media.

Mohammed was shot by occupation forces as he joined in Jerusalem protests against the imposition of electronic gates outside Al-Aqsa Mosque.

After shooting him dead, Israeli occupation forces attempted to steal the body of Mohammed Abu Ghannam from Makassed hospital in Jerusalem.  video

The Israeli occupation continues to hold the bodies of slain Palestinians hostage in an attempt to suppress Palestinian resistance as a general policy; while Palestinian families are struggling for the release of the bodies, Israeli high courts have upheld the occupation’s policy of holding them hostage.

In order to prevent occupation forces from seizing the body, his family and friends wrapped Mohammed in a sheet after he passed away, carried his body and passed it up over the hospital’s surrounding wall, several meters high.

It was carried from there to the cemetery of al-Tur village; on the way, the car was stopped by police. While the occupation attempted to impose a rule of only seven people at the burial, hundreds joined in the funeral procession.

They acted just in time as dozens of military-armed Border Patrol swarmed the hospital, invading the area, forcing people donating blood to leave the hospital before they terrorized the crowds in the hospital’s courtyards by throwing stun grenades and tear-gas canisters at them.

The policy of the confiscation of bodies is, according to Gideon Levy, the brainchild of Gilad Erdan, the same Israeli minister charged with the global anti-BDS mandate and the creator of the “BDS Hate List” of international organizations in support of Palestine, including Samidoun and many others around the world.

The arrest of Susan Abu Ghannam is only the latest incident of Israeli harassment of the family; earlier, her husband, Mohammed’s father, Hassan Abu Ghannam, 47, was arrested days after Mohammed’s funeral.
Israel extends detention of Palestinian female writer

The Israeli court of Ofer had previously rejected an appeal presented by al-Sabbah on July 30th against extending Khater's detention.

Al-Sabbah stressed that Khater has been undergoing harsh and intensive interrogation by the Israeli security services for the past 17 days and for more than 20 hours per day.

Khater, a Palestinian writer and a mother of five from the southern West Bank district of Hebron, was detained from her home during a predawn raid by Israeli forces on July 24th.

Khater had told al-Sabbah one day following her that she was subjected to harsh and intensive interrogation as she was held at the Ashkelon jail; she was handcuffed to a chair, cursed and deprived of sleep.

According to prisoners rights group Addameer, there are 5,820 Palestinian prisoners being held in Israeli prisons, 63 of whom are female prisoners.
Updated: “Israeli Soldiers Abduct Seventeen Palestinians in the West Bank”

The Palestinian Prisoners’ Society (PPS) has reported that Israel soldiers abducted, overnight until dawn hours Thursday, seventeen Palestinians from their homes in several parts of the occupied West Bank.

The PPS said the soldiers stormed and violently searched many homes, causing damage, and interrogated several Palestinians while inspecting their ID cards.

The soldiers also installed roadblocks, before stopping and searching dozens of cars, and were extensively deployed in many Palestinian communities.

In related news, the soldiers invaded and caused damage to many homes in Qalandia refugee camp, north of Jerusalem, and fired live rounds, rubber-coated steel bullets and gas bombs at local protesters.

In Hebron, in southern West Bank, the soldiers summoned Islam Khatib Tamimi for interrogation, after storming and searching his home, in addition to invading the home of former political prisoner, Zeid Shaker al-Juneidi, and the home of Jamal al-Jabal, before confiscating cash during violent searches.

The abducted Palestinians have been identified as:
Israeli Soldiers Abduct Seven Palestinians In The West Bank

The Palestinian Prisoners’ Society (PPS) has reported that Israeli soldiers abducted, at dawn Thursday, at least seven Palestinians from their homes in several parts of the occupied West Bank.

In Qalqilia, in northern West Bank, the soldiers abducted Mahmoud Shreim from his home.

In Hebron, in the southern part of the West Bank, the soldiers also invaded and searched homes, and abducted Nadim Bassam Faqqousa, 20, after repeatedly assaulting him, causing cuts and bruises.

In Hebron city, the soldiers invaded the home of Islam Khatib Tamimi, and searched the property, before summoning him for interrogation in Etzion military base and security center, north of the city.
After long days in Israeli jail, Alaa Faqha released conditionally 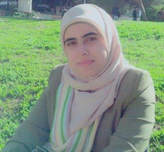 After detaining her illegally for over two months, an Israeli court on Wednesday gave Palestinian prisoner Alaa Faqha, a girl from Kafr al-Labad town in Tulkarem, conditional release.

Local sources told the Palestinian Information Center (PIC) that the Israeli military court of Salem accepted a request filed by the lawyer of Faqha to release her on bail until all legal proceedings against her were completed.

In addition to paying 18,000 shekels, Faqha was ordered to attend all court sessions held for her and not to leave Tulkarem.

Israeli soldiers last May raided the house of Faqha’s parents, confiscated a sum of money and rounded her up.
8 aug 2018
Israel to release 4 Palestinian journalists on condition

The Israeli military court of Ofer decided on Wednesday to release four Palestinian journalists on the condition of paying a 5,000 shekels bail each, rights sources revealed.

The Palestinian Prisoner's Society (PPS) said that the Israeli public prosecution requested that the four journalists' detention be extended until Thursday in order to appeal against the decision.

Muna, whose detention was extended for the second consecutive time, was arrested from his family house in Nablus on August 1.

Along the same line, TRT reporter Ibrahim Rantissi is scheduled to be brought before Israeli court on Thursday after being arrested from his house, west of Ramallah, on August 6.

23 Palestinian journalists are currently held in Israeli jails, including eight detained over the past month.
Jerusalemite prisoner conditionally released

Jaber, 21, has been denied entry into al-Aqsa Mosque for a whole month.

The Jerusalemite young man was arrested on Tuesday in the same moment of his release from Israeli jails where he spent 12 months.

Israeli occupation forces (IOF) on Wednesday afternoon stormed the Old City of al-Khalil, south of the West Bank, and raided a Palestinian shop.

The PIC reporter said that the IOF broke into a supermarket, searched it and detained the shoppers for a while.

He added that the IOF arrested the Palestinian ex-prisoner Mohammed Abu Sneineh, 32, in the place and took him, handcuffed and blindfolded, to an unknown destination.
Israeli Soldiers Abduct Eleven Palestinians In The West Bank

Israeli soldiers abducted, on Wednesday at dawn, eleven Palestinians from their homes in several parts of the occupied West Bank, the Palestinian Prisoners’ Society (PPS) has reported.

The PPS said the dozens of soldiers invaded the al-‘Isawiya town, in occupied Jerusalem, searched and ransacked many homes and abducted six Palestinians, identified as Yazan Na’aji, Omar Sayyad, Amir Karkash, in addition to a child, Mohammad Atiya, and two young men who remained unidentified at the time of this report.

In Ramallah, in central West Bank, the soldiers abducted Samer Silmi Rimawi and Aziz Wael Rimawi, from their homes in Beit Rima town.

Activist Mohammed Abu al-Hummus said municipality crews, accompanied by the Israeli police, stormed the town at daybreak and distributed demolition notices against a number of houses and apartments for allegedly being built without license.

Abu al-Hummus said that all the notices distributed are administrative, which means that the demolition can be carried out at any moment.

Al-Isawiya's institutions called on legal organizations and those concerned to urgently form legal committees to follow up the demolition orders.

Abu al-Hummus noted that the Israeli municipality usually procrastinates in issuing the necessary permits and licenses needed by al-Isawiya's residents.

In another context, the Israeli police at dawn Wednesday launched a raid campaign in al-Isawiya, arrested four Palestinians, and summonsed a child for interrogation.
Israeli intelligence extends remand of newly-released Palestinian

The Israeli intelligence extended on Tuesday the detention of Palestinian ex-prisoner Mahmoud Amjad Jaber, from Jerusalem’s Shu’fat refugee camp, for another 24 hours.

Jaber, aged 21, was re-arrested by Israeli occupation forces outside of Gilboa prison right as he ended his 12-month jail term. He was transferred to the Mascoubiya detention center, west of Occupied Jerusalem.

Jaber has spent a total of five years in Israeli lock-ups in several earlier arrests.

At the same time, 23-year-old prisoner Basel Shweiki, from Jerusalem’s town of Silwan, was released from an Israeli jail, where he had been locked up for 40 months.

Shweiki was arrested by the Israeli forces on April 1, 2015.
Palestinian poetess Tatour sent to Israeli jail

Palestinian poet and social media activist Dareen Tatour turned herself in on Wednesday to the Israel Prison Service to serve two months that were left of her five-month prison sentence. Video

Dozens of Palestinians and supporters had gathered at Tatour’s home to bid her farewell as she left her house to serve her prison term.

Tatour thanked her supporters, whom she said have not left her for one moment during her ordeal.

She stressed that she was on trial for her political views, saying “this proves that Israel is a democracy for Jews only and that freedom of expression is confined to one type of people in this entity that oppresses the Arabs who thought they live in a law-abiding country.”

An Israeli court had earlier sentenced Tatour, 36, to five months in prison for a poem she published on social media titled "Resist my people, resist them", which Israel claimed it included incitement to violence.

However, after already being held for three months in prison and two years and a half under house detention, Tatour, who was first detained on October 11, 2015 during pre-dawn raid at her home, was left with more two months to serve.
Page:  6 - 5 - 4 - 3 - 2 - 1
Powered by