The hunger-striking prisoners’ lawyer Ahlem Hadad affirmed that they both refused an offer to be released from Israeli jails in May 2017.

The Israeli Intelligence Service’s offer came after a serious deterioration in the two prisoners’ health condition as they entered the 70th day of their hunger strike.

The two prisoners have earlier refused an Israeli offer to transfer them to Makassed Hospital in occupied Jerusalem for fear of being re-arrested after breaking the strike.

The two prisoners Anas Shadeed and Ahmed Abu Fara renewed their absolute determination to continue their hunger strike till their immediate and unconditional release.

The two are currently being held in a solitary room in Israel’s Assaf Harofe Hospital, where they have been suffering from constant headaches, partial loss of eyesight, chest pains, stomach pains, weight loss, vomiting, and irregular heartbeats.

According to Addameer, 7,000 Palestinians are currently held in Israeli prisons, 720 of whom are held in administrative detention.
Prisoner al-Najar boycotts Israeli occupation courts

32-year-old Palestinian detainee Ahmad al-Najar announced his decision to boycott Israeli military courts in response to a six-month administrative prison-term slapped against him.

The Palestinian Prisoners Society (PPS) said the Israeli occupation forces arrested al-Najar on November 27, 2016 after they aggressively beat him on his flank and face.

According to the PIC reporter, Abu Sharar was sentenced to 18 months plus a fine of 8,000 shekels.

Abu Sharar, a doctor in al-Khalil hospital, was arrested in June 2015.

She was held in a small, foul-smelling, and dirty cell amid very difficult detention conditions, she told her lawyer.

She was also subjected to psychological and physical abuse during her investigation that lasted for long hours.
Youth on hunger strike for being held in Israeli jail without trial 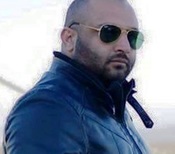 27-year-old Palestinian detainee Amar Ibrahim al-Hamour, from Jenin province, has been on an open ended hunger strike for 13 days running in protest at being held in Israeli jails without trial.

A letter written by Palestinian detainees at Negev jail sounded distress signals over the exacerbated health status of prisoner al-Hamour.

The letter called for an urgent intervention to save al-Hamour before it is too late, after his health has taken a turn for the worse.

Al-Hamour has been diagnosed with hypertension and has refused to take in drugs in jail in response to his renewed administrative term, with neither charge nor trial.

Al-Hamour was arrested by the Israeli occupation forces last February and was transferred to administrative detention without trial.

In August, the occupation authorities extended his administrative prison-term, which made his declare his hunger strike 13 days ago.
Arrests, interrogation summons in West Bank sweep by IOF

The Israeli occupation forces (IOF) at dawn Friday kidnapped four Palestinians from the central West Bank province of Ramallah and summoned others to questioning in al-Khalil.

The Israeli radio claimed the four Palestinians were arrested in Silwad town, in Ramallah, on suspicions of involvement in anti-occupation activities.

The captives were transferred to an Israeli intelligence center pending their questioning.

The IOF further stormed Jenin’s western village of Rumana, near the apartheid fence and raked through residential neighborhoods.

The occupation troops also rolled into the southern West Bank province of al-Khalil and summoned the two Palestinian citizens Omar Ahmad Awad, 32, and Mohamed Muhssin Za’qiq, 40, to questioning after they wreaked havoc on their home in Beit Ummar town, to the north.

Local activist Mohamed Awad said the IOF stormed another Palestinian family home and wreaked havoc on the building before they backtracked.
1 dec 2016
Palestinian accused of arson released by Israel
“So after five days in detention, interrogation by the Israel Security Agency and the prohibition of a meeting with a lawyer, he went home. He actually did light a fire, he burnt garbage on his own premises, 150 meters from his home, 1.5 kilometers from any Jewish town,” Hasson stated.

“Oh, and he also put out the fire,” Hasson added.

The accusations against Qattoush came as Israeli leaders, including Prime Minister Benjamin Netanyahu, asserted that Palestinians were starting the wildfires that the government was struggling to control.

Qattoush was one of more than 20 Palestinians, some of them citizens of Israel, rounded up on accusations ranging from arson to making satirical comments about the fires on social media.

Israel’s Channel 2 had reported that on Saturday, Israeli park rangers spotted a man setting a fire at “Nahal Refaim in the Judean Hills,” a river valley straddling the boundary line between the occupied West Bank and present-day Israel.

The report claims that inspectors from Israel’s Nature and Parks Authority observed a person coming from Battir, a village west of Bethlehem in the occupied West Bank, near the boundary line with Israel. The man then began setting vegetation alight, but “thanks to the efforts of the rangers the fire was prevented from spreading.” Channel 2 adds that Israeli occupation forces followed the man back to Battir and detained him there.

Israel’s Ynet also reported that the army and police “apprehended a suspect identified by a forest ranger as setting fire to the brush northwest of the Palestinian village of Battir.”

They said that Qattoush, 43, works in Jerusalem, and his day off is Saturday, which is when he typically tends to and waters his land. That’s what Qattoush was doing last Saturday, according to one neighbor: he collected scrub and debris and burned it, and then returned home.

The video report shows a small patch of charred earth where Qattoush burned the brush.

“We were surprised when a short time later the army and police arrived and took him away,” the neighbor said.

Another neighbor explained that following the autumn olive harvest villagers typically clear their land of fallen branches, as Qattoush was doing, far from any forested area.

About a third of Battir’s land was seized in 1948 and now lies inside present-day Israel, but under the 1949 Rhodes Armistice Agreement, villagers continue to maintain ownership of their land on the Israeli side. But Qattoush’s land, as Ma’an states, is well within the West Bank side.

In 2014, the United Nations cultural body UNESCO added Battir to its World Heritage List, describing its landscape of olives, vines and the ancient irrigation terraces used by its people as being of “outstanding universal value.”

Battir, which is in an area of heavy encroachment by Israeli settlements and is under threat from Israel’s wall in the West Bank, is also on UNESCO’s list of World Heritage in Danger.

Adalah, a legal advocacy group that defends the rights of Palestinian citizens of Israel, told The Electronic Intifada earlier this week that Netanyahu’s claims that the wildfires were “terrorism” came as part of a “strategy of incitement” against the Arab population.

In another case, a 24-year-old Palestinian citizen of Israel from the northern town of Umm al-Fahm has been indicted for setting several fires in his neighborhood, but Israeli media reported that the alleged actions had “no nationalistic motives.”

Israeli media revealed on Saturday that a fire blamed on Palestinians may have been started by Israeli forces chasing them in a wooded area west of Jerusalem.

“Though the initial concern was that the two were looking to commit arson out of nationalistic motives, after they were arrested, they were found to be known to the police to be part of a band of thieves,” Ynet reported. “As such, the police began investigating whether the forest fire was caused due to security forces using equipment to light the way during the chase.”

The fires affected Palestinian citizens of Israel as much as anyone else. Palestinian rescue workers and firefighters, both from within Israel and the occupied West Bank, risked their own lives to protect others.

And despite the scapegoating of their communities, they are part of the recovery as well. In the northern city of Haifa, for instance, Palestinian businessmen are repairing a synagogue damaged by a wildfire free of charge.

On Thursday, heavy rains and snow were predicted to bring an end to the long dry spell.

A change in the weather may put out the remaining fires, but it is unlikely to extinguish the Israeli government’s inflammatory attacks and incitement.

A Palestinian human rights group has reported the occurrence of 500 arrest incidents by the Israeli occupation forces against Palestinians last November in different areas of the occupied territories including Gaza Strip.

Among the detainees were 110 children and teenagers under age 18 as well as 14 girls and women, according to report released by the Palestinian Prisoner Center for Studies on Thursday.

14 citizens from Gaza, including eight fishermen, were also among those captives.

The PPA pointed out in a statement that Rawan Abu Ziada was arrested on July 15, 2015 on charges of carrying out an anti-occupation stabbing attack.

Along the same line, an Israeli court in Jerusalem sentenced Shifa al-Shaludi to seven months in jail in addition to preventing her from entering Jerusalem for three years on the charges of attempting to attack policemen and illegal presence in Jerusalem.

The Israeli occupation police arrested Shaludi in October 2015, after breaking into her house in Silwan village. She was released on bail after 40 days and was subjected to house arrest until the end of legal proceedings against her. Over the past few months, she was summoned several times to court, which today issued the ruling against her after spending 11 months in home confinement.

Shaludi, who had two of her sons arrested by the Israeli police for several months, is supposed to turn herself in next month to serve her sentence, according to the court verdict.

The Israeli occupation authority is holding nearly 7,000 Palestinian prisoners in 30 prisons, including 64 female captives, 13 of them minors. The number of detained children reached about 400 in the prisons of Megiddo and Ofer while the total number of administrative detainees reached 700.
Jordanian prisoner’s brother ends hunger strike

The Jordanian citizen Shaheen Merie, whose brother Muneer is held in Israeli jails, ended his hunger strike after his family get a permission to visit their imprisoned son.

Speaking to the PIC reporter, Shaheen affirmed that his family managed to get an Israeli visa for a week in order to visit Muneer in his detention.

The family will be able to directly meet Muneer without a glass window for two hours, he continued.

Shaheen declared hunger strike near the Foreign Ministry for 22 days as he urged Jordanian officials to secure a visit to his brother Muneer who is being frequently attacked by Israeli prison guards.

Muneer was arrested in April 2003, and is serving five life sentences on charges related to alleged anti-occupation attacks in West Bank.

The prisoner, along with other imprisoned Jordanians, had gone on a hunger strike for more than 100 days, calling for seeing members of their families, but his parents died before he saw them.
11 Palestinians kidnapped by IOF at crack of dawn

At least 11 Palestinians were kidnapped by the Israeli occupation forces (IOF) at dawn Thursday in abrupt assaults on West Bank provinces.

Radio Israel claimed the abductions were carried out on suspicion of involvement in anti-occupation activities.

Palestinian boy Mohamed Atoun, the son of the deported Palestinian MP Ahmad Atoun, was kidnapped by the IOF in the process from Sour Baher village, in southeastern Occupied Jerusalem.

The IOF reportedly blew up the entrance gates of Atoun’s family home and wreaked havoc on the building.

Youngster Fadhl al-Rajabi was also kidnapped by the occupation forces from his family home in al-Ram town, in Occupied Jerusalem, and dragged to an unidentified destination shortly afterwards.

The IOF also rummaged into the home of the detained youngster Malik Mousalmeh in al-Khalil’s southwestern town of Beit Awa. Malik was kidnapped by the Israeli soldiers a couple of days earlier.

Five Palestinians were rounded up in Azzoun Atma village to the east of Qalqilia, according to the Israeli report, while six others were detained in Occupied Jerusalem and al-Khalil.
Page:  2 - 1
Powered by