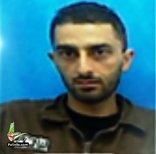 The Palestinian Authority (PA) apparatuses late on Tuesday evening kidnapped the Palestinian jail-breaker Samer Bani Awdeh, a couple of days after he managed to break out of an Israeli lock-up.

A PIC news correspondent said the PA forces kidnapped 32-year-old Samer Bani Awdeh after they broke into his family home in Tulkarem’s northern area of al-Jaroushiya.

The detainee was transferred to the PA lock-up in Jericho pending his transfer to an Israeli jail.

Bani Awdeh managed to escape from an Israeli prison on Sunday while he was being transferred to the HaEmek Hospital in Afoula to undergo medical check-ups.

The arrest of Bani Awdeh is a sign of ongoing security coordination between the PA, chaired by Mahmoud Abbas, and the Israeli occupation authorities.
Palestinian detainee stabs Israeli jailer over mistreatment

A Palestinian prisoner on Wednesday evening stabbed an Israeli prison officer in the Negev jail in response to Israel’s mistreatment of Palestinian detainees.

According to the Palestinian Prisoners Society (PPS), a Palestinian detainee stabbed an Israeli jailer, in the second such attack carried out on the same day.

Forces of the Israel Prison Service (IPS) stormed sections 2 and 12 of Nafha prison amid a state of tension after a Palestinian prisoner was accused of stabbing and wounding an Israeli guard.

Head of the Palestinian Committee of Prisoners’ Affairs, Issa Qaraqe, said in press statements that an Israeli force of 400 prison officers handcuffed the Palestinian prisoners in the two sections and forced them out in the prison yard.

The Palestinian Prisoner Society said that tension escalated in Nafha prison as the IPS launched raids into the prison searching and beating prisoners, which led a prisoner to react to these violations and stab an Israeli officer with a sharp tool.

Voice of Prisoners Radio reported that the IPS imposed a curfew in Nafha prison and started punitive procedures following the stabbing attack carried out by prisoner Silawi from Beit Lahia city in the northern Gaza Strip which caused several injuries to the officer.

The broadcast said tension is still high in Nafha prison, and the IPS summoned reinforcements to help in quelling the prisoners in addition to imposing a complete news blackout on what is going on inside the prison.

The Palestinian prisoners in all Israeli jails had announced a state of alert protesting the savage repressive practices against them.
Israeli prison service isolates prisoner Daqqa

The Israeli prison service (IPS) placed the Palestinian prisoner Walid Daqqa in solitary confinement, which is this third during in one month, Haaretz newspaper reported on Wednesday.

Daqqa’s family and friends are worried about his health condition especially that he has a blood disease, which requires constant medical attention.

Daqqa was first isolated when he received a letter from MK Basel Ghattas but a prisoner accompanied him to monitor his condition. However, now he is isolated alone away from other cells in Ramon prison.

“The prisoner was charged with smuggling cellphones to other prisoners and he is under medical observation like the rest of the prisoners,” according to the IPS.
Child ex-detainee says prisoners suffer neglect in Ramla hospital

15-year-old child Osama Zaidat, who was recently released from an Israeli jail, has said that the detainees in Ramla hospital suffer from tragic health conditions and deliberate medical neglect.

This came during a visit paid to him in Palestine hospital by head of the Palestinian commission for detainees’ affairs Issa Qaraqie. 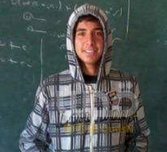 Zaidat also handed Qaraqie a letter from 17-year-old Jalal Sharawneh describing the medical conditions of detainees and his difficult health status in the Israeli hospital.

The Israeli occupation authority released Zaidat, from Bani Na’im town in al-Khalil, on Monday and later he was transferred to Palestine hospital in Ramallah to pursue his medical treatment.

He was arrested on September 23, 2016 after he was shot by an Israeli soldier.

A few days ago, an Israeli court issued a verdict ordering the release of Zaidat on bail amounting to 25,000 shekels.
PPS: “Israeli Army Abducts 15 Palestinians In The West Bank”

The Palestinian Prisoners Society (PPS) has reported that Israeli soldiers have abducted, during massive invasions of homes, on Wednesday at dawn, at least fifteen Palestinians, from different parts of the occupied West Bank.

In the southern West Bank district of Hebron, the soldiers invaded and ransacked several homes in Beit Ummar town, north of the Hebron city, and abducted six Palestinians, including a child.

Furthermore, the soldiers abducted two Palestinians from ‘Aqaba town, in Tubas, during violent invasions and searches of homes.

The two Palestinians have been identified as Amro Ahmad al-Masri, 24, who is also a student of the Al-Quds Open University, and Salah Yassin Ghannam, 23.

In Nablus, in the northern part of the West Bank, the soldiers invaded and searched homes, before abducting Nadeem Nazeeh Ismael, from Beit Dajan town, east of the city, and Omar Raslan Qandeel, from Balata refugee camp.

Israeli soldiers invaded, on Wednesday at dawn, several homes in Beit Ummar town, north of the southern West Bank city of Hebron, searched and ransacked them causing excessive damage, and abducted six Palestinians, including a child.

Awad added that the soldiers also detained him while he was trying to document their invasions and violent searches, and confiscated his camera.

The soldiers also summoned a former political prisoner, identified as Ala Mousa Za’aqeeq, 25, for interrogation in Etzion military base and security center, north of Hebron.

Awad stated that the soldiers stormed many homes, and violently searched them, in the downtown area, Khallet al-‘Ein, ‘Aseeda, ‘Erq a-Latoun and Safa.

Owners of some of the invaded homes have been identified as Mohammad Shafiq Ekhlayyel, Monir Ekhlayyel and Waheed Abu Mariya; the soldiers smashed their doors, and violently searched them, also using military dogs.
Army Abducts A Former Political Prisoner Near Ramallah

The soldiers abducted No’man Hamed, 21, after detonating the main door of his family’s home, and searched the property, causing excessive damage.

Hamed’s mother said the soldiers interrogated the family while searching the property, and abducted her son, who was previously a political prisoner, held by Israel for eleven months.

It is worth mentioning that the family is living in a new property, after its home was detonated and destroyed by the army, when the soldiers accused their other son, Moath Hamed, of carrying out a shooting attack against them.

In addition, the soldiers surrounded the family homes of Abdul-Fattah Basman Hamed, 17, and Saleh Husam Hamed, 18, and searched their surroundings before withdrawing from the town.

The two Palestinians are currently held by Israel under interrogation, after the soldiers abducted them from their homes, last week.
﻿Israeli Soldiers Abduct Two Palestinians In Tubas And Tulkarem﻿

Israeli soldiers abducted, on Wednesday at dawn, two Palestinians in the West Bank districts of Tubas and Tulkarem, during violent invasions and searches of homes. The soldiers also invaded the al-Khader town, south of Bethlehem, and shut down a carwash facility.

The Palestinian Prisoners’ Society (PPS) in Tubas, in central West Bank, said the soldiers invaded and searched several homes in ‘Aqaba town, north of the city, and abducted two Palestinians.

The PPP identified the two Palestinians as Amro Ahmad al-Masri, 24, who is also a student of the Al-Quds Open University, and Salah Yassin Ghannam, 23.

In related news, several army vehicles invaded the al-Khader town, south of Bethlehem, before breaking into a carwash facility in the Nashash area, at the southern entrance of the town, and shut down a carwash facility.

Ahmad Salah, the coordinator of the Popular Committee against the Wall and Colonies in al-Khader, said the soldiers weld the facility shut, and added that it is owned by two Palestinian detainees, who were taken prisoner last month.

Salah added that the detainees have been identified as Abdul-Mon’em Mohammad Salah, and his brother Dirar.

The army posted a notice on the main door of the facility, stating that “it was shut down because its owners endangered the lives of Israelis,” Salah stated.
Army Abducts A Palestinian Near Nablus 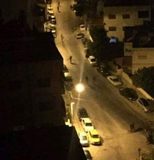 Israeli soldiers abducted, on Wednesday at dawn, a young Palestinian man, allegedly carrying a weapon, after the army stopped a Palestinian bus and searched it, south of the northern West Bank city of Nablus.

Israeli sources said the Shabak security service received what it called a tip, about an armed Palestinian in a bus driving towards the Taffouh military roadblock, southeast of Nablus.

The soldiers stopped the bus before boarding it, and abducted the Palestinian without any instance. The man is from Balata refugee camp in Nablus.

The army said the Palestinian was carrying an M-16 automatic rifle, and that the soldiers confiscated the weapon, and took the man to an interrogation facility.
Detained Father Of Slain Palestinian Teen Declares Hunger Strike

The Palestinian Prisoners’ Society (PPS) has reported that Shafiq al-Halabi, the father of Mohannad, who was killed by the army last year, has declared a hunger strike, protesting his detention without charges.

Shafiq was taken prisoner on Sunday January 29, 2017, after he was summoned for interrogation at the Ofer Israeli prison and interrogation center, west of Ramallah, in central West Bank.

After officially holding him captive, Shafiq declared a hunger strike, protesting his illegal detention, and being targeted by the military.

Shafiq is the father of Mohannad Halabi, 19, who was killed by Israeli army fire, on October 3rd 2015, in Jerusalem’s Old city, after allegedly stabbing to death an armed Israeli man, grabbing the gun of a settler who intervened, then killing another person and wounding two others.
Israeli Soldiers Abduct Three Palestinians Near Bethlehem

Israeli soldiers abducted, on Tuesday evening, three Palestinians while trying to cross the “Container” roadblock, northeast of Bethlehem, in the occupied West Bank.

Local sources said the soldiers stopped the three Palestinians and questioned them, before abducting them.

One of the abducted Palestinians has been identified as Omar Rajoub, 18, a student of Birzeit University, in central West Bank.

They were taken prisoner after the soldiers closed the roadblock, and initiated extensive searches of cars and residents, while inspecting their ID cards, and interrogated many of them.
Page:  2 - 1
Powered by