Israeli forces detained at least 22 Palestinians during predawn raids on Thursday carried out in the occupied West Bank and East Jerusalem.

Awwad added that Israeli forces also confiscated 15 Palestinians' permits allowing them to work in Israel when they raided several houses and stores in the village.

Awwad also that 33 Palestinians have been detained from Beit Ummar since the beginning of 2017, including 17 minors.

An Israeli army spokesperson confirmed four of the detentions in Abud.

Khalid Maswadeh, Hashem Iskafi, and Mamun al-Natsheh were also detained in the al-Thawri area of the occupied East Jerusalem neighborhood of Silwan, according to PPS.

According to Israeli media, Israeli forces also raided the Balata refugee camp in Nablus city, when an Israeli soldier reportedly sustained moderate injuries after an explosive device was thrown at soldiers in the camp. He was taken to the Beilinson Medical Center in Petah Tikva for treatment.

Israeli forces carry out detention raids across the occupied Palestinian territory on a near-nightly basis, with the UN recording an average of 95 weekly raids in the West Bank in 2016, and 100 weekly raids on average thus far in 2017.

According to prisoners’ rights group Addameer, 6,500 Palestinians were detained in Israeli prisons as of January.
Israeli forces arrest Palestinian girl east of Nablus

Israeli Occupation Forces (IOF) arrested on Thursday afternoon a Palestinian girl at a makeshift barrier near Beit Forik town east of Nablus city and took her to an unknown destination, eyewitnesses revealed.

The Israeli magistrate court in Occupied Jerusalem on Wednesday ordered the release of prisoner Mohamed Mahmoud, 39, but exiled him from Issawiya district, east of the holy city, for three days.

The court verdict was taken after Shin Bet officers interrogated him one day before his scheduled release and extended his detention for 24 hours.

During the court hearing, the Israeli prosecutor demanded a seven-day extension to his detention, claiming that he was planning to carry out acts of terrorism.

According to the Palestinian commission of detainees’ and ex-detainees’ affairs, his release was conditional on not entering Issawiya district where he lives until next Sunday, paying 2,000 shekels in penalty fees and not celebrating his release for 90 days.

Prisoner Mohamed Mahmoud was arrested on February 19, 2002 and sentenced soon later to 15 years in jail on allegations of his affiliation with the Democratic Front for the Liberation of Palestine, which Israel classifies as an illegal group.
Palestinians kidnapped by IOF from West Bank at crack of dawn

Several Palestinians were kidnapped by the Israeli occupation forces (IOF) at daybreak Thursday following assaults on the West Bank and Jerusalem.

The Israeli army claimed responsibility for the abduction of 13 Palestinians on allegations of involvement in anti-occupation activities.

The campaign targeted four Palestinians from Ramallah province, four from Jenin, four from Beit Ummar, in al-Khalil, and another from Jerusalem’s eastern town of Abu Dis.

Three Palestinians were further kidnapped by the IOF from Nablus province.

A PIC news correspondent said heavily-armed Israeli patrols stormed Jenin’s southern town of Qabatiya and cordoned off residential neighborhoods before they rounded up four Palestinian youths, in their early 20s.

The IOF reportedly rummaged into the detainees’ family homes before they dragged them to an unidentified destination.

At predawn time, Israeli troops sealed off the main access roads to the town with flying checkpoints.

The campaign culminated in the abduction of four Palestinians from al-Khalil’s northern town of Beit Ummar.

Spokesperson for the popular anti-wall committee, Mohamed Awad, said the IOF stormed the town and rummaged into civilian homes on claims of searching for weapons.

Four other youths were rounded by the IOF in Aseida town and transferred to Etzion investigation center.

Hundreds of Israeli settlers stormed at daybreak Thursday Joseph’s Tomb, in eastern Nablus province, at the same time as Israeli soldiers rummaged into Palestinian homes in the area.

At the same time, Israeli army troops cordoned off Nablus’s eastern corners and have been deployed at the main entrance to Balata Camp.

The Israeli forces further wreaked havoc on civilian homes in Balata on claims that a military patrol was targeted with gunfire.

Palestinian vehicles driving in the area have also been stopped and inspected by the occupation soldiers in search for alleged weapons.

Violent clashes burst out between the Israeli troops and the Palestinian anti-occupation protesters. An Israeli soldier reportedly sustained wounds in the confrontations.

The Israeli Ofer military court re-imposed the old sentence of life imprisonment and 18 years against prisoner Nael al-Barghouthi, who was released in the Wafaa al-Ahrar prisoner exchange deal, according to the Palestinian Prisoner Society on Wednesday.

The Israeli occupation forces (IOF) re-arrested Barghouthi in a revenge campaign in 2014 that was launched in response to kidnapping and killing three settlers in al-Khalil city. The campaign resulted in arresting more than 60 ex-prisoners who were released in the Wafa al-Ahrar prisoner exchange deal in 2011.

Barghouthi was sentenced to 33 months, yet after the end of his new sentence, the Israeli court re-imposed the old sentence following an appeal filed against him.

For his part, Qaddoura Fares, the head of the Palestinian Prisoner Society, said that the Israeli court committed a new disgraceful act by re-enforcing the old sentence on Barghouthi, especially after the ruling which was issued yesterday sentencing the Israeli soldier who deliberately murdered the Palestinian young man Abdel Fattah al-Sharif to 18 months only.

Fares pointed out that the Israeli courts proved once more that they are only tools in the hands of the Israeli political and military institutions to repress the Palestinian people and whitewash the real criminals.

He called on all international organizations to condemn this ruling, compel Israel to respect the international agreements, especially prisoners’ agreements, and work to secure the release of Nael al-Barghouthi and other prisoners who were re-arrested by the IOF after being released in the Wafa al-Ahrar deal.
2 Palestinian hunger strikers subjected to inter-prison transfers

Prisoners Abu al-Leil and Mteir have been on an open-ended hunger strike for the seventh consecutive day in protest at being sentenced to a renewed six-month administrative term, with neither charge nor trial, in Israeli jails.

A series of protest moves has been held in Qaladniya refugee camp, in northern Occupied Jerusalem, in solidarity with the hunger strikers.

Meanwhile, journalist Mohamed al-Qeiq has been on an open-ended hunger strike since February 6 in response to a six-month administrative prison sentence slapped by IPS against him.

Al-Qeiq was re-arrested by the Israeli forces on January 15.
Palestinian ex-prisoner re-arrested immediately after his release 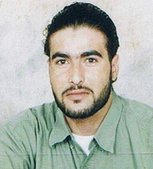 The Israeli police re-arrested on Tuesday evening the Palestinian ex-prisoner Mohamed Zaydan few minutes after his release from Israeli jails where he had spent 15 years.

Two youngsters were arrested during the raid and then released on a fine for preparing to celebrate Zaydan’s release.

Meanwhile, the remand of three Jerusalemites including a woman was extended; the woman till Wednesday and the two men till Thursday.
Palestinian youth kidnapped by Israeli forces from Bethlehem

The Israeli occupation forces (IOF) on Tuesday evening kidnapped a Palestinian youth at the Container checkpoint, in the southern West Bank province of Bethlehem.

A PIC news correspondent said an Israeli patrol kidnapped the Palestinian youngster Shehab al-Titi, a resident of al-Arroub refugee camp, at the Container military checkpoint pitched to the northeast of Bethlehem.

The arrestee was identified as a national security officer of the Palestinian Authority.
IOA releases 5 Palestinian fishermen

Local sources affirmed that four fishermen were released all together via Erez crossing late yesterday while another one was later released in very critical condition as he suffers gunshot injuries in his back.

The Israeli Occupation Forces (IOF) launched at dawn Wednesday a number of Palestinians after breaking into different areas throughout West Bank and occupied Jerusalem.

IOF claimed in a statement issued today morning that 12 “wanted Palestinians” were detained during pre-dawn raids.

Meanwhile, local sources affirmed two ex-prisoners were detained from their houses in Dura town in al-Khalil after Israeli forces stormed a number of local houses including the MP Naif Rajoub.

A car belonging to MP Rajoub was also confiscated during the raid while his office and his brother’s houses were violently stormed and searched.

Two other cars belonging to relatives of the MP were also confiscated, the sources added.

Along the same line, Israeli forces arrested five Palestinians, including a woman, after storming in large numbers Beita town south of Nablus.

Several local houses were violently stormed and searched during the raid.

Four youths and the mother of the slain Palestinian Juda Abu Mazen were detained.

Another young man was arrested from Aida refugee camp in Bethlehem.