The Israeli High Court decided on Friday to hold a hearing next Sunday to determine the health status of the captive journalist Mohammed al-Qiq, who has been on hunger strike for the twelfth day in a row protesting his administrative detention.

She said that lawyer Khaled Zabarqa filed an urgent request to the Israeli High Court to reveal the health condition of al-Qiq amid an Israeli intransigence and the IPS's refusal to allow him visits.

Shalash affirmed that the Israeli court will hold a hearing next Sunday to determine her husband's health condition as well as his legal status.

The Israeli occupation forces (IOF) re-arrested al-Qiq on 15th January 2017 after detaining him along with relatives of Palestinian martyrs who had attended a protest in Bethlehem city, and imposed administrative detention on him.

Al-Qiq went previously on a hunger strike in November 2015 that lasted for 94 days and was ended on 19th May 2016 after he clinched a deal stipulating his release.

In a related development, Palestinian activists organized two protests on Friday in solidarity with the Jerusalemite prisoners Jamal Abu al-Lil and Raed Muteir on the second day of their hunger strike.

According to al-Quds Press, Palestinian activists staged a protest in front of the central court in occupied Jerusalem, and another one at the entrance of Qalandia refugee camp, north of the city, where they raised portraits of the two prisoners and demanded their immediate release.

Prisoner Jamal Abu al-Lil is a former member of the Fatah Revolutionary Council, while Raed Muteir is the head of Qalandia Youth Center, and both of them are residents of Qalandia refugee camp who were arrested several times before.
IOF arrests six Palestinians in West Bank, Gaza

Radio Israel reported that three Palestinian youths were rounded up near Zaatara military checkpoint, south of Nablus city, for allegedly throwing stones at an Israeli bus. An Israeli soldier was lightly wounded as a result, it pointed out.

The IPS slapped a two-month visit-ban against the detainee and sentenced him to a steep fine.

Prisoner al-Sharbati is serving a life-sentence and has been held for over 21 years in Israeli jails.

Ever since he was arrested on March 17, 1998, he has been subjected to tormenting investigation on charges of carrying out an anti-occupation attack in the Old City of Jerusalem.
Israel Soldiers Abduct A Palestinian At The Erez Terminal 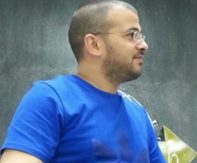 Media sources in Gaza said the soldiers abducted Majdi Abu Taha, from Rafah, in the southern part of the Gaza Strip, while he was trying to cross the border terminal into Israel.

The sources added that Abu Taha carried a valid entry permit, but the soldiers cuffed and blindfolded him, and took him to an unknown destination, without providing any reasons for his arrest.

It is worth mentioning that the soldiers have recently abducted dozens of Palestinians, including many merchants, at the Erez terminal.
16 feb 2017
Shioukhi’s sister arrested for allegedly planning stabbing attack

The Israeli police forces arrested Thursday the slain Palestinian Ali Shioukhi’s sister after breaking into her house for allegedly planning a stabbing attack.

Family sources affirmed that Israeli Special Forces stormed the house overnight and arrested Rawan, 21, before transferring her to a nearby investigation center.

Israeli forces claimed that Rawan planned to carry out an alleged stabbing attack without giving further details, the family added.

Her detention was then extended till next week, according to Quds Press.

The family pointed out that Ali and Rawan’s mother has been transferred to hospital after her health condition deteriorated following her daughter’s arrest.

Ali Shioukhi was shot and killed by Israeli gunfire on Oct. 12, 2016 when clashes broke out in Silwan town. His twin brother was recently sentenced to ten months in prison for alleged Facebook incitement.
Hunger striker’s hearing postponed

Al-Qeiq’s wife, Fayhaa Shalash, affirmed that her husband is continuing his hunger strike for the 11th day in protest against his illegal administrative detention.

Al-Qeiq was recently moved to solitary confinement in the Jalama prison, north of the occupied West Bank, in a bid to pressure him to end his hunger strike.

The Israeli occupation forces (IOF) re-arrested journalist al-Qeiq at Beit El checkpoint to the north of al-Bireh city on 15th January 2017 after he was detained along with relatives of Palestinian martyrs who had attended a protest in Bethlehem and who were later released.

The IOF previously arrested al-Qeiq on 21st November 2015 after raiding his house in Abu Qash town, to the north of Ramallah, and ordered him to 6-month administrative detention.

Al-Qeiq started a hunger strike on 25th November 2015 that lasted for 94 days protesting the bad treatment, administrative detention, and torture before clinching a deal on 19th May 2016 stipulating his release.
Two Detainees Announce Hunger Strike

In a press release, the Palestinian Prisoners’ Society (PPS) has reported that two detainees, held by Israel, have declared an open-ended hunger strike, starting today – Thursday, protesting their continued imprisonment without charges or trial.

The PPS identified the two detainees as Jamal Abu al-Leil and Raed Fayez Mteir, and added that the two detainees received three consecutive arbitrary Administrative Detention orders, each for six months, since they were abducted.

It stated that Mteir was taken prisoner on February 14, 2016, while Abu al-Leil was abducted just one day later.

It is worth mentioning that Abu al-Leil is a former member of the Revolutionary Council of Fateh movement, while Mteir is the head of Qalandia Youth Center.

Both are from Qalandia refugee camp, north of occupied East Jerusalem, and were previously abducted and imprisonment several times.
Israeli Soldiers Abduct Ten Palestinians In The West Bank 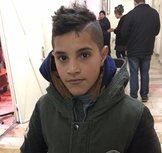 In addition, the soldiers abducted three Palestinians from their homes in ‘Azzoun town, in the northern West Bank district of Qalqilia.

The Tulkarem office of the PPS said the soldiers invaded Shweika area, north of the city, searched homes, and abducted Morad Monir Mahdawi, 26.

At least six Palestinians were kidnapped by the Israeli occupation forces (IOF) from the West Bank and Jerusalem at dawn Thursday.

The Israeli occupation army claimed, in a statement, responsibility for the abduction of six Palestinians at predawn time on suspicions of involvement in anti-occupation activities and affiliations with Hamas resistance movement.

The campaign targeted three Palestinians from Qalqilya’s eastern town of Azzoun, two among whom identified as Hamas affiliates.

Another Palestinian was kidnapped by the Israeli soldiers near Nablus’s southern town of Beita.

The campaign culminated in the abduction of two Palestinians from Abu Dis town, in eastern Occupied Jerusalem.

According to the Israeli military statement, the IOF closed a blacksmith shop in Beit Lakia, southwest of Ramallah, on claims that it is used to manufacture weapons.

Meanwhile, Palestinian citizen Youssef Dar Moussa said an Israeli military patrol stormed his family home and those of his brothers in Beit Lakia and wreaked havoc on the buildings.