A state of tension has prevailed Sunday evening in Israeli jails after Palestinian administrative detainees threatened to wage a hunger strike in protest against the prisoner Sheikh Jabes Nakhla’s isolation.

The researcher in prisoners’ affairs Riad al-Ashqar said that 550 administrative detainees in Israeli jails declared intention to go on hunger strike on Tuesday in case Sheikh Nakhla, 50, was not released from Beersheba prison’s solitary confinement.

Sheikh Nakhla, from Ramallah, was moved on Sunday to solitary confinement for unknown reasons, al-Ashqar added.

His last arrest was in March 2016 where he was sentenced to six months in administrative detention before being renewed for four months only a few days ago, pushing him to declare a hunger strike.

In an apparent punitive measure, the Israeli Prison Service transferred him on Sunday to solitary confinement.

Al-Ashqar called for supporting the administrative detainees’ protest steps, stressing the urgent need for an international intervention to stop Israeli violations against Palestinian prisoners.
Families from Gaza visit their relatives in Israeli prison

59 of relatives of Palestinian prisoners from the besieged Gaza Strip left the coastal enclave Monday morning through the Erez checkpoint after they were granted permission to visit their relatives being held in Israel’s Nafha prison.

International Committee of the Red Cross (ICRC) spokesperson in Gaza Suheir Zaqout affirmed to the PIC reporter that 59 Palestinians from Gaza visited 33 Palestinian prisoners held in Nafha prison through facilitation from the ICRC.

Zaqout added that there were 13 children among the visitors.
26 Palestinians detained across West Bank in Israeli army raids

The Palestinian Prisoner’s Society (PPS) reported that nine Palestinians were detained in occupied East Jerusalem and the Jerusalem district of the West Bank.

The army confirmed one detention in Azzun.

The army reported that two Palestinians from Aida refugee camp were detained, while another was detained from the village of Beit Fajjar south of Bethlehem.

In the Hebron district, PPS that that Israeli forces detained a Palestinian girl identified as Thuraya Abu Sil, as well as Mahmoud Abu al-Zgharit in the al-Arrub refugee camp, while Muhammad Ahmad al-Hur was detained in Surif and Muhammad Abd al-Halim Sawaifa was detained in the old city of Hebron.

The army confirmed one detention from the town of Surif east of Hebron, and two from al-Arrub refugee camp.

Israeli media reports quoted an Israeli army source as saying the 13 were detained over alleged involvement in rock-throwing and "riots."

Israeli forces carry out detention raids across the occupied Palestinian territory on a near-nightly basis, with the UN recording an average of 95 weekly raids in the West Bank in 2016.

According to prisoners’ rights group Addameer, 7,000 Palestinians, 720 of them held under administration detention without charge or trial, were detained in Israeli prisons as of October 2016.

Meanwhile, Israeli forces blocked off a main commuter entrance point leading to a number of villages west of Bethlehem in the southern occupied West Bank at around midnight Sunday evening for unknown reasons, a Palestinian security source said.

The source said that Israeli forces closed of the main road in both directions in the Aqbat Hasna area that leads to the villages of Husan, Battir, Nahalin, and Wadi Fukin.

It remained unclear as of Monday morning whether the roadblocks were still in place.

An Israeli army spokesperson told Ma'an they were looking into reports.

Israeli soldiers abducted, on Monday at dawn, at least thirteen Palestinians from their homes, in different parts of the occupied West Bank, and took them to several detention and interrogation centers.

The Israeli army claimed the abducted Palestinians “participated on throwing stones on soldiers and settlers.”

Two Palestinians were abducted in Azzoun town, east of the northern West Bank city of Qalqilia.

In Bethlehem, the soldiers abducted two from Aida refugee camp, north of the city, and one in Beit Fajjar town, south of Bethlehem.

In addition, two Palestinians were abducted in Surif town, west of Hebron, in the southern part of the West Bank.

The abducted Palestinians were taken prisoner after the soldiers stormed and searched their homes, in different districts of the West Bank.
22 jan 2017
Israel forces storm Negev, Ashkelon prisons

According to Quds Press, Palestinian prisoners in section 10 were transferred to different sections without being allowed to take their personal belongings.

Section 10 in Negev prison has recently been subjected to daily raid and search campaigns.

A state of tension prevailed among the prisoners following the raid, he added.

The Palestinian Information Ministry said on Sunday that the Israeli Knesset's deliberation of a draft law to deprive the Palestinian prisoners of continuing their academic studies reflects increased racism.

The ministry affirmed in a statement that the Israeli government is pursuing a new-old policy against the Palestinian prisoners in its jails that disregards the international humanitarian law and Geneva conventions.

The Ministry pointed out that the Israeli authorities are trying to "legitimize abusing the Palestinian prisoners and depriving them of their rights of education and medical treatment."

The statement stressed the need to pressure the Israeli authorities to respect the legislations that ensured the basic rights of prisoners and to release the sick prisoners unconditionally.

It pointed to the importance of documenting and following up the Israeli crimes against the Palestinian prisoners.

The Israeli parliament (Knesset) is supposed to discuss a draft law that prevents the Palestinian prisoners in Israeli jails from continuing their academic studies at any of the higher education institutions.

The Israeli law claims that the academic study is not a right for the Palestinian prisoners but a privilege that cannot be given to prisoners who are involved in "terrorist attacks" (resistance operations).

The Israeli authorities have enacted a series of laws that were proposed to the Knesset and that violate the rights of prisoners including imposing high sentences on the children who throw stones, force-feeding the prisoners on hunger strike, re-arresting prisoners freed in exchange deals, and depriving prisoners of secondary and tertiary education.

The Israeli authorities are holding about 7 thousand Palestinian prisoners in 22 jails under difficult detention conditions. 49 of the prisoners are females, 13 of whom are minors. The number of children detained is nearly 350 held in Megiddo and Ofer jails, while the number of administrative detainees totals 700.
Families of Jerusalemite detainees visit their sons in Israeli jails

Families of Jerusalemite detainees headed on Sunday to Gilboa and Raymond Israeli jails to visit their sons at their own expense.

The families insist on visiting their sons in spite of the high costs to back up their beloved sons despite the lack of support by the international institutions concerned with the issue of prisoners.
Israeli court sentences Palestinian prisoner to life imprisonment 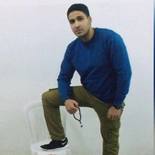 The Israeli military court of Ofer on Sunday sentenced the Palestinian prisoner and member of al-Qassam Brigades Abdullah Ishaq, from Silwad town in Ramallah, to life imprisonment.

The court charged captive Ishaq with being a member of a military cell affiliated to Hamas Movement and killing a Jewish settler in an anti-occupation shooting attack in mid of 2015 near the Israeli settlement of Shvut Rachel.

The verdict also stipulates compensating the family of the Jewish settler with 250,000 shekels.
Prisoner Barghouti injured after falling down in the “Bosta”

Palestinian detainee Nael al-Barghouti, 59, was slightly injured in his right hand and left leg after he fell down inside the so called “Bosta”, prisoner transfer vehicle, while he was handcuffed and his legs were tied up while being transferred from Rimon jail.

Captive Barghouti, from Kober town near Ramallah, told the lawyer of the Palestinian Prisoner Society who visited him in Gilboa jail that he is still suffering from severe pain in his left leg and that he did not undergo any medical examination yet.

At least 11 Palestinians, including children, were kidnapped by the Israeli occupation forces (IOF) from the West Bank and Jerusalem at predawn time Sunday.

The occupation army claimed, in a statement, responsibility for the abduction of four Palestinians on allegations of involvement in anti-occupation activities.

The campaign targeted Palestinians from Jerusalem’s northwestern towns of Beit Anan and Qatna, along with others from Bethlehem’s towns of Husan and Beit Fajjar, in the West Bank.

Prior to the abduction sweep, the IOF wreaked havoc on the arrestees’ family homes.

14-year-old minor Mohamed Abu Yabis was kidnapped by the occupation soldiers from his own family home in Husan village, to the west of Bethlehem.

Another Palestinian youth, from Nablus, was arrested at a military checkpoint pitched near Jericho city.

The Israeli military forces further stormed Nablus’s southeastern town of Ourata, in the northern West Bank, and ravaged civilian homes, before they subjected the residents to intensive questioning.

The campaign culminated in the abduction of two Palestinians from Beit Anan and Qatna towns, in Occupied Jerusalem.

Four minors, in their 17’s of age, were also kidnapped by the Israeli forces from Jerusalem’s eastern neighborhood of al-Tour.