Media sources in Qalqilia said several army vehicles invaded Azzoun, and clashed with many youngsters, who hurled stones and empty bottles at them, while the soldiers fired live rounds, rubber-coated steel bullets and gas bombs.

The sources added that the clashes took place near the gate at the northern entrance of Azzoun.

The soldiers abducted two children, identified as Ahmad Sa’id Salama, 13, and Samer Sa’id Radwan, 15, and took them to an unknown destination.

In addition, the army closed the iron gate of the Annexation Wall, completely sealing the northern entrance of the town.
Palestinian teenage girl indicted for 'attempted murder' of Israeli officer

A 17-year-old Palestinian girl has been indicted at an Israeli military court in the occupied West Bank district of Nablus for attempting to murder an Israeli border guard officer, according to a statement from an Israeli police spokesperson on Tuesday.

Luba al-Samri said in her statement that during interrogations, the girl confessed her intentions to stab an Israeli soldier, “expressing her regret for failing to achieve what she had planned.”

The statement included drawings al-Samri said the girl drew, depicting knife attacks against Israeli forces, with the phrases "Stab the soldier" and "the Jerusalem Intifada continues" written in Arabic.

Israeli forces detained the teenager two weeks ago, after she allegedly attempted to carry out a stabbing attack near Qalqiliya in the northern occupied West Bank at an Israeli border police base in the area.

At the time, witnesses identified the teenager to Ma'an as 16-year-old Eiman Jalal, and said that she was wearing her school uniform when she was detained.

Al-Samri said Jalal was from the village of Beit Amin village in the Qalqiliya district.

While the details of the girl’s sentence were not yet announced, Israeli authorities have recently handed down a number of lengthy sentences to young Palestinians for alleged involvement in or planning of knife attacks, many of them women and girls.

On Sunday it was revealed that a 16-year-old Palestinian girl would likely be sentenced to six-years in prison after Israeli forces detained her and allegedly found a knife in her bag.

Last week, the Jerusalem magistrate's court sentenced a 22-year-old Palestinian man to 35 years in prison for allegedly assisting in a stabbing attack.

Days earlier, the court sentenced a 19-year-old Palestinian girl to 16 years in prison. She was shot and injured by the 35-year-old Israeli settler after she allegedly attempted to stab him, though witnesses told Ma'an at the time that she had been assaulted by the Israeli settler and did not have any sharp objects on her.

The week prior, an Israeli military court sentenced a 15-year-old Palestinian girl to a year and a half in prison after she was convicted of attempting to stab an Israeli soldier. She was shot in the chest and injured by Israeli forces on the scene.

As of October 2016, prisoners’ rights group Addameer reported that Israel was holding 64 female Palestinian prisoners and some 400 Palestinian minors.

Since a wave of political unrest spread across the occupied Palestinian territory in October, leading to Israeli forces carrying out mass detention campaigns, the number of Palestinian women and girls detained by Israeli forces has risen sharply.
Palestinian prisoner on hunger strike to protest renewed administrative detention 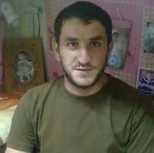 Palestinian prisoner Muhammad Nasser Alaqma has been on hunger strike for eight days to protest the renewal of his administrative detention, Sawt al-Asraa (Voice of Prisoners) radio reported on Tuesday.

Alaqma, a 27-year-old father of two and a resident of village of Bartaa in the northern occupied West Bank district of Jenin, was initially detained by Israeli forces at a checkpoint in August, and later sentenced to four months in administrative detention -- internment without trial or charges.

Sawt al-Asraa reported that Alaqma had begun his hunger strike after Israeli authorities decided to renew his administrative detention for another four months in late December.

Alaqma had previously spent several months in custody under Israel’s policy of administrative detention in 2013.

Israel’s use of administrative detention -- which rights groups say is meant to hold Palestinians for an indefinite period of time without showing any evidence that could justify their detentions in order to disrupt Palestinian political and social life -- has sparked a number of high-profile hunger strikes by Palestinian detainees in the past year.

In December, the 90-day hunger strikes launched by Ahmad Abu Farah and Anas Shadid left them both in critical conditions, with Israel agreeing to eventually release them at the eleventh hour.

The Israeli Supreme Court had also mulled force feeding the two -- a practice widely regarded as a form of torture under medical ethics accepted by both the international community and Israeli doctors.

Israeli authorities also waited until the last minute to agree to release other hunger strikers who were nearing death over the past year, as was the case with the Balboul brothers who went without food for 77 and 79 days, Malik al-Qadi for 68 days, Bilal Kayid for 71 days, and Muhammad al-Qiq for 94 days.

According to prisoners rights group Addameer, 7,000 Palestinians were held in Israeli prisons as of October, 720 of whom were held in administrative detention.
Mother of long-serving Palestinian prisoner dies

The mother of Palestinian prisoner Abdullah Aradha from the northern West Bank town of Araba near Jenin died on Monday.

Aradha’s mother passed away after suffering a brain clot a week ago whilst her son continues to serve a life sentence in Israeli jails.

The mother could not visit her son since his arrest 18 years ago.

Aradha didn’t also see his father before he passed away five years ago.
3 Prisoners injured in Israeli raid into Nafha prison

Head of the committee Issa Qaraqe affirmed that three Palestinian prisoners were injured as Israeli special forces attacked prisoners, “beating them violently and firing tear gas inside their wards.”

He added that Israeli forces transferred 10 Palestinian prisoners including Mohamed al-Dahnoun, who serves as the representative for the prisoners in section 4 of Nafha, to solitary confinement after the prisoners attempted to “resist the Israeli aggression against them.”

Speaking to the PIC reporter, head of the prisoners information center Abdul Rahman Shadid affirmed that Israeli forces stormed section 1 where Hamas’s prisoners are held and violently searched their belongings.

The Special Forces also prevented the prisoners from going out and violently attacked them with pepper gas.

Shadid pointed out that a state of tension has prevailed throughout the prison, warming of more punitive measures against the prisoners.

Israeli cabinet declared Sunday a series of punitive measures against Hamas’s prisoners and martyrs in a failed attempt to push for the release of Israeli soldiers captured by Qassam Brigades, the armed wing of Hamas, during 2014 aggression on Gaza.
2 Israeli helicopters land in Nablus

Israeli forces detained at least 45 Palestinians, including at least eight minors, in overnight raids across the occupied West Bank between Monday and Tuesday, Palestinian and Israeli sources said.

Israeli forces carry out detention raids across the occupied Palestinian territory on a near-nightly basis, with the UN recording some 178 raids in the West Bank between Dec. 13 and 26, 2016.

According to prisoners’ rights group Addameer, 7,000 Palestinians were held in Israeli prisons as of October. The organization estimates that 40 percent of Palestinian men have been detained by Israel at some point in their lives.

In the northernmost West Bank district of Jenin, the Palestinian Prisoner’s Society (PPS) reported that Muhammad Amarna was detained in Yaabad, as an Israeli army spokesperson confirmed to Ma’an one detention in the village.

An Israeli army spokesperson told Ma’an that five Palestinians were detained in Balata, as well as two “Hamas operatives” in the village of Tell, and one alleged Hamas operative in Einabus.

The Israeli army also claimed that weapons and ammunitions were seized in Balata.

The army spokesperson said that four “Hamas operatives” were detained in the city of Qalqiliya.

In the Salfit district, the army reported that one Palestinian was detained in Kifl Haris.

Locals said that Fares and the four Hamids were detained in the village of Silwad.

The Israeli army said that six Palestinians, including four “Hamas operatives,” were detained in Silwad, adding that one was detained in al-Mazraa al-Sharqiya, and another in Deir Jarir.

In the Jerusalem district, PPS reported that Muhammad Hashem Faqih was detained in the village of Qatanna.

The army confirmed one detention in Qatanna, and mentioned another in the village of Biddu.

The Israeli army confirmed four detentions in Beit Fajjar, one in Marah Rabah, and one in Aida.

The Israeli army confirmed one detention in the city of Hebron, one in Idhna, and two in Bani Naim.

Israeli Occupation Forces (IOF) carried out several arrests in overnight and predawn military raids in the West Bank, particularly in Nablus. 34 Palestinians were arrested during the raids including ex-prisoners and minors

IOF claimed in a statement issued Tuesday morning that 34 "wanted" Palestinians were arrested for being allegedly involved in anti-occupation attacks.

The sources said that eight youths were arrested in Nablus including three activists in Hamas Movement.

Eight other youths were detained near Ramallah including four members of Hamas, while four arrests were carried out in Qalqilia.

Three more arrests were reported in Salfit and occupied Jerusalem, while four young men were kidnapped in Bethlehem. Four similar arrests were carried out in al-Khalil.

The Israeli sources added that large amounts of money were allegedly found during the raids in Qalqilia.

In the northern West Bank district of Nablus, Israeli forces violently stormed al-Tal town, west of the city, and arrested two ex-prisoners which led to the outbreak of clashes.

Eyewitnesses told the PIC reporter that Israeli forces stormed late yesterday a shop at the entrance to Balata refugee camp before confiscating its surveillance cameras.

Two youths were arrested from the shop, the sources added.

Dozens of local houses were also stormed in the camp while several youths were either summoned for investigation or arrested.

Similar raids were carried out in the nearby towns and villages in the province.

Meanwhile, an ex-prisoner was also arrested in Yabad town, south of Jenin, after being violently stormed by Israeli forces.

A number of military checkpoints were erected throughout the town while its entrance was closed by Israeli forces.

Dozens of Israeli soldiers broke into Qalqilia to the north of occupied West Bank and carried out violent raids throughout the city.

A young man was arrested during the raid after being brutally attacked.

The Palestinian Prisoners’ Society (PPS) has reported that Israeli soldiers abducted, on Tuesday at dawn, at least thirty Palestinians, including several children, during massive invasions and searches of homes, in different parts of the occupied West Bank.

The PPS office in Nablus, in the northern part of the West Bank, has reported that dozens of soldiers invaded Balata refugee camp, east of Nablus, and Nablus city, searched and ransacked many homes, causing excessive property damage, and abducted ten Palestinians.

Also in Bethlehem, the soldiers invaded and searched homes in ‘Aida refugee camp, north of the city, and abducted Ahmad Mohammad Jado, while one Palestinian, identified as Ibrahim Yousef Faqeeh, was abducted from his home in Marah Rabah village.

In Qalqilia, in the northern part of the West Bank, the soldiers abducted two Palestinians, identified as Anas Hamad and Haitham Hassanein.

One Palestinian, identified as Mohammad Amarna, was abducted from his home in Ya’bad town, southwest of the northern West Bank city of Jenin.

It is worth mentioning that the Israeli army said in a statement that the soldiers have arrested thirty-four Palestinians in different parts of the West Bank.
Page:  3 - 2 - 1
Powered by