The Center further pointed out that the popular solidarity campaign has continued in support of the hunger striker Bilal al-Kayed.

Several Palestinian prisoners went on hunger strike demanding al-Kayed’s release. Israel also persisted in its administrative detention policy according to which hundreds are jailed in its prisons without charge or trial, the center said in its weekly report.

Last week, eight Palestinians were held in administrative detention while the Red Cross decided to decrease family visits for Palestinian prisoners pushing a number of prisoners to declare hunger strike in protest at the step.

The center reported 49 injuries during clashes that erupted with Israeli forces over the past week in occupied Jerusalem and West Bank. One Palestinian young man was also killed last week after Israeli forces surrounded and demolished his house in Surif town in al-Khalil.

During the reported period, 17 Palestinian-owned houses and facilities were demolished while Israeli authorities approved the construction of 323 housing units in occupied Jerusalem and submitted a plan for the reconstruction of 770 other housing units.

On July 7, Israel demolished Araqib village for the 101st time.
Child among 3 Palestinians kidnapped by IOF from West Bank

The occupation troops nabbed the child on his way back home and dragged him to an unknown location shortly afterwards.

Two more Palestinian youths were arrested by the IOF while driving near the Container checkpoint, to the northeast of Bethlehem.

Over recent months, several Palestinian children and youths have been kidnapped by the Israeli occupation army on allegations of involvement in anti-occupation activism.
Army Kidnaps Four Palestinians In Hebron And Nablus 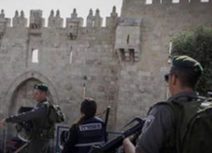 Israeli soldiers kidnapped, on Friday morning, four Palestinians after stopping them at military roadblocks, in the West Bank districts of Hebron and Nablus.

On Thursday evening, the soldiers kidnapped a guard of the Al-Aqsa Mosque in Jerusalem.

The Palestinian Prisoners Society (PPS) has reported that Israeli soldiers, stationed at the Container roadblock, northeast of Bethlehem, stopped and searched a Palestinian car, and kidnapped two young men from Hebron, in the southern part of the West Bank.

In addition, the soldiers invaded Ein Beit al-Maa’ refugee camp, west of the northern West Bank city of Nablus, and kidnapped a young man, identified as Ibrahim Abu ar-Reesh, 30, after storming his home and searching it.

Furthermore, soldiers stationed at the Za’tara roadblock, near Nablus, stopped and searched several Palestinian cars, and kidnapped one Palestinian, identified as Mahmoud Yousef al-Wadi, 43, from Nablus.

On Thursday at night, the soldiers invaded a home in occupied Jerusalem, and kidnapped a guard of the Al-Aqsa Mosque, before taking him to an interrogation center in the city.

The Ministry of Waqf and the head of the Al-Aqsa Mosque, Sheikh Omar al-Kiswani, denounced the ongoing Israeli violations against the Al-Aqsa Mosque, and various holy sites in occupied Palestine.
28 july 2016
Israel interrogates 18-year-old girl while tied to hospital bed

18-year-old Palestinian detainee Raghd al-Shu’ani, has been subjected to exhaustive questioning by the Israeli intelligence officers while tied to the hospital bed at the Shaare Zedek medical center in Occupied Jerusalem.

According to human rights sources, prisoner Shu’ani was arrested by the Israeli occupation forces at the Qalandiya military checkpoint, to the north of Occupied Jerusalem, after she was hit with two bullets in her thigh.

The injured girl will reportedly be subjected to another investigation round at the hospital so as to force confession.
Israel summons employee at Aqsa Mosque for interrogation

The Israeli occupation police on Thursday summoned the head of the media and public relations at the Awqaf Department and a guard at al-Aqsa Mosque for interrogation.

Member of the Awqaf (Endowment) department in Occupied Jerusalem, Firas al-Debs, and member of the supervision personnel at the al-Aqsa Mosque, Arafat Najeeb, were both summoned for questioning at the Israeli Qishleh detention center, in Jerusalem’s Old City.

On Wednesday, the Israeli occupation forces arrested the al-Aqsa guards Hamza al-Deisi and Hamza Nebali, along with the member of the reconstruction staff at al-Aqsa, Raed Zgheir, on allegations of their involvement in altercations with an Israeli extremist settler who tried to uproot olive branches and steal archaeological stones from the Mosque.

The three arrestees were dragged to the Qishleh investigation center. A hearing is expected to be held sometime on Thursday by the Israeli Magistrate’s Court, in western Occupied Jerusalem, to put on trial the newly-arrested guards al-Deisi, Nebali, and al-Zgheir, after the occupation authorities extended their remand on Wednesday.
Life-sentenced detainee goes on hunger strike in Israeli jail

Palestinian detainee Waleed Musalmeh has been on an open-ended hunger strike for 12 consecutive days in protest at being isolated in an Israeli prison-cell, human rights sources reported.

According to the detainee’s brother, Zuheir, life-sentenced Waleed decided to go on a hunger strike in response to being isolated in the solitary lock-downs of the Israeli Eshel jail.

Arrested in 2002, prisoner Musalmeh, 42, has been locked up in solitary confinement for 10 months running.

His brother called for a serious intervention to end his isolation before his health takes a turn for the worse.

Israel has often resorted to solitary confinement as a means to dampen the spirits of Palestinian detainees, in a flagrant violation of international laws and human rights conventions.
Palestinian prisoners go on hunger strike to protest visit reduction

Several Palestinian prisoners in Israeli jails on Thursday started an open-ended hunger strike in protest at the Red Cross decision to shrink prison visits for West Bank families from twice to once a month.

The hunger strikers would also reject any visits by Red Cross representatives in protest at the decision, according to the Palestinian Prisoner Society (PPS).

In a letter published by the PPS, the prisoners said they took their protest steps after the Red Cross provided unconvincing reasons to justify its decision and suggested that the families of prisoners could cover the expenses of one visit.

On July 18, four prisoners have already gone on hunger strike in Hadarim jail in protest at the step that was taken by the Red Cross.

For its part, the PPS described the Red Cross decision to reduce prison visits as similar to Israel's repressive measures against the prisoners.

The society added that this decision would deprive the prisoners of an important right they had extracted following a long battle of protest and hunger strike, and would increase the suffering of the families and their financial burdens.

Rally in Nablus over Red Cross cut of prison visits

A rally was staged in Nablus on Thursday by the Palestinian Prisoners Society (PPS) and the National Prisoners Committee to protest a decision by the Red Cross reducing family visits to Palestinian detainees in Israeli jails.

Gathering at the Shuhadaa Square, prisoners’ families and relatives of Palestinian hunger-strikers, along with dozens of activists, slammed the latest decision by the Red Cross.

PPS international relations chief, Raed Amer, raised alarm bells over the critical health status of hunger-striking detainee Bilal Kayed, who has been on a hunger strike for the 44th day running.

The two brothers Mohamed and Mahmoud al-Balboul have also been on a hunger strike for 24 consecutive days. Amer called for a national agenda to bring Israel’s administrative detention policy to a halt.

He appealed to the Red Cross to immediately backtrack on its decision to cut monthly visits and restore Palestinians’ right to meet their families as guaranteed by the international law.

He warned of a projected escalation in case the Red Cross does not take such calls into consideration and reconsider the decision. Coordinator for the national committee to support Palestinian detainees, Mudhafar Dukan, also said the Red Cross decision is unacceptable and bears witness to the organization’s policy of double standards.

He called for mobilizing mass support for hunger-striker Kayed. Activist Maher Harb also urged the Red Cross to cancel visit cuts, saying 60 detainees have joined the hunger strike in solidarity with Kayed. He quoted Kayed as vowing to continue his hunger strike until he restores his freedom.

For his part, Kayed’s brother, Mahmoud, slammed the Red Cross for its reluctance as regards Kayed’s exacerbated situation, calling for a serious intervention to save his brother before it is too late.
16 Palestinians kidnapped in IOF dawn raids in W. Bank and J'lem

The Israeli occupation forces (IOF) at dawn Thursday kidnapped 16 Palestinian citizens during campaigns in the West Bank and Jerusalem.

According to a statement released by the Israeli army, its forces arrested seven university students from the Islamic Bloc of Hamas in Nablus.

Nine other Palestinians were taken prisoners during arrest campaigns in al-Deheisheh refugee camp in Bethlehem, Beit Awwa town in al-Khalil, and Shuafat and Qalandiya in Jerusalem.

The Israeli army said all the detainees were taken in for interrogation. In the same context, local media sources explained that Israeli troops stormed at dawn different areas of Nablus and kidnapped seven members of the Islamic Bloc at an-Najah University.

In Bethlehem, an Israeli military force stormed al-Deheisheh camp, clashed with local young men and arrested four of them.

Four other Palestinians were kidnapped from their homes during an IOF campaign in Beit Awwa town in al-Khalil. In Ramallah, violent clashes broke out between young men and invading troops in al-Am'ari refugee camp, with no reported arrests.

Two others were kidnapped from their homes in IOF campaign in Shuafat and Qalandiya in Jerusalem.
Israeli Army Kidnaps Four Palestinians In Jerusalem

On Thursday at night, the soldiers invaded a few homes in Wad Qaddoum neighborhood, in Silwan, and kidnapped two young men, identified as Kathem Razem and Ramzi Razem.

The soldiers also installed a roadblock at the Wadi ar-Rababa Junction, in Silwan, stopped and searched dozens of cars, before interrogating many Palestinians, and imposed high fines.

The Palestinians in Silwan expressed fears that this military campaign could be the beginning of a larger one that would likely include every part of the town.
Israeli Navy Attacks Palestinian Boats, Kidnaps Seven Fishers, In Gaza Waters

The WAFA News Agency quoted a fisher stating that the navy boats attacked them from several directions, and fired many rounds of live ammunition, causing damage, kidnapped seven fishers and confiscated their boats.

The navy illegally confiscated the boats before moving them to the Ashdod Port.

On Wednesday, the Israeli navy attacked Palestinian fishing boats, close to the Gaza shore, and kidnapped two fishers. Some of the boats were hit with live rounds, before the soldiers assaulted them.
Army Kidnaps Four Palestinians, Injures Three Others, In Bethlehem 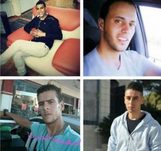 Dozens of Israeli soldiers invaded, on Thursday at dawn, the Deheishe refugee camp, south of the West Bank city of Bethlehem, searched and ransacked many homes before kidnapping four Palestinians.

The soldiers also shot and injured at least three Palestinians in the camp.

The soldiers surrounded the refugee camp before invading it and clashed with dozens of local youths, who hurled stones and empty bottles at the military vehicles, while the army fired live rounds, rubber-coated steel bullets and gas bombs.

Medical sources said the soldiers shot three Palestinians with live rounds before the medics moved them to hospital suffering moderate-but-stable wounds, while many suffered the effects of teargas inhalation.

The violent invasion and searches of homes into the camp led to extensive damage, before the soldiers interrogated many residents while searching their properties.

Dozens of Israeli soldiers invaded, on Thursday at dawn, the northern West Bank city of Nablus, and conducted extensive searches of homes before kidnapping seven Palestinians.