Palestinian prisoners affiliated with the Popular Front for the Liberation of Palestine (PFLP) announced a series of protest moves on Friday in solidarity with prisoner Bilal Kayed.

PFLP detainees said in a press statement the move was announced in response to an Israeli administrative detention order issued against prisoner Kayed.

PFLP dubbed the sentence a crime and called for speaking up for Kayed’s rights until he restores his freedom.

The statement held the Israeli occupation responsible for any turn for the worse Kayed’s health might take after 24 days of ongoing hunger-strike.

PFLP prisoners announced their intent to initiate a hunger-strike and return meals as part of the projected protest moves. PFLP detainees also called for mobilizing mass support for the prisoners’ cause and participation in the International Solidarity Week staged by the Samidoun network in mid July.

They further urged the Palestine Liberation Organization to work on internationalizing the prisoners’ cause and appeal to U.N. bodies to that very end.
IOF detains 5 Palestinian children for few hours

Local sources affirmed that five boys from Zabouba town west of Jenin were detained for few hours for an alleged stone-throwing attack.

The detained minors were taken for investigation in Salem military camp before being released.

Local sources said the kidnapped children have been identified as Mohammad Anis Odah, Qussai Mohammad Odah, and Shuaib Nafez Sa’id; all are only eleven years of age.

The soldiers claimed the children participated in throwing stones on a car of an Israeli settler, driving near the main road of the town.

In addition, the army closed Huwwara and Za’tara roadblocks and prevented the Palestinians from crossing.

The soldiers said the closure was a punitive measure after some Palestinian youngsters hurled stones at Israeli cars and army vehicles.

In addition, the soldiers detained five Palestinian children from Zabbouba village, west of Jenin, in the northern part of the West Bank.

The children were playing in Palestinian lands, close to the Annexation Wall.

The soldiers interrogated the children for several hours, after initially accusing them of hurling stones on military vehicles, but released them later.
Army Kidnaps A Palestinian In Husan, Searches Homes Near Al-Khader

Israeli soldiers kidnapped, on Friday at dawn, a young Palestinian man in Husan town, west of Bethlehem. The soldiers also invaded al-Khader town, south of Bethlehem and searched many homes.

The soldiers also confiscated mobile phones and computers from the invaded property.

In related news, the soldiers invaded Solomon Pools area, near the al-Khader town, and searched many Palestinian homes.

Owners of two of the invaded homes have been identified as Mohammad Daoud Suleiman and Ali Mohammad Salem.

The invasion led to clashes with local youngsters, who hurled stones at the invading military vehicles, especially in the al-Bawwaba area and the Jerusalem-Hebron road. The army fired many gas bombs and concussion grenades.
Soldiers Kidnap A Gaza Merchant At The Erez Terminal

Israeli soldiers, based at the Erez terminal, in the northern part of the Gaza Strip, kidnapped on Thursday evening, a Palestinian merchant, and released another after holding him captive for two years.

The Palestinian District Coordination Office (DCO) has reported that the soldiers kidnapped a merchant, identified as Hani Habboub, as he was leaving Gaza through the Erez (Beit Hanoun) crossing.

In related news, the soldiers released a Palestinian merchant, identified as Riyad al-Masharawi, after imprisoning him for two years.

The soldiers conduct frequent arrests on the Erez terminal, while such violations also included patients and their families, as part of the severe restrictions, and siege, imposed on the coastal region.
7 july 2016
Army Kidnaps A Wounded Palestinian In Qalandia 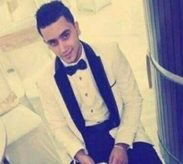 Local sources in Qalandia said the soldiers broke into the home of Salah Lutfi Hamad, 21, and kidnapped him, after violently searching the property.

Hamad was shot by the soldiers, last Monday, when the army invaded the camp and demolished the homes of Anan Abu Habsa and Issa Assaf, who were killed on December 24, 2015, after carrying out a stabbing attack in Jerusalem.

At least four Palestinians were shot by live army fire during the invasion, while many others suffered the effects of teargas inhalation.
Israeli bill to impose more restrictions on Palestinian prisoners

An Israeli bill is scheduled to be submitted to the Knesset for its first reading to impose more restrictions on Palestinian prisoners especially those affiliated to Hamas Movement.

Under the proposed bill, Palestinian prisoners would be barred from family visits, watching TV, purchasing anything at the canteen, and pursuing a higher education from prison.

The proposal was submitted by Yisrael Beytenu MK Oded Forer. Forer has discussed the bill with the Israeli Security Minister Gilad Erdan to drum up his support.

Israeli media sources noted that the proposal had the support of Israeli Army Minister Avigdor Liberman.

There are currently nearly 7000 Palestinian prisoners in Israeli jails, hundreds of them are held without charge or trial amid very difficult detention conditions.
Israeli Soldiers Kidnap Five Palestinians In Hebron 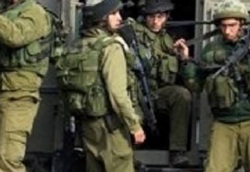 The Palestinian Prisoners Society (PPS) has reported that Israeli soldiers have kidnapped, Thursday, five Palestinians, during military invasions in Hebron city, and two nearby communities.

The PPS said the soldiers invaded Doura town, and the al-Borj village, south of Hebron, searched a number of homes and kidnapped four Palestinians.

In addition, the soldiers kidnapped one Palestinian, identified as Abbas Abu Mayyala, 20, near the Ibrahimi Mosque, in Hebron city.
Israeli Soldiers Kidnap Seven Palestinians, Including Four Children, In Hebron And Bethlehem

Israeli soldiers invaded, on Wednesday evening and earlier on Thursday, the West Bank districts of Bethlehem and Hebron, and kidnapped seven Palestinians, including a woman, and two children playing with toy guns.

Clashes also took place in the camp after the soldiers invaded it; the army fired many gas bombs and concussion grenades, while local youngsters hurled stones at the military vehicles.

In related news, the soldiers completely closed the main road leading to Janata town, east of Bethlehem, by placing concrete blocks and sand hills.
Furthermore, the Hebron office of the PPS said the soldiers kidnapped a mother of three children, identified as Hanadi Mahmoud Rasheed, 22, from Yatta town, south of Hebron.

The woman was kidnapped near the Ibrahimi Mosque, in Hebron city, after the soldiers claimed “she carried a sharp object in her purse.

On Wednesday evening, the soldiers kidnapped a Palestinian, identified as Yousef Safi Hamdan, from Kharsa village, south of Hebron, after the army invaded the village, and searched many homes.

Another Palestinian, identified as Mohammad Yazeed Jaber, 20, was also kidnapped in Hebron city. The soldiers handcuffed and blindfolded the three Palestinians, and took them to a police station in Keryat Arba’.
6 Palestinians arrested during overnight clashes

According to the PIC reporter, the clashes erupted after midnight and lasted till dawn prayer after Israeli forces violently stormed Dura town in al-Khalil.

Nearly ten Israeli military vehicles stormed the city and deployed in different neighbourhoods. At least one detainee was rounded up after Israeli forces stormed and searched his family home which led to the outbreak of violent clashes.

During the confrontation, local youths set fire to tires to block the passage of Israeli forces. Israeli forces also stormed Khursa village in the city and arrested three residents including two teachers from their houses.

35 Palestinians sustained injuries on early Wednesday morning after they were violently attacked by the Israeli occupation forces (IOF) during an assault on al-Khalil’s southern town of Dura on the first day of Eid.

The IOF also kidnapped four Palestinians from al-Bireh, to the north of Occupied Jerusalem. The assault culminated in the abduction of a Palestinian citizen from Dura and three others from Deir Abu Meshaal village.
Amsterdam in Solidarity with Bilal Kayed and Palestinian Prisoners
The expression of solidarity comes as part of the lead-up to the week of action in solidarity with Bilal Kayed on 8-15 July, with events taking place across Palestine as well as in New York; Tampa, Florida; Arklow, Ireland; Manchester and elsewhere around the world. Palestinian prisoners will be announcing their next steps of protest, up to a collective open hunger strike, on 8 July.

Posters and flyers about Bilal Kayed’s case are available here for download, for other groups internationally who would like to express their solidarity with Kayed’s struggle for freedom and the over 7,000 Palestinian prisoners by bringing signs and materials about Kayed’s struggle to existing events about Palestine and social justice. Please send your photos and reports to samidoun@samidoun.net or contact us on Facebook to share!
Israeli Soldiers Kidnap Three Palestinians In Hebron 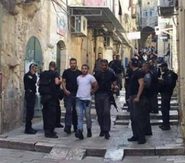 Israeli soldiers and undercover officers kidnapped, on Tuesday evening, three Palestinians, from their homes, in Hebron city, in the southern part of the occupied West Bank.

The soldiers also stormed a store for mobile phones and accessories, where Zghayyar works, and violently searched it.

It is worth mentioning that the legislator Hatem Qfeisha was only released from an Israeli prison two days ago, and suffered and health setback after the soldiers invaded his home.

Red Crescent medics rushed to his home and provided him with the needed help.

The legislator spent more than 12 years in Israeli prisons and detention centers, largely being held under arbitrary Administrative Detention orders, without charges or trial.
Page:  4 - 3 - 2 - 1
Powered by