Israel's Jerusalem District Court on Monday sentenced a Palestinian woman to 10 years in jail after accusing her of attempting an attack in Jerusalem.

Committee of the Families of Jerusalem Detainees said that Fadwa Hamada, 31, was sentenced to 10 years in prison and fined 30,000 shekels (nearly $8,000).

Israeli police arrested Hamada on 12th August 2017 in Bab al-Amud area in Jerusalem after she allegedly attempted to stab an Israeli settler.

Al-Omari, from the northern Israel’s Arab town of Sandala, is an activist in the Islamic Movement (the northern branch) and head of Yusuf Al-Siddiq Foundation for prisoners’ affairs.

He was arrested in March 2017 for being allegedly affiliated to a banned organization.

The Israeli security authorities have embarked on arresting activists from the northern branch of the Islamic Movement following the right-wing government’s decision to classify it as a banned group in November 2015.

The northern branch of the Islamic Movement and its members are known for peacefully defending Jerusalem and the Aqsa Mosque against Israel’s
PPS: “Israeli Soldiers Abduct Seventeen Palestinians In The West Bank”

The Palestinian Prisoners’ Society (PPS) has reported that Israeli soldiers abducted, on Monday at dawn, seventeen Palestinians from their homes in several parts of the occupied West Bank.

The soldiers invaded and ransacked dozens of homes in several governorates of the West Bank, and interrogated many Palestinians.

The IOF arrested three Palestinian young men in Jenin and four others in Nablus, including ex-prisoner Jaber Dweikat who was transferred to an unknown destination.

Local sources said that other arrests were witnessed in al-Khalil and Ramallah.

Another ex-prisoner identified as Belal Abu Osba was detained in Salfit after the IOF soldiers broke into his house at daybreak and searched it.

The IOF reportedly launched a search campaign against a number of Palestinian houses in al-Khalil and Nablus and wreaked havoc in them.

Clashes broke out in Qatanna town, northwest of Occupied Jerusalem, between Palestinian youths and the Israeli police who raided the town at dawn. No injuries or arrests were reported.
8 july 2018
Israeli Soldiers Abduct Eight Palestinians, Including Five Children, In Jerusalem

Israeli soldiers abducted, on Saturday evening and on Sunday at dawn, eight Palestinians, including five children, from their homes in Silwan town, and the Sa’adiyya neighborhood in the Old City, in occupied Jerusalem.

The soldiers also abducted Jawdat Abu Sneina, and his child Malek, from their store in the Sa’adiyya neighborhood in the Old City of Jerusalem.

Eyewitnesses said the soldiers assaulted the man and his child before abducting them. The abducted Palestinians were moved to interrogation centers in occupied Jerusalem. video
Soldiers Abduct Two Palestinians In Tubas And Hebron

Mahmoud Sawafta, the head of Tubas office of the Palestinian Prisoners’ Society (PPS) said the abducted young man have been identified as Abdullah Sharif Daraghma.

He added that Daraghma was taken prisoner after the soldiers stopped him at the al-Hamra military roadblock, southeast of Tubas.

The young man was cuffed and blindfolded before the soldiers took him to an unknown destination.

The young man was taken prisoner after the soldiers stopped him at the “Container” military roadblock, north of Bethlehem.
7 july 2018
Salama’s mother asks Netanyahu to release her son for swap

In aletter addressed to Netanyahu, the mother stressed that no Israeli soldiers will be released unless Hassan, who is one of the most prominent leaders of al-Qassam Brigades, the armed wing of Hamas Movement, is released from Israeli jails.

IOF soldiers apprehended the two men while dispersing the participants in a demonstration that was held by the inhabitants of Bani Naim town east of al-Khalil city in protest at the Israeli confiscation of the town’s lands adjacent to Bani Hefer settlement.

The IOF declared the area as a closed military zone and banned the residents, activists and journalists from accessing the site.

The protesters carried Palestinian flags and banners with slogans condemning the Israeli confiscation of 20 dunums of the town’s farmlands in al-Hamra region which is located near the settlement.
Israeli police arrest child over alleged knife possession

Israeli police on Saturday arrested a Palestinian child at a military checkpoint northeast of Occupied Jerusalem.

Website of Yedioth Ahronoth newspaper reported that Israeli policemen from the border guard unit stopped a 16-year-old Palestinian child near Shu'fat refugee camp and searched him.

The Hebrew website claimed that the police arrested the child and transferred him to an interrogation center after a knife was found in his possession.

In another context, local sources reported that the Israeli police arrested a Palestinian citizen and his son after severely beating them in the Old City of Jerusalem. Details are still unknown.
Administrative detainees to escalate protest steps

Palestinian administrative detainees, held in Israeli jails without charge or trial, declared on Saturday to escalate their protest steps during the next few days in challenge of Israeli Prison Service’s negligence policy.

The PA committee for prisoners’ affairs affirmed that the decision came after five administrative detainees were moved to solitary confinement in Ofer prison on Thursday shortly after declaring an open hunger strike as part of their struggle to improve their conditions.

The prisoners’ representatives plan to escalate their struggle in the coming weeks by increasing the number of hunger strikers, the committee added.

Israeli soldiers abducted, on Friday at dawn, a young Palestinian man near Bethlehem, in the occupied West Bank. On Thursday evening, the soldiers abducted a civil authority official from Gaza. 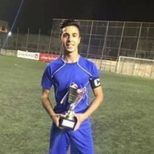 They added that the soldiers abducted a young man, identified as Ahmad Sbeih, from his home and moved him to Etzion military base and security center, south of Bethlehem.

In the Gaza Strip, the soldiers the Director General of the Civil Affairs Committee, Saed al-Ghoul, while he was crossing Erez (Beit Hanoun) border terminal, in northern Gaza.

Saed was interrogated for five consecutive hours at the border terminal, before he was taken prisoner and was moved to al-Majdal interrogation facility.
2 Palestinians youths arrested by Israeli forces in Occupied Jerusalem

Amjad Ubaid was arrested by Israeli forces in Jerusalem’s al-Issawiya village while Issa Met’eb was arrested in the Old City following aggressive beating.

At the same time, the Israeli occupation authorities released the Fatah member in Occupied Jerusalem Naser Jaafar under conditions that he be banned from Khan al-Ahmar for one month and pay a fine of 5,000 shekels.
After long years in detention, IOA releases prisoner Yousef Naqayra

A reporter for the Palestinian Information Center (PIC) said that dozens of citizens and relatives of the prisoner rallied at al-Dahirya crossing, where they received him after his release from the Negev jail and then took him in vehicular procession to his native town.

Naqayra was arrested on July 7, 2003 and then jailed after leveling several accusations against him, including opening fire at Israeli patrol vehicles in an area south of Palestine and being a member of Hamas.
Ad-Dameer: “Administrative Detention Order of Khalida Jarrar Confirmed”

This will be the second time in which it has been renewed, meaning that Khalida has been held without charge or trial since 2 June 2017.

Khalida nor her lawyer were present for the hearing, as she is part of the collective action to boycott all court hearings related to the process of administrative detention.

According the Judge’s decision, there has been new secret information brought to his attention. This information apparently confirms that Khalida remains a threat to the security of the state.

This information apparently confirms past claims made against Khalida though he does not specify if the new information is relating to the current period, or prior to her arrest.

On the basis of said secret information, it was concluded that Khalida’s release will cause a security threat to the state. In order to balance the rights of the individual to freedom with the apparent security of the state, Judge Yemeni came to the conclusion that a four month extension was appropriate.

The irony of such a statement is that Khalida has now been imprisoned for over a year. It is difficult to envisage a way in which an additional four months adds to the security of the occupation state, or how her imprisonment affects it in anyway.

The Judge’s assertion that he is balancing her right to freedom with the security of the state is especially ludicrous. It rest on the notion that this reduction of the order from the maximum six months, to a more moderate four months without charge or trial, is somehow an act of legal kindness.

The process of administrative detention represents the most severe action that an occupying state can utilize against a protected populace under the Fourth Geneva Convention.

According to Article 78 of said convention such a process can only be utilized “for imperative reasons of security” for as short a period as possible. In the light of the Judge’s decision, it is difficult to legally rationalize such a high threshold for imprisonment with the occupation’s continued internment of Khalida.

As such, Addameer calls for the occupation to meet its obligations under international law and free Khalida along with all of its administrative detainees. For such a process to be legal, a clear indicator of how an individual meets such standard as set out in the Article 78.

In addition, we call on all third party states to abide by Article 1 of the First Geneva Convention, and take concrete steps to ensure the occupation abides by humanitarian law more broadly.

If you wish to assist to free Khalida, please contact your local representatives and ask them to push the issue with your government. Additionally, you can send contacts to the relevant decision makers in the occupation government. Their details can be found here.
Page:  4 - 3 - 2 - 1
Powered by