According to Palestinian security sources, the IOF stormed the eastern area of Bethlehem and kidnaped two citizens identified as Ahmed Shuka and Munder al-Ta’amera.

The same sources said that the IOF handed another citizen called Ameen al-Khatib a summons for interrogation from the Shin Bet.

In al-Khalil, the IOF kidnaped a citizen identified as Abdul-Rahman Ghaith from his home in the city.

The PPS said the soldiers invaded and searched homes in Hebron, in the southern part of the West Bank, and abducted Tareq Hussein al-Mohtaseb and Abdul-Rahman Gheith.

It added that the soldiers also abducted Ata Ta’amra and Ahmad Shouka, from their homes in Bethlehem.

In Jenin, in northern West Bank, the soldiers abducted Qussai Omar Abu ar-Rob, 17, from Jalboun village, east of the city, while standing on a Palestinian land near a military fence.

The army claimed that the teen was trying to breach the fence, while locals said he was walking close to it, and did not attempt to cross it.
13 july 2019
Halabi subjected to longest trial in history of captive movement

The PA Bureau on prisoners’ affairs has underlined that Palestinian captive Mohammed Khalil al-Halabi’s trial was the longest trial ever in the captives’ movement history.

Halabi, 41, who hails from Gaza city, was put on 124 trials by the Israeli judiciary since he was detained in 2016 although the court failed to prove anything against him, the bureau said in a statement a couple of days ago.

It added that the court behavior shows the clear control of the Israeli intelligence apparatus over Israeli judiciary.

The bureau described such treatment against Halabi as inhumane and “contravenes international laws and ethics”.

Furthermore, the bureau called on international and local human rights organizations, including the International Red Cross Committee, to support Halabi and to end his suffering in the Israeli Rimon prison, and to put more pressure on Israeli occupation authorities to release him and return him back to his family and children.
Israeli Soldiers Abduct Three Palestinians In Jerusalem 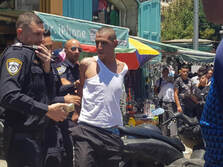 In addition, undercover Israeli soldiers abducted a young man, who remained unidentified at the time of this report, in Bab al-‘Amoud in Jerusalem. video

Eyewitnesses said the undercover soldiers ambushed the man, and repeatedly assaulted him, before moving him to an unknown destination.
Israeli navy attacks Gaza fishermen, detains two 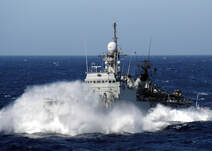 Israeli navy boats attacked this morning Palestinian fishermen near Rafah in the south of the Gaza Strip, detained two fishermen and seized their boat, according to fishermen.

The told WAFA that the Israeli navy shot live fire at the boat owned by Mohammad and his brother Ahmad Bardawil and opened the water hoses at it while sailing in the sea before detaining the two brothers and seizing their boat.

Gaza fishermen report of daily harassment by the Israeli navy, which prevents them from doing their work and earning a decent living.
12 july 2019
Israeli Soldiers Shoot A Palestinian In Northern Gaza

Israeli soldiers shot, Friday, a young Palestinian man near Beit Lahia town, in the northern part of the Gaza Strip, and fired many live rounds at fishermen, and at an observation post near Gaza city and Khan Younis.

The soldiers, stationed across the perimeter fence near Beit Lahia, fired many live rounds at the Palestinian, and injured him before moving him to an unknown destination.

Media sources said the post is near the an-Najjar neighborhood, east of Khuza’a town, east of Khan Younis.

The Israeli occupation forces (IOF) on Thursday night kidnaped three members of the Palestinian Authority (PA) security forces as they were traveling from their workplace in Jericho to their homes in Qabatiya town, south of Jenin.

Local sources told a reporter for the Palestinian Information Center (PIC) that three young PA security officers were searched and rounded up by Israeli soldiers at the Hamra checkpoint near Tubas.

The detainees were identified as Nuruddin Abul-Rab, Mohamed Zakarneh, Ahmed Zakarneh. The reason for their detention is still unknown.

Israeli soldiers abducted, on Thursday at night, three young Palestinians men from Qabatia, south of the northern West Bank city of Jenin, after stopping them at the al-Hamra military roadblock, in the West Bank’s Northern Plains, and one from Nur Shams refugee camp, east of Tulkarem.

Media sources said the soldiers, stationed at the al-Hamra military roadblock, stopped and searched dozens of cars, and interrogated many Palestinians while inspecting their ID cards.

It is worth mentioning that the soldiers have lately increased their deployment around Jenin governorate, in addition to installing many roadblocks on main junctions.

In addition, undercover Israeli soldiers, driving a white civilian car, abducted Ahmad Adnan Hussein, 21, while working at a carwash facility at the main entrance of Nur Shams refugee camp, east of Tulkarem, in northern West Bank, before army jeeps invaded the area, and took the Palestinian to an unknown destination.
Israeli soldiers kidnap Palestinian in Tulkarem

An Israeli special force on Thursday kidnaped a Palestinian citizen from Nur Shams refugee camp in Tulkarem city in the occupied West Bank and took him to an known place.

According to eyewitnesses, a young man called Ahmed Jamal was rounded up by Israeli soldiers near the Tulkarem-Nablus road, which is adjacent to Nur Shams refugee camp.

Israeli soldiers attacked, on Thursday afternoon, the solidarity tent in Wad al-Hummus area, in Sur Baher town, south of occupied Jerusalem, and forcibly demolished and removed it, in addition to firing many gas bombs and concussion grenades, casing dozens of Palestinians to suffer the effects of teargas inhalation, and burning farmlands, the Wadi Hilweh Information Center in Silwan (Silwanic) has reported.

Media sources said the soldiers fired a barrage of gas bombs and concussion grenades at the Palestinians, nonviolently protesting in the tent, demanding Israel to void its plans to demolish more than 230 apartments and displace the families. video

They added that dozens of Palestinians suffered the effects of teargas inhalation, in addition to cuts and bruises, after being assaulted by the soldiers.

Fire also broke out in Palestinian lands, burning many trees and plants due to the intensity of the Israeli gas bombs and concussion grenades.

The soldiers also invaded the al-‘Isawiya town, in Jerusalem, and abducted a young man, identified as Ahmad al-Masri. video

In addition, dozens of soldiers and officers stormed Wad Yasoul neighborhood in Silwan town, in Jerusalem, and attacked many Palestinians, in addition to removing Palestinian flags. video video video

The soldiers, accompanied by workers of the Jerusalem City Council, also invaded many streets in the al-‘Isawiya town, before attacking many Palestinians, and removed Palestinian flags in addition to poster of Mohammad Samir Obeid, 21, who was killed by the army on June 27th.
Palestinian Suspect Arrested in Israeli Teen’s Rape

Police on Tuesday arrested a Palestinian man from the West Bank suspected of raping a 13-year-old girl in Ashdod, stating that the suspect fled to the West Bank after the incident, which took place in May, and that he was located and arrested on Tuesday.

However, according to information obtained by Haaretz, the suspect, a man in his 30s, reported of his own accord to the police stations last week, and was not initially arrested.

In a statement, the police said the man, a maintenance worker in an Ashdod boarding school, is suspected of taking one of the students to his room and raping her. Ashkelon Magistrate’s Court extended his detention on Wednesday for six days.

Although the police claimed he fled and was located for arrest, the suspect went to the police station on July 3, and asked if he was wanted for investigation, as his entry permit to Israel had been revoked and he had heard rumors that the police wanted to question him. His attorney, Shani Farjun, said officers told him he does not need to be questioned, and he then left the site.

Farjun added that the suspect visited five other Israeli police stations in the West Bank and was told at all of them that he was not being sought for questioning.

“From the moment the suspect learned he was to be questioned in connection with a sex crime, he showed up immediately at the police stations in Hebron and Gush Etzion, where he was explicitly and unequivocally told he was not wanted for questioning … The suspect received documentation from the Israeli police confirming this,” the attorney said. “His conduct and desire to be questioned are the best testimony to his innocence, for he did not try to escape questioning and did all he could to clear his name,” she added.

The suspect who was doing renovations at a school established a relationship with the 13-year-old student, allegedly took her to one of the apartments he was renovating and assaulted the girl; he was located in the West Bank after 2 months

A Palestinian man from the West Bank was arrested Tuesday on suspicion of sexually assaulting a 13-year-old girl at a school in the southern city of Ashdod two months ago.

The suspect, who is believed to be in his thirties, was living in Ashdod at the time and was allegedly employed by the school to do renovations work.

The Magistrate's Court in Ashkelon extended his remand on Wednesday morning and allowed the case to be publicized without revealing the details of either the perpetrator or the victim. The initial complaint was filed with the police toward the end of May.

According to the police, the suspect established a relationship with the teenager while doing renovations at the school the girl was attending. One day the two apparently went to a nearby apartment - which the suspect was also renovating - and sexually assaulted the 13 year old.

Fearing his actions will be exposed, the Palestinian then left Ashdod and his whereabouts remained unknown until last Tuesday when he was finally apprehended by the police after a two-months manhunt.

"Following a police report, we launched an immediate investigation which led us to believe the suspect was hiding in the territories of the Palestinian Authority," the police said in a statement.

"We’d taken a variety of actions to locate the suspect, including requesting assistance from other security forces … The investigation is still in its initial stages and we will continue taking the necessary actions in order to get to the truth,” the police added.
IOA re-detains Jerusalemite prisoner after his release

The Israeli occupation authority (IOA) on Thursday morning re-detained a Palestinian prisoner from Jerusalem immediately after he completed his prison term.

According to the Palestinian Prisoner Society (PPS), the IOA detained once again Waseem al-Jallad, 41, and transferred him to al-Maskubiya police station immediately after he was released and finished a 15-year prison sentence.

PPS described the detention of Jerusalemite prisoners following their release upon completion of their sentences as a policy pursued by the IOA in order to prevent their families and friends from celebrating their release.
IOF arrests 12 Palestinians in the West Bank

The Israeli Occupation Forces (IOF) arrested 12 Palestinians from different parts of the West Bank on Wednesday night and the early hours of Thursday morning.

Clashes broke out between the youth and the IOF in the Deheisheh refugee camp, Bethlehem, and a number of young men were shot and injured.

A number of Palestinian youths were also shot and injured in clashes with the IOF in Azmut, near Nablus.
IOF attacks citizens in Deheisheh camp, injure two

According to local sources, the events started when Israeli soldiers stormed the camp and kidnaped 33-year-old Sami al-Ja’fari from his home.

Two teenagers suffered bullet injuries in their legs during the clashes.