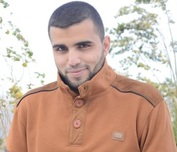 Israeli Occupation authority (IOA) extended the detention order against captive Muntaser al-shunnar from Nablus city after the Israeli court of appeal in Ofer had decided to release him from administrative detention.

Mustafa al-Shunnar, the father of captive Muntaser, revealed that the Israeli court decided to renew the detention order against his son for 8 new days and kept him detained in Megiddo Israeli jail. He opined that the court’s decision is vexatious and unjustified.

Palestinian Prisoners Center for Studies revealed that the IOA renewed the detention order against Adi just on the day he was supposed to be released.

The center pointed out that the sick captive Adi who is from Beit Ummar town in northern al-Khalil and held in Ofer Israeli jail was arrested on February 22.

He suffers from several diseases and has been struggling with colon cancer and heart disorders. Shortly before his arrest, he underwent a bypass surgery and another operation to remove a tumor in the colon.

He was pursuing chemical treatment before his arrest which needs to be completed, the center added. Israeli prison authorities also isolated detainee Adi in Ofer jail for four days after two months of his detention. He was arrested for alleged incitement in a Friday sermon.

Captive Adi has been deprived of family visitation since then, the center highlighted.
Hamas, PFLP prisoners declare state of alert in Israeli jail

Tension has been running high in the Israeli occupation jails of Ramon and Nafha on Tuesday after the Israeli prison service (IPS) cracked down on Palestinian detainees.

Israeli special forces stormed sections 1, 5, and 7 in the Ramon jail and imposed sanctions on prisoners affiliated with the Popular Front for the Liberation of Palestine (PFLP).

The IPS confiscated the detainees’ electric kit and slapped a series of sanctions on them. Over recent days, PFLP detainees have gone on protest moves in solidarity with their fellow inmate Bilal al-Kayed, who had been on a hunger strike for seven days in protest at being transferred to administrative detention, without charge or trial, right after he ended his 14-year sentence.

Tension has also flared up in the Israeli Nafha jail following a decision by the IPS to transfer the prisoners’ delegate Jamal al-Hour to the Eshel lock-up. Hamas prisoner leadership declared a state of alert across the Nafha jail in protest at the move.
IOA renews administrative detention of a blind academic

The Israeli Occupation Authorities (IOA) renewed the administrative detention of a blind university lecturer for the second consecutive time.

Al-Amarna spent six years behind Israeli bars in separate arrests the last of which was last February. He is currently held in Negev prison amid very difficult detention conditions especially that he needs special care for interpreting his environment.

Under international law, the use of administrative detention is permitted only in exceptional cases related to security. Israel, however, has detained thousands of Palestinians, and for years without charging them or allowing them to defend themselves in trial.

Of the estimated 7,000 Palestinians behind Israeli bars, at least 715 are administrative detainees, according to Addameer's statistics.
Army Kidnaps Twelve Palestinians In The West Bank

One Palestinian was kidnapped on Monday evening.

The soldiers violently searched the invaded homes, and interrogated the families, before kidnapping the four Palestinian youngsters.

Also, the Hebron office of the PPS has reported that the soldiers invaded the ath-Thaheriyya town, south of the city, in the southern part of the occupied West Bank, also searched homes and kidnapped a Palestinian man, identified as Yousef Mohammad Nofal Samasra, 45.

In addition, the Nablus office of the PPS, in the northern part of the occupied West Bank, has reported that dozens of soldiers invaded Beita town, south of the city, searched homes and kidnapped four Palestinians, identified as Waleed Ahmad ‘Odeili, 23, Mahdi ‘Atef Dweikat, 18, Ahmad Abdul-Karim Dweikat, 20, and Bassem Abdul-Latif Dweikat, 24.
Army Injures Three Palestinians, Kidnaps One, In Tulkarem

Israeli soldiers invaded, on Tuesday at dawn, Nour Shams refugee camp, in the northern West Bank city of Tulkarem, kidnapped one Palestinian and injured at least three others.

Media sources in Tulkarem said dozens of soldiers surrounded the refugee camp, before invading it in an attempt to kidnap two Palestinians.

The invasion led to clashes between the soldiers, who fired live rounds, rubber-coated steel bullets and gas bombs, and many youngsters, who hurled stones and empty bottles on the invading armored vehicles.

Local sources said exchanges of fire took place in the camp after the soldiers invaded it, and that the soldiers also kidnapped one Palestinian, identified as Mahdi Fayyad during searches of homes.
20 june 2016
IOF releases prisoner’s family after detention for hours

Israeli Occupation Forces (IOF) at dawn Monday arrested three members of the family of the Palestinian prisoner Khalil Abdulhaq, from Qusra town in southern Nablus, and released them a few hours later.

Local sources told the PIC reporter that the IOF soldiers arrested the captive’s wife, Maha Badawi, his son, Mutasem, and his daughter Muna.

Israeli forces searched the detainee’s home and deliberately wreaked havoc inside causing great damage to its contents, the sources underlined.

Captive Abdulhaq was arrested along with his other son last Thursday after being summoned to be questioned by the Israeli intelligence.
42 Gazans allowed to visit relatives in Ramon jail today

A few number of Palestinian families from the Gaza Strip were able to visit their relatives on Monday in Ramon jail after the Red Cross managed to coordinate their travel with the Israeli side.

A Red Cross spokeswoman told the Palestinian Information Center (PIC) that 42 Palestinian citizens from Gaza, including 12 children, were allowed to enter south of Israel through Beit Hanoun (Erez) crossing to visit 22 relatives in the jail.

Many prisoners' families from Gaza are denied permission to visit detained relatives, often without explanation from the Israeli authorities.

The families who manage to get permits are allowed to visit their relatives once every three months. Visitors are escorted to the prison by an official from the Red Cross, the only organization permitted to coordinate family visits with the Israeli authorities.

A number of Israeli military vehicles invaded, on Monday at dawn, the town of Beit Fajjar, south of the West Bank city of Bethlehem, searched homes and kidnapped two Palestinian teenagers.

Local sources said the soldiers searched a few homes in Beit Fajjar, and kidnapped Rebhi Mohammad Taqatqa, 17, and Mahmoud Eyad Thawabta, 18, before taking them to the Etzion military base and security center, south of the Bethlehem.

The soldiers also invaded various neighborhoods in the town, and clashed with several local youngsters, who hurled stones and empty bottles on the military vehicles, while the soldiers fired sounds and gas bombs, and concussion grenades.

The Palestinian Prisoners Society (PPS) said al-Atrash is a media researcher and Khaseeb teaches in the journalist department of Birzeit University –- they recently obtained their Masters Degrees from the Eastern Mediterranean University in Cyprus.
Army Kidnaps Seven Palestinians In Hebron, Injures Two Siblings

The army also invaded a few towns in the district.

The Hebron office of the Palestinian Prisoners Society (PPS) has reported that the soldiers invaded several neighborhoods in the city, stormed and ransacked many homes and kidnapped six Palestinians.

It is worth mentioning that al-Haymouni’s brother was injured after the soldiers fired rubber-coated steel bullets while invading the family home, before Palestinian medics moved him to a nearby hospital.

In addition, the army invaded several neighborhoods in Yatta town, especially the al-Heela neighborhood, in addition to the towns of Beit Amra, Susiya and al-Karmel, before soldiers searched homes belonging to Ed’eis family, and a cattle farm belonging to Sami al-Adra.

The soldiers also invaded and searched al-Adra’s home, and his sons’ homes, and violently searched them.
Israeli Soldiers Kidnap A Young Man In Jerusalem

The Jerusalem Office of the Palestinian Prisoners Society (PPS) has reported that Israeli soldiers kidnapped, on Monday at dawn, a young Palestinian man, in occupied Jerusalem, and illegally confiscated electronic equipment.

The PPS stated that the soldiers invaded Ras Khamis area, near Shu’fat refugee camp, in Jerusalem, before breaking into the home of Mousa Rishiq, 23, and kidnapped him after violently searching the property.

The PPS added that the soldiers also invaded a home, owned by members of Sharha family in the refugee camp, and confiscated several electronic equipment, owned by the family.

The soldiers also fired several gas bombs, some striking homes, while withdrawing from the refugee camp, causing a number of Palestinians to suffer the effects of tear gas inhalation.

In addition, the soldiers installed military roadblocks on the main roads, leading to the al-‘Eesawiyya town, in Jerusalem, before stopping and searching dozens of cars.

The soldiers also attacked several Palestinians while inspecting their ID cards on the roadblocks, and interrogated many of them.

Prisoner Nassar was arrested by the Israeli occupation forces in March and transferred to administrative detention, with neither charge nor trial.

Nassar is currently incarcerated in a solitary lock-down in the Israeli Ofer jail.

The detainee initiated his hunger strike in protest at being held administratively, without trial.
Gaza: Factions and families reject Red Cross' invitation to iftar

The Palestinian factions and the families of prisoners in the Gaza Strip have decided not to attend a communal meeting for "iftar" (Ramadan's evening breakfast) called for by the Red Cross.

Member of the national committee for prisoners Atiya Bassyouni stated that the Red Cross invited the families of prisoners and representatives of factions to attend a meeting that includes iftar on Monday in order to discuss prisoner-related issues.

He described the refusal to attend this meeting as an expression of protest against the waning role of the Red Cross towards the prisoners and their families, especially its decision to shrink its organization of family visits to jails.
Four Days After Kidnapping Her Husband, And Son; Army Kidnaps A Mother And Her Daughter

Israeli soldiers kidnapped, on Monday at dawn, a Palestinian mother and her daughter, from their home in Qusra village, southeast of the northern West Bank district of Nablus, just four days after the soldiers abducted her husband and son.

He added that the soldiers surrounded the family home before breaking into it, and violently searched the property.

Wadi added that, on Thursday, the soldiers kidnapped the husband, Khalil Abdul-Haq Hasan, 57, and his son Mohammad, in a nearby military base and security center, near Nablus, after summoning them for interrogation.
60 Prisoners declare hunger strike in Megiddo prison 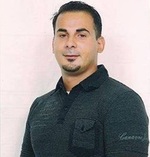 60 Palestinian prisoners affiliated with the Popular Front for the Liberation of Palestine (PFLP) declared hunger strike in Megiddo prison in solidarity with the administrative detainee Bilal Kayed.

The Palestinian Prisoners Society (PPS) affirmed that five other prisoners held in Gilboa prison will also declare hunger strike on Monday. More prisoners will join the strike in the coming days, the PPS added.

The hunger strike came in protest against the Israeli decision to extend Kayed’s administrative detention for six months after he ended his 14-year sentence.