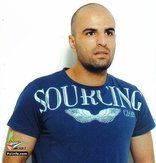 The lawyer said, quoting Bsharat, that the doctors informed him that he suffers from kidney failure, and needs to have dialysis three times a week.

Bsharat added, according to Al Ray Palestinian Media Agency, that, on 20th May, 2017, he suffered from a severe pain in his neck and a respiratory problem, so, he was transferred from the Negev prison to Soroka hospital.

Bsharat said that he stayed for a week in the hospital before being transferred to Ramleh prison clinic, where he went through a fever due to medical negligence.

He was then taken to Assaf Harofeh Hospital, and was finally brought back to Ramleh, after his health stabilized.

It is noteworthy that Bsharat has been detained since August of 2002, and is sentenced to 18 years. He is one of 16 detainees now staying in the  clinic.
Israeli Soldiers Abduct Four Palestinians In Hebron And Salfit

Israeli soldiers invaded, on Wednesday at dawn, the West Bank governorates of Hebron and Salfit, searched many homes and abducted four Palestinians.

Media activist and the spokesperson of the Popular Committee against the Israeli Annexation Wall and Colonies in Beit Ummar, Mohammad Ayyad Awad, said the soldiers have abducted fourteen Palestinians, including five children, in the town, since the beginning of this month.

It is worth mentioning that clashes took place in the area behind the Old Mosque in the town, in addition to Safa Junction area, after the soldiers invaded them.

Israeli soldiers abducted, on Wednesday at dawn, a Palestinian man from al-‘Obeydiyya town, east of Bethlehem, and summoned another Palestinian from Hindaza area, in the eastern part of Bethlehem city.

The soldiers also invaded Hindaza area, east of Bethlehem, and summoned Mohammad Khaled Nawawra, for interrogation at the Etzion military base and security center, south of Bethlehem.

Furthermore, the soldiers invaded Jabal al-Khleifat and Wadi Shahin areas, in Bethlehem city, and fired many gas bombs and concussion grenades during clashes that took place with  local youngsters, who hurled stones on the military vehicles.

In addition, the soldiers abducted a Palestinian man, identified as Samir al-Harbawi, the father of Baha’ Harbawi, 23, who was killed on Tuesday evening at a military roadblock, northeast of occupied East Jerusalem.
Israeli Soldiers Abduct A Palestinian In Jerusalem

Israeli soldiers abducted, on Wednesday at dawn, a young Palestinian man from the al-‘Eesawiyya town, in occupied  East Jerusalem, reportedly for transporting the three Palestinians who were killed after stabbing and killing an Israeli soldier, on Friday June 16th.

Israeli daily Haaretz said two of them were killed after attacking Police officers with knives and guns, and that a third Palestinian was shot and killed after stabbing an Israeli border policewoman, identified as Hadas Malka, 23, causing critical wounds that led to her death. Another Israeli officer was wounded in the attack.

Following the abduction of the Palestinian driver, the army said it is still unclear if he knew of their intention to carry out an attack, and failed to stop or report them, or he was just a driver.
20 june 2017
Israeli Soldiers Kill A Palestinian Near Jerusalem 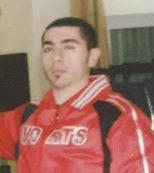 Israeli soldiers shot and killed, on Tuesday evening, a young Palestinian man near Jaba’ military roadblock, northeast of occupied East Jerusalem, after he reportedly attempted to stab them. The soldiers abducted the father of the slain Palestinian and took him to an interrogation facility in Ma’ale Adumim colony.

The Palestinian Health Ministry has confirmed that the slain Palestinian has been identified as Baha’ Emad Samir al-Harbawi, 23, from the town of al-‘Ezariyya, east of Jerusalem.

The Israeli army claimed that the soldiers killed the Palestinian after “he attempted to stab them, while they were conducting routine searches.”

The army also closed the area, and isolated it, while more troops were deployed around it, especially around Palestinian communities north of Jerusalem, and in the northern part of the West Bank.

In addition, the soldiers invaded al-‘Ezariyya, and abducted Emad al-Harbawi, the father of the slain Palestinian, after storming his home and searching it, and took him to a detention and interrogation center in Ma’ale Adumim colony.

Hani Halabiyya, the media spokesperson of the Popular Committees, said at least ten military vehicles invaded al-‘Ezariyya and surrounded the neighborhood were al-Harbawi lived, before storming their home and abducting the father.

The family denounced the murder of its son, and the military allegations. Eyad al-Harbawi, the uncle of the slain Palestinian, said Baha’ left al-‘Ezariyya after finishing his work in the evening, and told the family that he was heading to Ramallah to visit his brother, and to do some shopping there.

Baha’ was never detained and imprisoned by Israel, and had no political affiliation.
Israeli Soldiers Abduct Two Palestinians In Jenin And Bethlehem 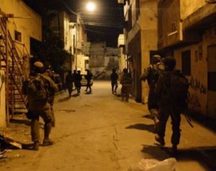 Israeli soldiers abducted, on Tuesday at dawn, three young Palestinian men from the southern West Bank governorate of Hebron, and invaded many neighborhoods in the city, and nearby towns, in addition to installing military roadblocks.

The Hebron office of the Palestinian Prisoners’ Society (PPS) said the soldiers abducted Mahmoud Amer Abu Shaker, 19, from his home in the city.

The PPS added that the soldiers also stormed and ransacked homes in Doura town, south of Hebron, and abducted Hamza Nader Abu Ehlayyel, 19.

It also stated that the soldiers abducted Bilal Na’im Ja’afra, 24, from his home in Tarqoumia town, west of Hebron city.

In addition, the soldiers installed many roadblocks on roads leading to Hebron city, searched dozens of cars ad interrogated the Palestinians while inspecting their ID cards.

The soldiers also invaded the towns of Sa’ir, Bani Neim, Yatta and ar-Reehiyya, and installed roadblocks on roads leading to Sa’ir, ath-Thaheriyya and Jouret Bahlas area, before stopping and searching dozens of cars, and interrogated many residents while inspecting their ID cards.

Late on Monday at night, the army invaded Sa’ir and clashed with dozens of local youngsters, after the soldiers invaded homes in the Dowwara area.
19 june 2017
Palestinian former minister held in administrative detention

Family sources affirmed to the PIC reporter that Qubaha was sentenced to four months in administrative detention only few days after his detention.

The former minister was arrested from his house in Jenin few days ago only a month after his last release from Israeli jails.

Administrative detention is the imprisonment of Palestinians without charge or trial and on the basis of secret evidence for up to six-month periods, indefinitely renewable by Israeli military courts.

Palestinian detainees have continuously resorted to open-ended hunger strikes as a way to protest their administrative detention and to demand an end to this policy, which violates the international law.
Israeli Soldiers Abduct Nineteen Palestinians In The West Bank

Israeli soldiers abducted, on Monday at dawn, nineteen Palestinians, including a blind man, in addition to a father and his two sons, in different parts of the occupied West Bank, during extensive and violent searches of homes.

The Palestinian Prisoners’ Society (PPS) has reported that the soldiers invaded several areas in the West Bank governorate of Bethlehem, searched and ransacked many homes and abducted seven Palestinians, including a father and two of his sons.

In the Ramallah and al-Biereh governorate, in central West Bank, the soldiers abducted two Palestinians identified as Mohammad Abu Awwad and Younes Hawamda.

The soldiers also ambushed a Palestinian in a courtyard of the Al-Aqsa Mosque, and abducted him before moving him to an interrogation center in the city.
Army Abducts Two Palestinians In Jerusalem

Israeli soldiers abducted, Monday, two young Palestinian men, including one who was taken prisoner from the Al-Aqsa Mosque compound, in occupied East Jerusalem.

The soldiers also ambushed a Palestinian in a courtyard of the Al-Aqsa Mosque, and abducted him before moving him to an interrogation center in the city.
Israeli Soldiers Abduct Two Palestinians In Qalqilia And Jenin

Israeli soldiers invaded, on Monday at dawn, the village of Sneeria, east of the northern West Bank city of Bethlehem, and abducted a young man. The soldiers also abducted one Palestinian at a military roadblock near Jenin.

The sources added that the soldiers abducted Mohammad Amin Sheikh, 18, and took him to Etzion military base and security center, north of Bethlehem.

In Jenin, also in northern West Bank, the soldiers abducted a young man, identified as Adam Sharqawi, after stopping him at a military roadblock, installed by the army at the main entrance of Zababda town, south of Jenin.

The Palestinian was heading back home in Zababda, when the soldiers stopped and searched many cars, and interrogated the Palestinians while inspecting their ID cards.
Including Father And His Two Sons, Israeli Soldiers Abduct Seven Palestinians In Bethlehem

Israeli soldiers invaded, on Monday at dawn, the West Bank governorate of Bethlehem, broke into and searched homes, and abducted seven Palestinians, including a father and two of his sons, the Bethlehem office of the Palestinian Prisoners’ Society (PPS) has reported.

The PPS said the soldiers invaded Bethlehem city, before searching and ransacking homes, and abducted Anwar Abdul-Hamid ‘Adawy, 60, in addition to his sons, Midhat, 26, and Ibrahim, 22.