Israeli forces on Sunday arrested 18 Palestinians who allegedly belonged to a group chat on the WhatsApp messenger service that included the perpetrator of an anti-occupation attack in Jerusalem, Israeli sources said Sunday.

Questioning of the suspects revealed that the group was primarily to share religious materials.

A court extended the remand of 10 of the suspects while the others were released under restrictions.

The Israeli military court of Salem issued on Sunday a sentence of four life imprisonment terms against the young man Mohammad al-Haroub, from Deir Samet town near al-Khalil.

Captive Haroub was charged for killing three Israelis in an anti-occupation shooting attack at Gosh Etzion junction in November, 2015.

His home was also knocked down by Israeli forces within the collective punishment policy pursued by Israeli authorities against the families of Palestinians who carry out anti-occupation attacks.
Israeli Soldiers Abduct Fifteen Palestinians In The West Bank

The Palestinian Prisoners’ Society (PPS) has reported that Israeli soldiers abducted, on Sunday at dawn, at least fifteen Palestinians, from their homes after violently searching them, in different parts of the occupied West Bank.

The Bethlehem office of the PPS said the soldiers invaded many homes, in different parts of the district, searched them, and abducted five Palestinians.

The abducted Palestinians have been identified as Hasan Ahmad Sabateen, 22, and Yazan Minwer Sabateen, from Husan town, to Moayyad Salah Taqatqa, 22, from Beit Fajjar, Jamil Ibrahim Taqatqa, 18, from Um Salmouna village, and a young woman from Taqatqa family, the sister of Raddad Taqatqa, who was abducted by the soldiers two days ago.

The soldiers also installed a sudden roadblock near Jenin, and abducted a young man, identified as Saeb ‘Alawna.

In Hebron district, in the southern part of the West Bank, the soldiers invaded and ransacked several homes, interrogated many Palestinians, and abducted seven, including a father and his four sons.

The soldiers abducted Mohammad Hisham Ja’bari, and Ma’moun Hussein Salah Natsha, 17, from their homes in Hebron city, during extensive and violent military searches of homes, the Hebron office of the PPS said.

Palestinian Prisoner Society revealed on Sunday that the Israeli occupation authority (IOA) is detaining 19 mothers out of 60 female captives in Israeli Sharon and Damon jails.

In a statement on the occasion of Mother’s Day, the Society pointed out that the IOA deprives some of the female detainees of the right of family visitation.

Others also complain of harassment, the ban of open visits which allow them to hold their children and the deprivation of communication either through phone calls or even via written messages.

The statement revealed that the wounded detainee Ablah al-Adam, 46 from al-Khalil, is a mother of nine children. Her youngest child was under three years old at the time of her arrest.

Captive Nisreen Hassan, 38, from Haifa, is denied her right of family visitation because her seven children are living in the besieged Gaza Strip. The youngest of her children was a 9-month-old infant when she was arrested.

Among the imprisoned women in Israeli jails is detainee Joudeh Abu Mazen, 45, who is being held captive along with her husband and son.
Arrests reported in West Bank sweep by IOF

A number of Palestinian civilians were kidnapped by the Israeli occupation forces (IOF) at daybreak Sunday in assaults launched across West Bank provinces.

At predawn time, the IOF kidnapped the Palestinian citizen Saeb Alawna as he passed through a makeshift checkpoint set up on the access road to Nablus.

In the meantime, a flock of Israeli military jeeps rolled into Nablus’s eastern towns of Beit Furik and Beit Dajan at the crack of dawn and raked through residential neighborhoods for over one hour before they retreated to the Beit Furik checkpoint.

At the same time, hordes of Israeli settlers have been spotted in makeshift tents pitched in Beit Dajan’s eastern corners.

Overnight, the IOF stormed Beita and Ourata, south of Nablus, and showered the area with acoustic grenades, sparking clashes with Palestinian protesters.

Meanwhile, 18-year-old Maamoun al-Natsha was kidnapped by the Israeli soldiers near Gilbert checkpoint, in Tel al-Rumeida, in al-Khalil.

Israeli soldiers abducted, on Saturday at night, a Palestinian teenage boy in Tal Romeida neighborhood, in the center of Hebron city, in the southern part of the occupied West Bank.

Media sources in Hebron said the abducted teen has been identified as Ma’moun Hussein Natsha, 18, and that he was taken prisoner while trying to cross a military roadblock, in Tal Romeida.

Israeli forces reportedly detained a Palestinian youth after he crossed the border fence from the besieged Gaza Strip into Israel on Friday, Israeli media reported.

Hebrew-language news sites reported that the Palestinian youth was able to cross the border fence and make his way into the southern Israeli town of Eshkol.

Israeli army forces detained the youth before transferring him to interrogation with the Israeli intelligence.

An Israeli army spokesperson said they were looking into reports.
Palestinian ex-prisoner kidnapped by Israeli forces from al-Khalil

The Israeli occupation forces (IOF) at dawn Friday kidnapped an ex-prisoner from Dura town, in al-Khalil, in the southern West Bank.

Local sources said Israeli army patrols stormed the home of ex-prisoner Youssef Kazaz and wreaked havoc on the building before they dragged the arrestee to an unidentified destination.

The Israeli soldiers seized Kazaz’s car and cracked down on his family members, sparking panic among women and children.
MK Ghattas accepts to serve 2 years in jail, to quit Knesset

Arab MK Basel Ghattas signed a plea bargain agreement late on Thursday in which he agreed to serve two years in jail and resign his Knesset seat after being accused of smuggling cellphones to two Palestinian prisoners, Israeli media sources revealed.

The sources said that lawyer of MK Basel Ghattas, of the Joint (Arab) List’s Balad faction, signed a plea deal Thursday with Israeli prosecutors in which he will resign from the Knesset and serve two years in jail.

According to the deal, MK Ghattas will admit in court early next week to charges including “smuggling phones into prison, smuggling documents and breach of trust.”

In a statement, Ghattas said everything he did was driven by personal reasons of conscience and humanitarian feelings toward the prisoners and that he accepted full responsibility for his actions.

He added that the deal provided for a different indictment to the one presented to the Knesset and would not include clauses relating to harming state security or Israeli citizens, or to terror.

Ghattas has been under a criminal investigation after he was caught on prison surveillance video passing envelopes to Palestinian prisoners in December 2016.
Israeli court adjourns trial of Palestinian female MP for 3rd time

The Israeli Ofer Court on Thursday evening adjourned the trial of the female Palestinian MP Samira Halayka to Tuesday.

A PIC news correspondent said three hearings were held for MP Halayka but there were neither charges nor tangible evidence that legitimize her detention.

The Israeli court claimed the trial was delayed again because an indictment list is being prepared against Halayka. 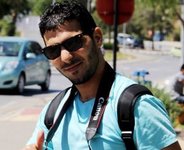 Family sources affirmed to the PIC reporter that Israeli authorities released their son via Saba’a military checkpoint to the south of al-Khalil.

Israeli Haaretz newspaper disclosed that an Israeli military court on Wednesday passed two life sentences in addition to a payment of a quarter of a million shekels as a compensation against prisoner Mohammad Amayreh.

The 38-year-old Palestinian captive Amayreh, from Doura town in al-Khalil, was charged with driving the car which was used in an anti-occupation shooting attack resulting in the death of the headmaster of a Jewish religious school, Michael Mark, last July.
Israeli Soldiers Abduct Three Palestinians In Hebron

The Hebron office of the Palestinian Prisoners; Society (PPS) has reported that several army vehicles invaded Ethna town, west of Hebron, and abducted Zeid Ahmad al-Masri, 37, after searching and ransacking his home.

The PPS added that the soldiers also abducted a former political prisoner, identified as Tha’er Mohammad Awad, 29, from Hebron, after stopping him at ‘Atara military roadblock, north of Ramallah, in central West Bank.

It also stated that the soldiers abducted a young man, identified as Waseem Bassam Qattam, 20, near the Ibrahimi Mosque in Hebron.

The Israeli occupation army on Wednesday evening arrested a Palestinian boy near the Ibrahimi Mosque in the southern West Bank on claims of carrying a knife.

The Israeli police said in a statement that a 17-year-old Palestinian boy was arrested at a military checkpoint set up on the main access road to the Ibrahimi Mosque, in al-Khalil, for holding a knife.

The minor was transferred to an Israeli detention center pending further interrogation.

Over the past couple of years, several Palestinians were arrested by the Israeli army at military roadblocks pitched across the Old City of al-Khalil and the environs of the Ibrahimi Mosque on allegations of attempting to carry out anti-occupation stabbing attacks.
Arrests carried out during IOF fresh raids

The Israeli Occupation Forces (IOF) carried out overnight and at dawn Thursday a large-scale raid and arrest campaign throughout the West Bank.

In Tubas, IOF stormed Tamun town, east of Tubas city, and arrested a young man from his house.

Local sources told the PIC reporter that a number of checkpoints were erected throughout the town.

In Jenin, Israeli forces raided late yesterday Sillat Dahar town, south of Jenin city, and arrested a youngster at a make-shift checkpoint erected at the entrance to the town.

The PIC correspondent quoted eyewitnesses as affirming that the youngster was detained after IOF soldiers stopped his car at the checkpoint and took him to unknown investigation center.

In Qalqilia, dozens of Israeli soldiers stormed Naqar neighborhood and arrested a local resident after violently breaking into his house.

The Palestinian Prisoners Society (PPS) has reported that Israeli soldiers have abducted, overnight and during early morning hours Thursday, nine Palestinians in different parts of the occupied West Bank, amidst violent invasions and searches of homes. 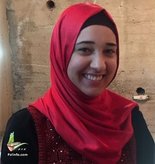 Palestinian journalist Dweik had been subjected to exhaustive questioning by the Israeli forces and was released hours after she was kidnapped from her family home in Occupied Jerusalem.

Dweik was kidnapped by the Israeli forces on Wednesday evening from her home in Silwan’s neighborhood of Ras al-Amoud, south of al-Aqsa Mosque.

The journalist was dragged to an Israeli detention center, where she had been exhaustively questioned.