The Palestinian Committee of Prisoners’ Affairs has expressed concern over the health of seven critically ill Palestinian detainees held in Israel’s Ashkelon prison, warning of a continuous deterioration of their conditions due to “deliberate medical negligence” by Israeli prison authorities.

The committee said, in a statement on Monday, that the medical conditions of the seven detainees was worsening every day.

According to Ma’an News Agency, the statement said that Othman Abu Khurj has been suffering from liver and kidney issues; Ramzi Barash from heart and ear issues; Nahed al-Aqra from severe pains after having both of his legs amputated; Said Musallam from heart issues after undergoing two cardiac catheterization surgeries over the course of nine months; Muhammad Barash from a leg amputation, blindness, and deafness; while two detainees, Ibrahim Abu Mustafa and Fadil al-Karki, have been suffering from serious psychological issues.

Rights groups have widely condemned Israel for a “deliberate policy of neglect” of Palestinian detainees, while Israeli doctors have also been accused of condoning the mistreatment of Palestinian prisoners in solitary confinement, in a violation of medical ethics and international law that could amount to torture.
Amnesty International: Al-Qeeq Release Deal Further Proves Deception of Administrative Detention

Amnesty International claims that the deal signed to release hunger-striking journalist Mohammad Al-Qeeq is another piece of evidence regarding the deception of Israel’s administrative detention policy.

“The series of latest hunger strikes revealed that trick of Israel’s administrative detention policy, which is predominately used to detain Palestinians without charge or trial is arbitrary and abusive, and proved the absence of charges against them.” the chairman of Amnesty International , Yonatan Jabr, said.

Amnesty International, according to Al Ray, condemned the detention policy, calling for the release of all detainees who continue to be held under it.

According to Israeli Prison Service, around 700 administrative prisoners were detained since the end of last year.

The organization expresses its deep concern at the high number of administrative detainees, recently, and the use of administrative detention policy against Palestinians, where Israeli authorities detain without specified indictments. Additionally, authorities’ refusal to disclose any of the charges against them, claiming them to be secret, impeding the work of their lawyers.
Palestinian youth kidnapped by Israeli forces from Jordan Valley

The Israeli occupation forces on Monday evening kidnapped a Palestinian youth from his home in Khirbet al-Hadidiya, in the northern Jordan Valley.

Lawyer Khaled Zabarqa said on Monday that the captive journalist Mohammed al-Qiq is now under intensive treatment after he ended his 33-day hunger strike.

Qiq ended his hunger strike last Friday after the Israeli prosecution told the military court that there is no intention to renew Qiq's administrative detention which ends on 14th April 2017, the same date of his release.

Zabarqa added that Qiq is currently held at Assaf Harofeh hospital in the 1948 occupied Palestinian territories under intensive treatment where he is given hot drinks and supplements to recover.

Zabarqa pointed out that the Israel Prison Service informed the hospital that it intends to return Qiq to Ramleh prison clinic, but doctors categorically refused and stressed that he still needs to complete the treatment in the hospital for a period of time.

Mohammed al-Qiq fainted twice during the past week due to his hunger strike and suffered many complications including vomiting yellow substance and coughing blood, as well as severe dizziness, chronic headache, and general weakness.
Palestinian female prisoner’s detention extended

The arrest of Palestinian female prisoner Batoul al-Rumhi, 24, was extended for 11 days after being prevented from meeting her lawyer, rights sources revealed on Monday.

The court also extended her arrest for 11 days, the sources added.

The Palestinian Prisoners Society (PPS) said that the 35 detention orders, without charge or trial, were issued since the beginning of March.

The female prisoner Ihsan Dababsah, from al-Khalil, was placed under administrative detention for six months.

Dababsah was arrested for the second time on Feb. 23.

13 of the reported administrative detainees were arrested for the first time or were recently re-arrested, according to the sources.

Administrative detention is the imprisonment of Palestinians without charge or trial and on the basis of secret evidence for up to six-month periods, indefinitely renewable by Israeli military courts.

Palestinian detainees have continuously resorted to open-ended hunger strikes as a way to protest their illegal administrative detention and to demand an end to this policy which violates international law.
Female MP to be brought to court for second time

Palestinian female MP of Hamas Movement Samira al-Halayka is scheduled to be brought to Ofer military court on Monday for the second time within 24 hours.

A first court session was held on Sunday for the female MP during which her detention was extended for 24 hours.

During the session, the Israeli prosecutor demanded to extend her detention for five days. However the judge refused the demand. 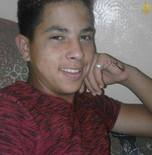 Israeli soldiers invaded, on Monday at dawn, Bani Neim and Beit Ummar towns, in the southern West Bank district of Hebron, searched homes and abducted two Palestinians, including a father of a child who was killed by the army last year.

Eid is the father of Issa Tarayra, 16, who, on September 20, 2016, was killed by Israeli army fire near Bani Neim town, after the soldiers claimed he “attempted to stab them, while eyewitness said the child was shot right after he stepped out of a Taxi that was stopped by the soldiers.

Mohammad Awad, the media coordinator of the Popular Committee in Beit Ummar, said the soldiers abducted his son from his home, and moved him to Etzion military base and detention center, north of Hebron.

He added that the abduction of his son brings the number of Palestinians from Beit Ummar, who have been abducted by the army this year, to 38.

It is worth mentioning that the soldiers installed roadblocks on roads leading to Sa’ir and Halhoul towns, and Hebron’s northern entrance, before stopping and searching dozens of cars, while inspecting the ID cards of the passengers, and interrogating many of them.
Israeli Soldiers Abduct Eleven Palestinians In Jerusalem

Dozens of Israeli soldiers abducted, overnight and at dawn Monday, eleven Palestinians, including two children, in Silwan town, south of the Al-Aqsa Mosque, in occupied Jerusalem. One Palestinian was abducted near Jenin, in the northern part of the occupied West Bank.

Media sources said the soldiers invaded and violently searched many homes, in various neighborhoods in Silwan, and abducted the eleven Palestinians, before moving them to interrogation and detention centers, in Jerusalem.

In addition, the soldiers invaded Qabatia town, south of the northern West Bank city of Jenin, and abducted a young man, identified as Tareq Maher Zakarna, who works with the Civil Defence in Jenin, after breaking into his home and searching it.
IOF arrests 2 Palestinians in Nablus, Jenin

The Israeli Occupation Forces arrested overnight a Palestinian young man, from Beit Furik town east of Nablus, while picking some wild fruits in the Jordan Valley.

Local sources affirmed that the young man was detained for few hours before being released to his family house.

Similar raids was carried out at dawn today in Qabatia town south of Jenin where a Palestinian young man was arrested from his family house.

Local sources affirmed to the PIC correspondent that IOF deployed in large numbers throughout the town and erected a number of checkpoints.

They also arrested the young man Maher Zakarneh after breaking into and violently searching his house.