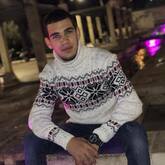 Abu Diab was detained, on Sunday night, after Israeli forces raided and searched his family home in the Old City of Jerusalem.
Only 11 Gazans allowed to visit relatives in Nafha jail

A few number of Palestinian citizens from the Gaza Strip were able on Monday morning to visit their relatives in an Israeli jail.

Spokesman for the Red Cross Suhair Zaqqout told the Palestinian Information Center (PIC) that 11 citizens, including two children, were able to visit eight of their relatives in the Nafha jail in the Negev desert.

The Hamas-affiliated prisoners, who are from Gaza, are still deprived of seeing their families.

There are about 7,000 Palestinian prisoners, including women and children, in different Israeli jails.
Army Abducts Ten Palestinians, Bars Woman From Visiting Detained Sons

Israeli soldiers abducted, Monday, ten Palestinians in the West Bank, including an employee of the Waqf and Islamic Endowment Department, in occupied Jerusalem, and issued orders denying a Palestinian woman the right to visit with her detained sons.

The PPS office in Ramallah governorate, in central West Bank, said the soldiers abducted Abdul-Rahman Ahmad Shehada, from his home in Betunia town, west of the city, and took him to Ofer prison and military base.

It added that the soldiers also abducted a young man, identified as Zoheir Hatem Hweih, from his home in Ein Yabrud, northeast of Ramallah, and installed a roadblock at the entrance of Deir Nitham village, west of the city.

In Nablus, in northern West Bank, the soldiers invaded and ransacked many homes and abducted two former political prisoners, identified as Abdul-Karim Mona, 32, and Montaser Mustafa Shonnar, 28, in addition to Mohammad Shattawi.

In Deir Ballout town, west of Salfit in Central West Bank, the soldiers abducted Suleiman Nasr Abdullah, from his home.

In occupied Jerusalem, the soldiers abducted an employee of the Waqf and Islamic Endowment Department in Jerusalem, while leaving the Al-Aqsa Mosque through the Bab al-Silsila (The Chain Gate).

Firas ad-Dibis, who works at the Waqf Department in Jerusalem, said the soldiers abducted Emad Abdeen, and took him to an interrogation facility in the city.

He added that Abdeen works as a firefighter at the Al-Aqsa Mosque Compound, and is one of the scores of Aqsa workers and guards who have been recently abducted and imprisoned by Israel.

Furthermore, the army released, on Sunday at night, a child, identified as Hasan Ehab Abu Ghazala, 15, three days after abducting him from his home in the Old City, and ordered him under house arrest for four days.

In Jenin governorate, in northern West Bank, the soldiers invaded the home of a former political prisoner, identified as Mahmoud Ahmad ‘Obeidi, who spent eleven years in Israeli prisons, and violently searched the property, in Burqin town southwest of Jenin city, and looted money his residence.

In Addition, the army refused to allow a Palestinian woman, a former political prisoner, identified as Reem Hamarsha, from Burqin town, from visiting with her two detained sons, Anas and Omar, imprisoned by Israel, and revoked her permit.

In related news, the Israeli Internal Security Agency has reported that the army recently arrested a Palestinian, identified as Ayman Mohammad Ali Fajjara, 27, for Jouret ash-Sham’a village, south of Bethlehem, and added that the Palestinian reportedly “confessed during interrogation to carrying out a stabbing attack” in Efrat nearby illegal colony, in 2016, wounding one colonist.

It said that the Palestinian, a member of Hamas movement, bought a knife and infiltrated into the colony, before stabbing and wounding the colonialist settler.
Israeli Navy Abducts Two Fishermen In Gaza

Media sources said the navy fired many live rounds at the fishing boats in Palestinian territorial waters, in addition to using water cannons, and surrounded one boat before abducting two fishermen, identified as Mohammad Adnan Sultan and Hasan Akram Zayed.

The attack is part of ongoing violations against the fishermen in the besieged Gaza Strip, in addition to constant violations targeting farmers and shepherds on Palestinian lands close to the perimeter fence, in the eastern parts of the coastal region.
10 mar 2019
Israeli police arrest two children at Aqsa Mosque

Aged 12, the two children, whose identity has not been revealed yet, were taken to a nearby detention center for interrogation.
IOF confiscates prison visit permit from Palestinian mother

The Israeli occupation forces (IOF) on Sunday morning detained the mother of two prisoners at al-Jalama crossing, north of Jenin in the West Bank, and forced her to return to her home without visiting her sons.

Local sources told the Palestinian Information Center (PIC) that Israeli soldiers withdrew the visit permit from Reem Hamarsheh, the mother of Omar and Anas Hamarsheh, as she was going to visit her sons aboard a Red Cross bus.

The IOF had arrested her husband, Adnan Hamarsheh, a wheelchaired ex-detainee, several times and confiscated a car belonging to him. Reem was also jailed some years ago.
Israeli forces detain 2 Palestinian children in al-Bireh raid

Israeli forces detained two Palestinian children while playing in front of their homes, east of al-Bireh City, in the central occupied West Bank district of Ramallah. on Saturday evening.

During the raid, Israeli forces found the two children playing in front of their homes and assaulted them.

Sources added that following the assault, Israeli forces detained the two children and took them to the illegal Israeli settlement of Psegot, that is built on lands belonging to residents of al-Bireh City.

According to prisoners rights group Addameer, there are 5,440 Palestinian prisoners being held in Israeli prisons, including 209 minors, 46 of whom under 16 years old.

Israeli soldiers abducted, on Sunday at dawn, at least six Palestinians from their homes in several parts of the occupied West Bank, and two fishermen in Gaza territorial waters in the besieged coastal region.

The Palestinian Prisoners’ Society (PPS) has reported that the soldiers searched many homes in Bethlehem, and abducted Mahmoud Ibrahim as-Seer, 22, and Mo’tasem Mohammad al-‘Orooj, 21.

In Jenin, in northern West Bank, the soldiers abducted ‘Orwa Jad Kabaha, from his home in Barta’a town.

In Hebron, in the southern part of the West Bank, the soldiers abducted Yazan Lafi, from his home in the al-Arroub refugee camp.

It is worth mentioning that, on Friday and Saturday, the soldiers abducted Montaser Mohammad Sbeih, Rafat Taleb Darwish and Ra’ed Mohammad Harbawi, from Hebron, as they were crossing the al-Karama Border Terminal, heading back home from Jordan.

In Occupied Jerusalem, the soldiers abducted Radi ad-Daddo, from his home in the Old City.

Over the last two days, the soldiers abducted 12 Palestinians, including seven women, from Jerusalem, while crossing back into the West Bank through the al-Karama Border Terminal, and released most of them later.

In Ramallah, in central West Bank, the soldiers detained a Palestinian child, identified as Mohammad Anwar Abu Mosallam, only eight years of age, and released him three hours later.

In related news, Israeli navy ships attacked, Sunday, several fishing boats, in Palestinian territorial waters, in the northern part of the besieged Gaza Strip, and abducted two fishermen; one of them has been identified as Husam Barakat.

Israeli soldiers also opened fire at farmers on their lands, in Rafah and Khan Younis, in the southern part of the Gaza Strip.
Army Abducts A Palestinian In Hebron

Israeli soldiers abducted, on Sunday at dawn, a young Palestinian man from Hebron governorate, in the southern part of the occupied West Bank, during extensive invasions and violent searches of homes.

They added that the soldiers also invaded the home of Mahmoud Mohammad Abu Turki in Hadeb al-Fawwar village, southwest of Hebron, and illegally confiscated 3000 Shekels from a piggybank.

The soldiers left only 230 Shekels in the piggybank after confiscating the 3000 Shekels and claimed that the remaining amount is “the maximum amount of cash allowed at home.”

The soldiers also invaded the home of a former political prisoner, identified as Qadri Jamil Dweik, from Sinjer area in Doura town, south of Hebron, and violently searched it, in addition to ransacking the home of Emad Mohammad Ismael, in Beit Ula town, west of Hebron.
Israeli navy kidnaps two fishermen north of Gaza

The Israeli occupation navy on Sunday morning kidnapped two fishermen and confiscated their boat off the northern coast of the besieged Gaza Strip.

A reporter for the Palestinian Information Center (PIC) said that Israeli gunboats encircled a small fishing boat off the shore of Beit Lahia, rounded up two fishermen aboard it and seized their boat.

He affirmed that the detained fishermen were working aboard their boat within the permitted fishing area in the northern waters of Gaza.

Israeli gunboats are around Gaza fishermen almost every day, harassing them, shooting at them, damaging their boats, and making arrests. Sometimes fishermen are injured or killed during gunfire attacks.

Under the 1993 Oslo accords, Palestinian fishermen are permitted to fish up to 20 nautical miles off the coast of Gaza, but since then Israel has kept reducing the fishing area gradually to a limit of three nautical miles as part of its blockade on Gaza.

Fishermen and human rights groups also say that since the 2008-09 war in Gaza, the Israeli army has been regularly enforcing a limit even closer to the shore.
9 mar 2019
Army Abducts Palestinians, Fires Concussion Grenades At Cars, Near Hebron

Israeli soldiers abducted, on Saturday evening, a young Palestinian man and confiscated his motorcycle, in addition to firing concussion grenades at several cars at a sudden military roadblock, in Hebron governorate, in southern West Bank.

Media sources said the soldiers abducted Rafat Taleb Darwish, 20, after stopping him at a sudden military roadblock at the at-Tabaqa village junction, south of Hebron, and confiscated his motorcycle.

They added that the soldiers also fired many concussion grenades at Palestinian cars, while waiting to be allowed through a military roadblock at Kharsa village junction, south of Doura town, southwest of Hebron.

Eyewitnesses said the soldiers installed the sudden roadblock, before stopping and searching many cars, and fired concussion grenades at the vehicles, lined up and awaiting to be allowed through, causing damage to one car owned by a Palestinian, identified as Sanad Jom’a.
Israel releases four Palestinian fishermen

Israel released four Palestinian fishermen, on Friday evening, who were detained earlier off the northwestern coast of the besieged Gaza Strip.

The fishermen were reportedly assaulted by Israeli forces during detention.

Head of the Palestinian Fishermen Union in Gaza, Zakariya Bakr, told Ma'an earlier that the fishermen were forced to strip from their clothes and swim towards the Israeli ship in cold water, after they had surrounded the fishermen's boat and opened fire at them.

Omar Fuqaha, a Palestinian official in Tubas, reported that Israeli forces detained four Palestinian shepherds and two activists, pointing out that the shepherds were  herding their sheep in al-Farisiyeh.

The two activists were with the shepherds when Israeli settlers chased them out of the fields where they were herding their sheep; Israeli forces then arrived the detained all four shepherds and two activists.

Palestinian residents of the Jordan Valley regularly face evacuations and interruption due to Israeli military exercises on or near their land. The district of Tubas, meanwhile, is one of the occupied West Bank's most important agricultural centers.

The majority of the Jordan Valley is under full Israeli military control, despite being within the West Bank. Meanwhile, at least 44% of the total land in the Jordan Valley has been re-appropriated by Israeli forces for military purposes and training exercises.

Forming a third of the occupied West Bank and with 88 percent of its land classified as Area C, the Jordan Valley has long been a strategic area of land unlikely to return to Palestinians following Israel's occupation in 1967.

Between 500,000 and 600,000 Israelis live in Jewish-only settlements across occupied East Jerusalem and the West Bank in violation of international law, with recent announcements of settlement expansion provoking condemnation from the international community.

The Palestinian government has no jurisdiction over Israelis in the West Bank, and acts carried out by Israeli settlers often occur in the presence of Israeli military forces who rarely act to protect Palestinian residents.
Page:  5 - 4 - 3 - 2 - 1
Powered by