The Israeli Security Agency known as Shabak or the Shin Bet announced on Thursday the arrest of a Palestinian resistance cell that includes two men from Fahme town near Jenin.

The Israeli 0404 website, which is affiliated with the Israeli army, said that Israeli forces arrested over the past weeks two Palestinians. They had carried out shooting attacks at Israeli military sites in Salem military camp to the west of Jenin and Dotan settlement to the southwest of the city.

The arrested men were identified as Luai Saabneh, 34, activist of the Popular Front for the Liberation of Palestine and his cousin, Shafiq Saabneh, 26.

The website also claimed that some of the cars and weapons that were used in carrying out ant-occupation attacks by the arrested cell were confiscated. The Hebrew source also alleged that the arrested Palestinians admitted the charges brought against them and are waiting for trials.
51 Palestinian females detained in Israeli jails

Detainees and Ex-detainees Committee announced that fifty one Palestinian females are imprisoned in Israeli jails.

Nineteen out of fifty one women are held in Damon prison, while thirty two others are held in Hasharon jail.

The Committee highlighted, in a statement on Thursday, that among the females detained in Israeli prisons are ten minors.
Israeli Soldiers Abduct Two Palestinians In Northern Plains

The WAFA Palestinian News Agency said the soldiers abducted Aziz Sawafta and Mahmoud Sawafta, and took them to an unknown destination.

The army said it invaded the village to look for what it called “unlicensed irrigation networks” used by the Palestinian farmers.

Last week, the army invaded the village, and destroyed a water pipeline in the village under the same allegations.

The Media Committee of the “Freedom and Dignity” hunger strike in Israeli prisons, said the Israeli Prison Authority has transferred, Thursday, 41 hunger striking detainees from Asqalan Prison to Ohali Kidar.

Â The committee stated that the soldiers conducted repeated and extensive invasions and searches of the detainees’ rooms and belongings, before transferring the 41 to Ohali Kidar.

It added that the detainees were forced out of their room into the prison yard, many times last night, and at dawn, during the extensive searches that lasted for several hours.

Israel resorts to repeated invasions into the rooms and sections of various detention centers, especially during hunger strikes, and constantly keeps transferring the detainees, inflicting more hardships on them to force them to end their strikes.

According to the media committee of the “Freedom and Dignity” hunger striker, 50 leading prisoners from Hamas and other factions joined the hunger strike on Thursday, May 4. Hamed is among this group of new hunger strikers.

Ibrahim Hamed is one of the prominent prisoners in Israeli jails. He was sentenced to life 54 times after his detention in 2006.

Israel accuses of him of being responsible for carrying out and masterminding multiple resistance operations that led to the death of Israelis.
Palestinian mass hunger strike ongoing for 18th day in Israeli jails

An open-ended mass hunger strike by Palestinian prisoners to draw the world's attention to harsh conditions at Israeli prisons has entered its 18th day, with some of those refusing food undergoing a sharp health decline.

The Israeli prison authorities have stepped up crackdowns on the Palestinian hunger strikers, who have been starving for 18 consecutive days.

According to the strike’s media follow-up committee, the Ashkelon prison administration has transferred the hunger strikers to unidentified locations.

Nearly 1,700 Palestinian detainees have joined a mass hunger strike that has swept Israeli jails since April 17 to protest the infringement of their basic rights.

23 such mass hunger strikes had been staged by Palestinian prisoners in Israeli jails since 1967, the latest of which occurred in 2014 and lasted for 63 days to protest administrative detention, with neither charge nor trial.

Over recent weeks, sit-in tents, rallies, and e-campaigns, among other protest moves, have been staged by pro-Palestine activists, nationwide and overseas, in solidarity with the hunger strikers.

Meanwhile, human rights groups have sounded distress signals over the turn for the worse the hunger strikers’ health has started to take over recent days.
Israeli Soldiers Abduct Eight Palestinians In The West Bank

Israeli soldiers abducted, on Thursday at dawn, at least eight Palestinians, seven of them during extensive and violent searches of homes, and one who was abducted from his work in occupied Jerusalem.

The soldiers also smashed the front door of a home, belonging to Yousef Mohammad Bahar, and ransacked the property after breaking into it, and searched a garage owned by his son, Mohammad.

Also in Hebron, the soldiers invaded homes in Yatta town south of the city, and abducted a former political prisoner, identified as Khalil Hammad Zein, after searching his home, and the home of his brother Zein.

The soldiers also searched a blacksmith’s workshop, owned by Mahmoud Zein, and confiscated several machines, reportedly for being used to manufacture weapons.

In Nablus, in northern West Bank, the soldiers invaded Huwwara town, south of the city, and abducted Waleed Khaled Nimir, after searching his home.

In a letter from his Netsan isolation cell in Ramle prison that was published on Wednesday by the media committee for the hunger strike, captive Abu Hmeid said the Israeli Prison Service attempts to break the hunger strike through weakening the unity of prisoners, but have failed.

He underlined that the striking captives will continue fasting in full disregard to Israeli punitive measures including confiscation of their belongings as well as transfer and search operations. He called on the Palestinian masses to continue and escalate solidarity events with the striking detainees.
ICRC asks Israel to improve communication with prisoners

The International Committee of the Red Cross (ICRC) asked the Israeli authorities to improve communication between Palestinian prisoners and their families and to bear responsibility in full for this regard in accordance with the international human rights law.

Head of the ICRC delegation to Israel and occupied Palestinian territories, Jacques De Maio, pointed, in this regard, to family visits suspension  order against Palestinian hunger striking prisoners in Israeli jails.

He added that detaining Palestinian captives outside occupied territories decreases communication chances between prisoners and their families. The families have to get special permits and travel for long distances. They also endure strip searches and waiting for hours when passing through barriers as well as at the detention centers.
50 leaders of prisoners movement to join hunger strike

50 leaders of the Palestinian prisoners movement in Israeli jails announced on Wednesday that they will join the Freedom and Dignity hunger strike, which has been waged by more than 1,500 prisoners for the 17th day, on Thursday.

Abdulrahman Shadid, director of the prisoners' information office and a member of the prisoners committee of the national and Islamic forces, said during a press conference held in Gaza and Ramallah on Wednesday that 50 Palestinian prisoners from various Palestinian factions decided to join the strike.

Shadid, who is an ex-prisoner, affirmed that the retaliatory measures launched by the Israel Prison Service (IPS) have recently escalated against the prisoners in general and the strikers in particular, describing what is happening as a "war on prisoners".

He called on the Palestinian people to stand for the prisoners, adding that the new prisoners who decided to join the strike affirmed that they will not stand idly toward the IPS measures and that the strike will be broken only through a national agreement.
Calls on Palestinian embassies to activate prisoners' issue

The General Secretariat of the Popular Conference of Palestinians Abroad called on Wednesday on the Palestinian diplomatic missions all over the world to activate the Palestinian prisoners' issue and make their voices heard at international forums.

The General Secretariat stressed the need to advocate the prisoners in their Freedom and Dignity hunger strike against all the punitive measures launched by the Israel Prison Service (IPS).

The statement appealed to the signatories to the four Geneva Conventions, especially the third one, to consider the issue of the Palestinian prisoners and grant them their rights arising from the legal obligations of the Israeli occupation in accordance with these conventions.

The statement asked all human rights organizations, including the Palestinian ones, to file lawsuits against the Israeli practices and violations at the International Criminal Court.

It called upon the Palestinian people and factions, the Arab and Islamic nation, and the popular organizations to launch a series of activities in solidarity with the striking prisoners.

More than 1,500 Palestinian prisoners have been on hunger strike for the 17th day in a row challenging all punitive measures pursued by the IPS.
Hundreds of prisoners enter day 17 of hunger strike in Israeli jails

Hundreds of Palestinian prisoners entered on Wednesday, May 3, the 17th day of their open-ended hunger strike to demand basic rights despite Israeli punitive measures against them.

The Israeli prison authority still persists in its measures to punish the hunger strikers by continuing to transfer them from one place to another, isolate some of them, and deprive them of receiving visits from lawyers or families.

Their primary demands include more frequent and lengthy family visits, better incarceration conditions such as improved medical care, and an end to solitary confinement and administrative detention without charge or trial, according to the committee.
Israeli Soldiers Abduct Three Children In Beit Fajjar 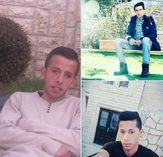 The Bethlehem office of the Palestinian Prisoners’ Society (PPS) said the soldiers broke into many homes, and violently searched them before abducting the three children, ages 15-17.

As hundreds of Palestinian political prisoners in Israeli prisons continue their hunger strike for the seventeenth consecutive day, three Jordanian detainees joined the strike, the National Committee for Jordanian Detainees’ Affairs has reported.

The committee added that the detainees in Israeli prisons are fighting a legitimate battle for their basic, internationally guaranteed, rights.

The Jordanian al-Ghad newspaper said the detainees are aware of the life-threatening consequences of the hunger strike, but are determined to continue because they are fighting for basic, fundamental rights.

It called on various local, regional and international human rights groups and organizations to intervene and end the escalating Israeli abuse and violations against the detainees, and to help them achieve these rights.

The Committee added that Israel is responsible for the lives of the detainees, and must be held accountable for its ongoing crimes and violations.

It is worth mentioning that Israel is still holding captive twenty-three Jordanians in its prisons.
IOF kidnaps two Palestinians from Fawwar camp

Local sources said that 19-year-old Wisam Maghalsa and 25-year-old Mohamed Khudairat were kidnapped from their homes in the camp.

Al-Qassam Brigades, the armed wing of Hamas Movement, gave Israeli occupation authorities (IOA) 24 hours to meet the demands of the Palestinian hunger striking detainees. The brigades said they will add 30 new names, every day following the time limit, to the swap deal list.

The spokesman of the Brigades Abu Obaidah said, in a televised statement on Tuesday evening, that the resistance will carry on struggle until the release of all prisoners.

He pointed out that al-Qassam Brigades along with the Palestinian people stand by the detainees’ side and support them by all means.

Abu Obaidah hailed the popular action that took place in Gaza on Tuesday in solidarity with Palestinian hunger striking captives and for lifting the Gaza siege. He called on Palestinians in the West Bank to mobilize and take to the streets on Wednesday in order to express their support and solidarity with prisoners.