A Palestinian hunger striker who has refrained from eating for 49 days, in protest his administrative detention, has lost his memory and is at risk of sudden paralysis, said the Palestinian Detainees Commission, Saturday.

According to WAFA correspondence, Ahmad Shadid, aged 20, who is currently receiving treatment at Assaf Harofeh Medical Center, inside Israel, has lost memory and a lot of weight, and may suffer paralysis at any time.

Shadid has also lost the ability to walk and suffers from chronic headaches and persistent symptoms of dizziness and imbalance, along with breathing difficulties, weakness in the heart muscle, vision problems and severe pain in the eyes, chest, and abdomen.

Shadid was detained on August 2nd, and held under administrative detention without charge or trial.

The commission called on the Israeli Supreme Court to release Shadid and “put an end to the policy of slow killing committed by the Israeli intelligence against the hunger striker.”

It held the Israeli government fully responsible for his life.

The Israeli Supreme Court has reportedly scheduled a hearing to be held on Monday, to look into his case.

In related news, three Palestinian brothers have been on hunger strike for 10 days, in protest of being held in solitary confinement in an Israeli prison, the Detainees Affairs Commission said in a press release .

Abdul-Salam, Nidal and Noureddin Amer, who come from the Qalqiliya-area village of Beit Amin, have started an open-ended hunger strike since November 2 in protest of being held in solitary confinement in the Israeli prison of Eshel.

Abdul-Salam and Nidal were detained three years ago and sentenced to life terms plus 20 years reportedly for the attempted kidnapping of an Israeli soldier to secure release of their brother, Noureddin.

Noureddin was reportedly sentenced to 55 years in prison. He has already spent 14 years in imprisonment, including the last three years in solitary confinement.

The committee warned against Israel’s disregard to Palestinian detainees and called for an immediate end to Israeli policies against them, especially sick detainees and others held in administrative detention and solitary confinement.
Palestinians injured, two kids arrested in W. Bank

Many Palestinian citizens suffered injuries during clashes on Friday afternoon with Israeli soldiers at the entrance to Taqua town in Bethlehem, while an Israeli military force kidnapped two children in Dura town in al-Khalil.

Local sources reported that two young men suffered rubber bullet injuries in the lower parts of their bodies and many others suffered from inhaling tear gas during clashes with soldiers in al-Sha’er street at the entrance to Taqua town, east of Bethlehem.

Similar clashes broke out between young men and soldiers in Aida refugee camp, north of Bethlehem. Some youths had tear gas injuries during the skirmishes.

In al-Khalil, the Israeli army closed on the same day the main entrances to Dura town and al-Fawwar refugee camp, which provoked angry protests from local young men.

Local sources said that skirmishes happened between young men and soldiers at the southern entrance to Dura town after two vital roads leading to Dura and Fawwar camp were closed by the Israeli occupation forces.

They added that the Israeli army ordered the closure of these two roads after settlers’ cars were reportedly attacked with stones on Road 60.

Meanwhile, two Palestinian kids were kidnapped by Israeli soldiers from Wadi Abul-Qamra area in Dura town, according to eyewitnesses.

The identities of the boys are still unknown

The soldiers also detained another boy aged 8 for some hours in the same area of Dura before letting him go.

In another incident, the presence of an Israeli military force in Beit Einun town, north of al-Khalil, triggered clashes with local young people on Friday evening.

Local sources said that soldiers set up a makeshift checkpoint at Beit Einun junction and embarked on searching passing vehicles, which angered local youths and prompted them to hurl stones and glass bottles at the latter.

Soldiers, in turn, launched gunfire and tear gas attacks against the protestors. The skirmishes continued for a while until the military force withdrew from the town later on the same day.
Israel Releases A Wounded Young Woman After Four Moths In Detention

The Israeli authorities released, Friday, Raghad Nasrallah Sho’ani, 18, after holding her captive for four months, following an Israeli court ruling, sentencing her to six-month suspended sentence for three years, and ordered her to play a 2000 Israeli Shekels fine.

Sho’ani was released at Jabara military roadblock, near Tulkarem, in the northern part of the occupied West Bank, where her family and dozens of Palestinians waited to welcome her back home.

Raghad was shot and injured by Israeli army fire prior to her abduction, four months ago, after the soldiers alleged that she intended to carry out a stabbing attack against then at the Qalandia military terminal, north of Jerusalem.

After being shot with two live rounds in the thigh, the soldiers abducted her without providing her medical treatment, interrogated her, and later took her to a hospital. Raghad is from Kafr Aqab neighborhood, north of occupied East Jerusalem.
11 nov 2016
IOF arrests ex-prisoner from Jenin

Local sources affirmed that the ex-prisoner Mohamed Yahia, 30, was detained after Israeli forces stormed and searched his house.

Yahia was arrested more than once by Israeli forces and spent more than three terms in Israeli jails.
Israeli court orders re-arrest of UK man

An Israeli court ordered the re-arrest of a dual UK-Lebanese national few days after being acquitted of “terrorism funding” charges.

Sherari, 49, was born in Lebanon but had lived in the UK for the last 23 years. He was arrested during a four-day visit to the West Bank in September 2016 and accused of providing cash and mobile phones to Palestinian resistance factions.

He was then released on November 1 after a judge ruled that his confession obtained by the Shin Bet security service had been extracted under physical and psychological pressure and without access to a lawyer. 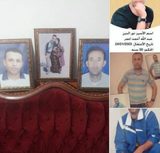 Three detained brothers from Beit Amin village, south of the northern West Bank city of Qalqilia, have been holding hunger strikes for 10 days, demanding removing one of them from solitary confinement, where he has been held for more than three consecutive years.

Two of the detained siblings, Abdul-Salam and Nidal Ahmad Omar, were taken prisoner three years ago, and were sentenced to life-terms and additional twenty years each.

They were convicted of abducting and killing an Israeli soldier, reportedly to hold a prisoner swap agreement to secure the release of their brother Noureddin Omar, who was taken prisoner 14 years ago, and was sentenced to 55 years.

The family called on human rights groups to intervene and monitor the conditions of their sons in Israeli prisons, especially amidst ongoing and escalating violations, and to act on ending them.
Jordanian national on hunger strike to support his jailed brother

Jordanian national Shaheen Mer’I announced his decision to go on an open-ended hunger strike in solidarity with his brother, Muneer, tortured in an Israeli jail.

“I took the decision as a means to pressurize the Foreign Ministry and Jordanian Embassy in Israel to urge the Israeli authorities to cease heavy beating and mistreatment against my brother, who has lost consciousness quite frequently.”

Shaheen insisted on keeping up his hunger strike until the promises made by the Jordanian Foreign Ministry to take action as regards his brother’s case see the day.

Recently, the Israeli occupation forces stormed Mer’I’s prison cell and subjected him to heavy beating, causing him to fall in a faint.

Following the move, the National Committee for Detained and Missing Jordanians in Israeli Jails issued a statement condemning the torture perpetrated by the Israeli prison authorities against Mer’I, among other detainees, in Gilboa jail.

The committee called on the Jordanian Government and Foreign Ministry to keep tabs on the case and take the necessary measures to cease such brutal practices perpetrated behind Israeli prison bars.

It further called for exerting pressure on the Israeli occupation authorities so as to allow prison family visits.

The Israeli Occupation Forces (IOF) carried out at dawn Friday a large-scale raid and arrest campaign throughout West Bank. Six Palestinians were detained during the campaign.

A leader in Hamas Movement was among the six detainees.

The leader in Hamas Movement Sheikh Nader Sawafda, 45, was arrested as Israeli forces violently broke into his house in Jenin.

The house was violently and brutally searched during the raid, family sources affirmed.

Sawafda, a candidate in the cancelled municipal election, spent more than 13 years in Israeli jails and was detained more than one in PA jails.

A military checkpoint was also erected between Yabad and Zabouba towns.

Meanwhile, violent clashes broke out in Sillat Harithia town west of Jenin as Israeli forces stormed the town and investigated a number of local residents before being released.

Similar raids were carried out in Nablus where differed homes were stormed and searched. A local resident was arrested during the raid.

Several locals were investigated during the raid.
One young man arrested in clashes with soldiers near Ramallah

Several Palestinian young men suffered from inhaling tear gas during violent clashes on Thursday evening with Israeli soldiers near the gate of Ofer military base, west of Ramallah city.

Local sources said that more troops were dispatched to the area of clashes to chase and capture young men.

They added that soldiers aboard vehicles chased the young men into the nearby town of Beitunia and arrested one of them before withdrawing.
Palestinian Detainees on 47th Day of Hunger Strike, Shackled to Hospital Beds

Palestinian hunger striker Ahmad Abu Fara, 29, is facing a critical health situation after 47 days of hunger strike. Held shackled to his hospital bed in Assaf Harofeh hospital, he has developed a problem pumping blood from his heart. Abu Fara is on hunger strike alongside Anas Shadid, aged 19.

Both have refused food since 25 September, in protest of their administrative detention (imprisonment without charge or trial) and are demanding their immediate release.

Mohja Al-Quds reported that his condition is very dangerous, and that he suffers from severe pain in his chest and abdomen. He has blurred vision and difficulty speaking. He continues to refuse medical tests and supplements despite increased pressure on him to end his strike.

Also on 9 November, the Israeli military appeals court postponed a decision on Abu Fara’s appeal against his administrative detention, requiring a comprehensive medical report to be submitted by 14 November.

Shadid is also suffering intense pain; he has had major migraine headaches as a result of the hunger strike as well as persistent dizziness and weakness. He has severely blurred vision and can speak now only with great difficulty. Shadid is also held shackled hand and foot to his hospital bed in Assaf Harofeh hospital.

Abu Fara and Shadid have been imprisoned without charge or trial since the beginning of August. Abu Fara hails from the village of Surif near al-Khalil, while Shadid comes from Dura village.

Meanwhile, former hunger striker and administrative detainee Fouad Assi was released on 9 November, after 14 months in Israeli prison without charge or trial. He engaged in a hunger strike for 54 days which ended in the agreement for his release, yesterday.  Upon his release, Assi, aged 30, told Asra Voice that Palestinian sick prisoners face very difficult conditions due to medical neglect, urging united Palestinian action for their release.