The Israeli magistrate court of Jerusalem released seven Palestinians on Tuesday evening and extended the detention of another, according to the Palestinian Prisoners Society (PPS).

Lawyer for PPS Mufid al-Hajj said in a statement that Ibrahim Suleiman Sanduqa, Mutaz Suleiman Sanduqa, Ramzi Muhammad al-Jubeh, Muhammad Hani Mahlus, and Mustafa Imad Eweis were released on the condition of paying a fine of 500 shekels and upon depositing a bail of 5,000 shekels.

Samer Abu Qadus and Sharif Taha were also released on the condition of paying a 1,000 shekels fine and depositing a bail of 5,000 shekels.

Meanwhile, the detention of Nawras Abu Ghazaleh was extended until next Friday. He was detained after posting “our time has come” on Facebook, amid an increasing crackdown by Israel on Palestinian activists, journalists, and civilians for alleged “incitement” on social media.

Earlier Tuesday, Israeli authorities have released other Jerusalemites on conditions of banning them from the city or the Al-Aqsa Mosque, putting them on house arrest, and paying fines and bails.

Dozens of Jerusalemites have been arrested over the past two days during Israeli raid and arrest campaigns throughout the occupied city.
IOF arrests 9 Palestinians including a woman

The Palestinian Prisoners Society (PPS) affirmed that four Palestinians including two minors were detained in Ni'lin town in Ramallah.

Meanwhile, two detainees were arrested in occupied Jerusalem including a woman.

Israeli soldiers invaded, late on Tuesday at night and early Wednesday, several districts in the occupied West Bank, broke into and violently searched many homes, and kidnapped nine Palestinians, including a woman from Jerusalem.

The Ramallah office of the Palestinian Prisoners Society (PPS), in central West Bank, has reported that the soldiers invaded Ni’lin village, before storming and searching homes, and kidnapped four Palestinians, including two children.

Family sources affirmed to the PIC reporter that Abu Shamla was isolated on Wednesday as he continues his hunger strike for the eighth consecutive day in protest against his administrative detention.

Abu Shamla, from Yabod town south of Jenin, was expected to be released a week ago, however Israeli authorities renewed his administrative detention.

He was arrested by Israeli forces earlier this year.
Israeli court confirms administrative detention of 13 Palestinians

The Ofer military court confirmed the administrative prison terms, with neither charge nor trial, of 13 Palestinian detainees, a  human rights group reported Wednesday.

Among those targeted by the court rule are Moussa Abd Raboh, Muhammad al-Khadour, Sinan Redwan, Waleed al-Khatib, and Thaer Zreiqa.
Palestinian woman injured, another kidnapped in clashes with IOF

A Palestinian lady was injured and another was kidnapped by the Israeli occupation forces (IOF) on Wednesday morning during clashes in Jerusalem’s northern town of al-Ram.

A PIC news correspondent said violent clashes broke out between Palestinian anti-occupation youths and the Israeli army troops in al-Ram.

The IOF targeted the Palestinian protestors with heavy spates of live bullets and teargas canisters.

A Palestinian lady was hit with a rubber bullet in her head and was rushed to a local clinic for urgent treatment.

Another unidentified woman was also kidnapped by the occupation soldiers from al-Ram.

An Israeli soldier reportedly sustained light wounds in the clashes.

Earlier on Tuesday evening, at least four Palestinian youngsters sustained bullet wounds and a paramedic choked on toxic gas during clashes with the IOF in al-Ram.

Tension has reached a zenith in Occupied Jerusalem after the IOF fatally shot 20-year-old Ali al-Sheyoukhi in Jerusalem’s eastern town of Silwan in overnight clashes.

Army Kidnaps A Palestinian Woman, Injures Another Woman And Scores Of Schoolchildren, In Jerusalem

Dozens of Israeli soldiers invaded, on Wednesday morning, the town of al-Ram, north of occupied East Jerusalem, injured a Palestinian woman, and kidnapped another, in addition to wounding dozens of residents, especially schoolchildren.

The Palestinian News & Info Agency (WAFA) has reported that dozens of soldiers, riding various armored vehicles, invaded the town, and stormed the home of Misbah Abu Sbeih, who was killed by army fire Sunday, and occupied its rooftop, in addition to several nearby homes and rooftops.

The soldiers also fired many concussion grenades, gas bombs and rubber-coated steel bullets, at the residents who gathered near the invaded homes.

The army also clashed with schoolchildren, who were walking to their schools in the town, and injured many of them with rubber-coated steel bullets, while dozens suffered the effects of teargas inhalation.

Palestinian medics rushed to the area, but the soldiers prevented them from entering the town, after declaring it a closed military zone.

In addition, the soldiers assaulted a Palestinian man while walking to a store to buy bread for his children, causing various cuts and bruises.

The soldiers also kidnapped a Palestinian woman, identified as Ghadeer Jamjoum, 35, on the main street of al-Ram, and took her to a detention and interrogation center in Jerusalem.

The town of ar-Ram has been witnessing ongoing clashes, amidst escalating military invasions, since the death of Abu Sbeih.
11 oct 2016
IOA releases Palestinian minor, extends 5 others’ detention

The Israeli Ofer court decided Tuesday to release the Palestinian minor Dawoud Sharara, 13, on a bail of 7,500 shekels, a rights group reported.

The Palestinian Prisoners Society (PPS) affirmed that the Israeli court also decided to extend the detention of three other minors to Oct.13.

Two other minors’ detention was also extended to Oct.14.

Family sources affirmed to the PIC reporter that Israeli authorities extended al-Natsheh’s administrative detention for six months for the second time under the pretext of a “secret file.”

Sheikh al-Natsheh was arrested on April 18, 2016 after Israeli forces violently broke into his house in al-Khalil.

He was held since then in administrative detention according to which hundreds of Palestinians are jailed without charge or trial. 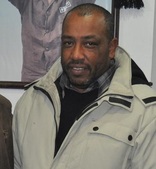 The Israeli Magistrate court decided Tuesday to release the director for the Jerusalem chapter of the Palestinian Prisoners Society (PPS) Nasser Qawas after imposing on him a fine of 500 shekels.

He was also prevented from entering al-Aqsa Mosque for 45 days. Qawas was detained by Israeli forces in occupied Jerusalem Sunday and taken to an interrogation center after being brutally attacked.

Qawas, 45, has been detained tens of times by Israeli forces according to PPS, most recently in June when he was assaulted and taken in for interrogation.

Qawas was among 39 Palestinians who were detained in extensive raids across Jerusalem, while a total of 51 Palestinians were detained across occupied West Bank between Sunday night and Monday.
Nine minors, two brothers kidnapped in Aida camp and Beit Ummar

Local sources said that plain-clothes soldiers rounded up nine teenagers during clashes with military forces in Aida camp and took them to an unknown place.

The sources added that soldiers fired volleys of tear gas grenades and rubber bullets at the young men during the events.

In al-Khalil, two young brothers identified as Alaa and Odai Abu Maria were kidnapped from their home in an IOF campaign in Beit Ummar town. The IOF also raided and ransacked several homes in Asida area of the town.

Palestinian prisoner Ahmed Abu Fara, who has been on hunger strike for 18 days in protest at his administrative detention, decided recently not to drink water.

According to his brother, Ramzi, Abu Fara has been refusing to take water because of his exposure to maltreatment in the infirmary of the Ramla jail.

As a result of his hunger strike, Abu Fara has become in very poor health and physical condition, he brother said.

The hunger striker was arrested on August 11, and he had already spent about two years in Israeli jails.
Arson attacks on Israeli targets in Jerusalem and Bethlehem

A wave of violent events broke out on Monday night in Occupied Jerusalem and Bethlehem, where local young men attacked a police car, power lines, and an electricity facility with Molotov cocktails.

According to the Hebrew website 0404, an Israeli police vehicle was attacked with an incendiary bottle in Silwan district, south of the Aqsa Mosque. No one was injured in the attack.

In Bethlehem, a group of young men attacked the electricity station of Betar Illit settlement in Nahalin town with Molotov cocktails, causing damage to it.

In al-Khalil city, Israeli soldiers stormed Jaber neighborhood and detained several young men after an Israeli bus boarded by settlers was attacked with stones and iron pieces on a nearby road.
Page:  6 - 5 - 4 - 3 - 2 - 1
Powered by